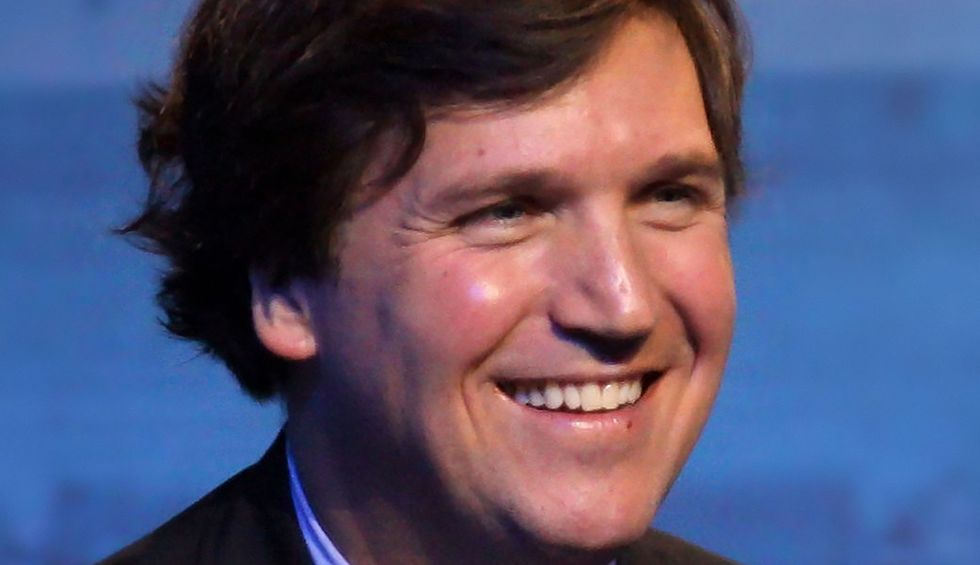 The dirtiest trick might be parody, especially as Roger Stone will get his federal  sentence commuted by Trump even as history might be first tragedy, then repeated as farce. Perhaps Stone will get Trump’s face tattooed on his chest.

The first draft of history or the revisionist, bowdlerized version of it, has gotten written by some RWNJ Dartmouth grads. That includes Dinesh D'Souza, his ex-girlfriend Laura Ingraham, and now Blake Neff, who has recently resigned from Fox News.

The top writer for Fox News host Tucker Carlson has for years been using a pseudonym to post bigoted remarks on an online forum that is a hotbed for racist, sexist, and other offensive content, CNN Business learned this week.

On June 26, (Blake) Neff wrote that the only people who care about changing the name of the NFL's Washington Redskins are "white libs and their university-'educated' pets."

And over the course of five years, Neff has maintained a lengthy thread in which he has derided a woman and posted information about her dating life that has invited other users to mock her and invade her privacy. There has at times also been overlap between some material he posted or saw on the forum and Carlson's show.

Neff worked at Fox News for nearly four years and was Carlson's top writer. Previously, he was a reporter at The Daily Caller, a conservative news outlet that Carlson co-founded. In a recent article in the Dartmouth Alumni Magazine, Neff said, "Anything [Carlson is] reading off the teleprompter, the first draft was written by me." He also acknowledged the show's influence, telling the magazine, "We're very aware that we do have that power to sway the conversation, so we try to use it responsibly."

When asked in a 2018 appearance on Fox's "The Five" about the writing process for his show, Carlson said he spends hours working on scripts, but referred to Neff by name, saying he was a "wonderful writer" and acknowledging his assistance. And Carlson credited Neff in the acknowledgments of his book, "Ship of Fools," for providing research. In the acknowledgments, Carlson said that Neff and two others who helped with the book "work on and greatly improve our nightly show on Fox."