Trump’s withdrawal from WHO: A cover-up for his abject failures 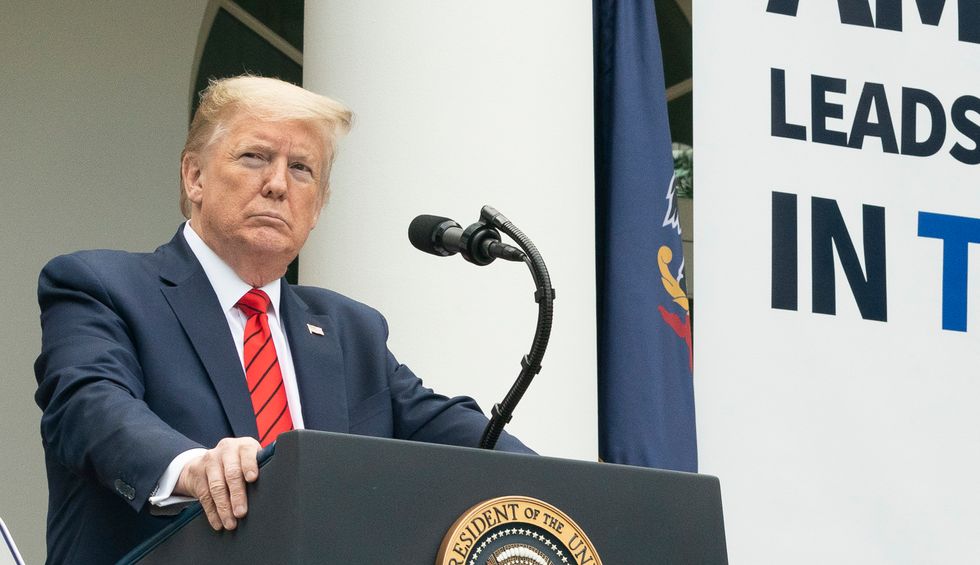 Microbes do not recognize borders. We are all safe only when everybody is safe. In a pandemic, to attack the only body we have for global cooperation endangers everyone. That is why the U.S. withdrawal from the World Health Organization (WHO) is dangerous not only for the United States, but for all of the world.

Trump’s decision to withdraw from the WHO is a continuation of his wielding a wrecking ball to the international framework of treaties and organizations. Whether it is arms control, climate change, trade or the WHO, the United States sees these agreements and institutions as fetters on its hegemonic powers to shape the world. Trump may express this pathology in its most ugly form, but the disease runs far deeper.

Trump’s excuse for withdrawing from the WHO is that it did not do its job well on the COVID-19 epidemic and was soft on China. Condemning Trump’s move, Devi Sridhar, professor of global public health at the University of Edinburgh and adviser to the Scottish government, tweeted, “Donald Trump’s withdrawal of U.S. from the WHO ignores the key role the agency plays in outbreak prevention and response. Not only for COVID, but also for polio, malaria, TB, plague, yellow fever, cholera, Zika virus, and neglected tropical diseases.” She also pointed out that it is because of such international agreements that the WHO received information from China on the novel pathogen on December 30, 2019, and declared the “highest alarm bell the world has”—a Public Health Emergency of International Concern—on January 30, 2020.

Trump is trying to pass the buck to the WHO for his administration’s abject failure to prepare the United States for the COVID-19 pandemic and its handling of the epidemic. The U.S. Centers for Disease Control and Prevention (CDC) could not even prepare a proper test kit for two months for detecting SARS-CoV-2, the virus that causes the COVID-19 disease. China, Germany and South Korea, to name a few, all had working test kits well before the CDC. One of these, Berlin’s Charité hospital test kit, has been supplied by the WHO to more than 120 countries. The WHO had delivered this test kit to 57 countries well before the CDC—with an annual budget almost three times WHO’s (the CDC’s annual budget is about $6.8 billion against the WHO’s two-year budget for 2020-2021 of about $4.8 billion)—could get its test kits to work.

The United States has a bipartisan unity on its being the sole global hegemon. Its wars of invasion—from Korea to Vietnam, Afghanistan to Iraq—have had bipartisan support. Its right wing, which in any other part of the world would be regarded as the loony right, believes that it can impose its will on the world through unilateral action: using military force and economic sanctions. The other side, the more globalist right—there is no left or centrist forces in the U.S. leadership of either party—believes that this hegemony can be exercised more easily with a combination of using the global institutions from within and unilateral action outside.

What Does the WHO Do, and What Are the Risks to the World of a U.S. Pullout?

Almost all countries have reposed their faith in the WHO as the only international instrument we have in fighting pandemics and infectious diseases. So the U.S. action will inflict some financial damage to the WHO, but it is not a threat to its existence or mandate.

Because the assessed contributions are too low to fund the WHO on their own, voluntary contributions from countries and private funders have become the major component of its budget. Consequently, the WHO has become progressively more dependent on private interest groups and country interests that then dominate its agenda. After the United States and the UK, the Bill and Melinda Gates Foundation is the third biggest contributor to the WHO’s total budget.

Compared to its mandate of health for all, and fighting disease and epidemics across the world, it is a measly budget. Just put the WHO budget numbers in perspective—as I mentioned above, the U.S. CDC’s annual budget is roughly three times bigger than that of the WHO. The WHO also has no powers over sovereign countries, and has to work with governments.

Even with these constraints, the WHO has had remarkable success in eradicating smallpox, bringing down the number of polio infections from the scourge they once were to today’s small numbers, and interventions in other infectious diseases. Controlling the Ebola epidemic required multi-country and multi-agency cooperation that would not have been possible without the WHO’s intervention (albeit its efforts had some critics). It is the only agency with technical competence, drawn from different regions, that can coordinate the efforts of different countries and their agencies.

Sure, we can criticize the WHO for its mistakes, initially on not advising the wearing of masks and not emphasizing the role of airborne fine droplets or aerosols in closed spaces. However, it raised the flag of pandemic early, it came out with clear recommendations on testing and tracking, and its multidisciplinary team worked with China to control the epidemic there, figuring out information essential to combat the virus and sharing it with the world.

A WHO report released on February 24 based on its collaboration with China made other countries aware that controlling the spread of COVID-19 required a more stringent protocol that is more like that of SARS than the flu. As a result, policy changes were made in countries like New Zealand. Countries who had experienced the 2003 SARS outbreak, such as Vietnam and South Korea, were already following SARS protocol of using masks, extensive testing and isolating those infected. Vietnam, in spite of a shared border with China, has controlled the epidemic completely and has not reported a single COVID-19 death.

Why is the WHO’s coordinating role so important? Unlike human populations, microbes have no borders. They travel not only locally through water and air, but also, in an interconnected world like ours, via passengers traveling by air, water or land. They infect animals and birds, both domesticated and in the wild. That is why quarantining the infected and isolating countries from others is only a short-term measure. The only long-term way to fight epidemics is either to eradicate it completely or to confine it to small pockets of outbreaks, through vaccines and other public health measures. This battle cannot be won by one country. That is why gutting the WHO, the only competent public health instrument of global cooperation we have, is a road to disaster.

While there have been many warnings that a new pandemic was inevitable, the flu virus was thought to be the major threat. Its ability to mutate rapidly, using reservoirs of domesticated animals—chickens and pigs—and migratory birds, has been recognized as a long-term pandemic threat. The memory of the 1918 influenza epidemic lent credit to the seriousness of the flu threat.

The WHO has created a global network and infrastructure that can monitor flu outbreaks all over the world. Its Global Influenza Surveillance and Response System (GISRS), functioning for more than 65 years, identifies “novel influenza viruses and other respiratory pathogens” and provides vital information for the upcoming season’s likely flu strains and vaccine composition recommendations. The GISRS is the only global platform that allows countries to share virus strains so that they can receive vaccines through the WHO’s programs at concessional rates, and not at the prohibitively expensive market rates for the poorer countries.

Which countries benefit from such a virus sharing platform? The bulk of influenza vaccines are used in the United States and western Europe. The United States uses more flu vaccine than any other country. Meanwhile, nearly 50 percent of the global population—Africa, West Asia, South Asia, and southeastern Asia—uses only 5 percent of the world’s flu vaccines, even though the bulk of flu samples come from these countries.

Walking out of the WHO leaves at risk not only the global flu program, but also our ability to fight a new influenza pandemic that can rival the one in 1918. At that time it killed an estimated 50-100 million people (15-20 million of those casualties were in British India alone). Since the world’s population was about one-fourth of our current numbers, this would mean a casualty of 200-400 million by today’s count, even without factoring in the effects of modern travel’s ability to speed up the spread of contagions.

No matter where a disease begins, stopping the spread at the source before it becomes a pandemic also protects the populations of other countries. Why then would the United States pull out when it is the net beneficiary of the WHO’s disease monitoring and prevention program?

The right wing opposes public health policies in favor of individual-centric, privatized health care, with Big Pharma mopping up huge profits from life-saving medicines. This remains the case now, even though a pandemic can only be successfully fought at the global level. Public health yields immeasurable profits for society, but not for private hospitals or Big Pharma.

The WHO, with its warts and all, still stands for global cooperation and fostering public health policies, and is the only instrument we have for global cooperation. It is hated by the right wing precisely for these reasons. The right-wing friends of Trump—Jair Bolsonaro, Boris Johnson and Narendra Modi—do not criticize the United States for quitting the WHO, even though their countries need the WHO as much as the rest of the world. The attitude that every person must be for themselves, and every country for itself, is a part of their worldview as well.

Prabir Purkayastha is the founding editor of Newsclick.in, a digital media platform. He is an activist for science and the free software movement.