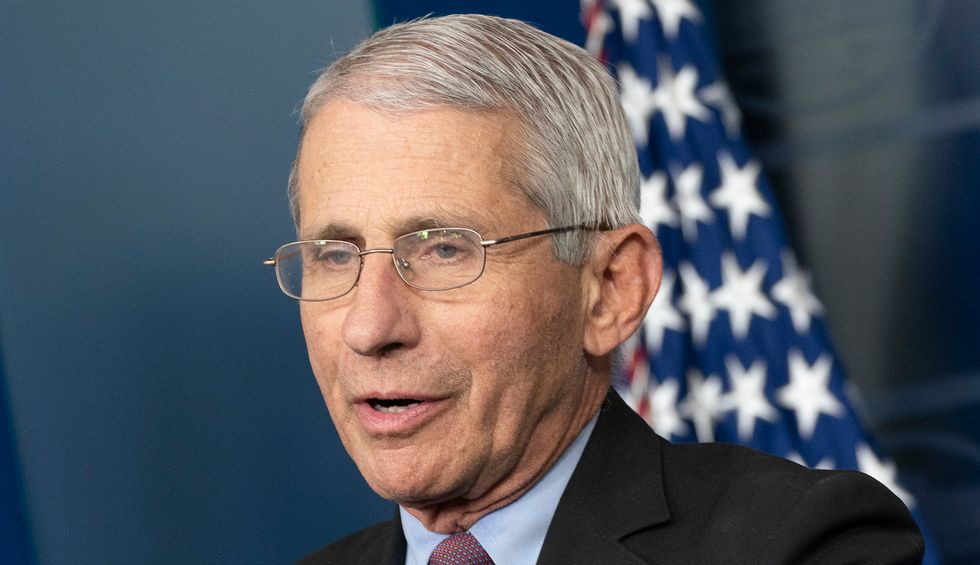 Even as the COVID-19 pandemic spirals out of control, mostly in Republican-led states that were contemptuous of basic pandemic precautions even as New York showed how vital they were, Donald Trump continues to obsess over punishing his perceived enemies, using corrupt means to reward allied criminals, and making new declarations of imaginary victory even as 130,000 Americans lie dead. His White House aides, sycophantic suck-ups one and all, continue to do their very best to assist.

Team Trump's latest declared target is therefore Dr. Anthony Fauci, the government infectious disease expert now known for Publicly Disagreeing with a delusional shitposting idiot even as other members of the White House coronavirus "task force" muddy their own public stances to avoid angering the orange incompetent. On Sunday the Trump team mounted a full assault on Fauci, one conducted both anonymously and fully aided by a political press corps still incapable of dealing with the moment. As usual, it is apparently based solely on appeasing a crabby and pouting Trump.

The new Team Trump attack on Fauci is premised on a Trump declaration to, also as usual, Fox News meathead Sean Hannity. During a Fox News interview with Hannity, Trump dismissed Fauci as making "a lot of mistakes." By Sunday Dear Leader's White House team had thus assembled a talking point list about all of Fauci's "mistakes" in the outbreak, and shopped it vigorously to the press.

The notion of the Trump-Pence White House team assembling a list of somebody else's purported pandemic missteps, and for the sole sake of propping up Dear Leader's own delusional claims (yet again), ought to be a rich source of shame, but the White House has been purged of it. The sea of supposedly top-class political reporters eager to grant anonymity to "an official" releasing "a statement" declaring that other "officials" have things to say about Fauci, all of them from behind a curtain, is pathetic.

The Washington Post was, however, at least willing to provide some insight on how this attack likely came to be. Last week the White House's continued efforts to limit public appearances by Fauci and other government experts publicly erupted again after CBS Face the Nation host Margaret Brennan told viewers that "we have not been able to get our requests for Dr. Fauci approved by the Trump administration in the last three months, and the CDC not at all."

According to the Post, this public revelation led to the White House approving Fauci appearances on PBS, CNN, and NBC. But after Fauci appeared on a Facebook Live event last Tuesday with Democratic Sen. Doug Jones, in which Fauci called the Trump-pushed notion that declining death rates showed that the nation's pandemic response was improving a "false narrative" and "false complacency," the White House again cancelled all those appearances. Within two days, Trump himself was nipping at Fauci from inside Hannity’s welcoming swamp.

Short version? The pandemic is now taking off throughout the country, but the Trump team's top priority remains coddling an unstable ever-raging incompetent through each day rather than taking obvious steps to control it. Again. Still. The U.S. death toll is now all but assured to reach a quarter million, and may grow far beyond even that, but Trump, Pence, and their top advisers remain obsessed with retaliating against anyone who might warn Americans what the reality of the situation truly is.