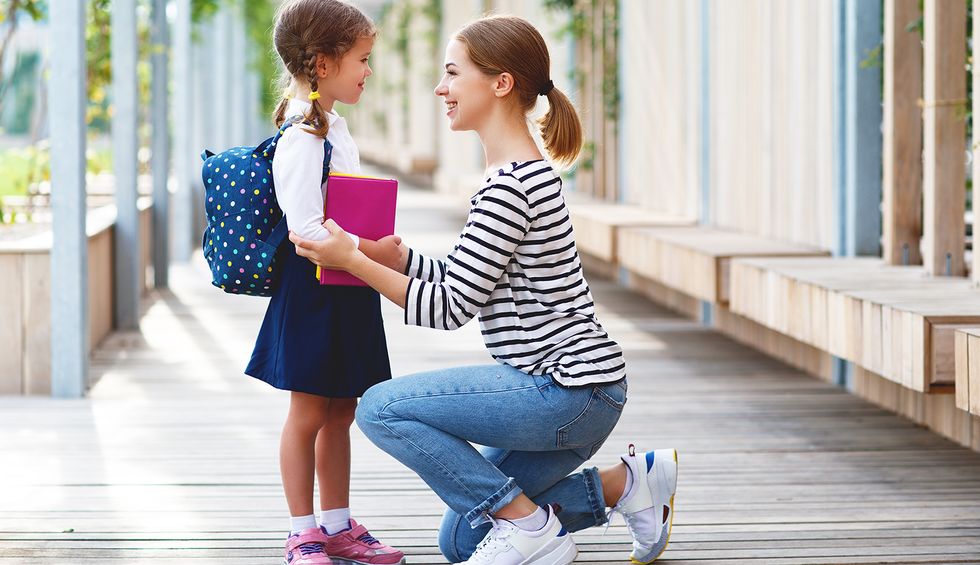 It's hard to avoid a sense of déjà vu as the Trump regime threatens to withhold federal education funding from states that refuse to re-open their schools this fall. The contours of the "debate," such as it is, perfectly align with the one we had a couple of months ago about re-opening businesses in the midst of a pandemic.

Then, as now, conservatives tried to frame the issue as a choice between re-opening and staying stuck in quarantine indefinitely. Those less moored to reality, including the President, insisted that proponents of quarantines were only motivated by a desire to undermine Trump's prospects for re-election. The real divide at the time was between those of us who wanted to follow the science, build up adequate testing and contact-tracing capacity and re-open safely once the rate of infection had declined, and those, mostly on the right, who wanted to re-open prematurely either because they believed we'd achieve herd immunity if we let the outbreak run its course or because they thought Covid-19 was a "hoax" that was no more serious than the seasonal flu.

Today, every parent is dying to get their kids back in school, regardless of their political leanings, ethnicity, socio-economic status, etc. Most parents--and most communities--are rightly wary about sending their kids to congregate indoors in the midst of the pandemic. And once again, Trump and his supporters are heedless of the obvious dangers, claiming that the guidelines issued by his own Centers for Disease Control and Prevention (CDC) for doing so safely are too onerous and threatening to withhold federal dollars from communities that won't bend to his will.

And just as with the question of when to re-open businesses, Trump's narcissism renders him incapable of grasping that people actually care about not getting sick or dying.

Corrupt Joe Biden and the Democrats don’t want to open schools in the Fall for political reasons, not for health re… https://t.co/A6oobWptMR
— Donald J. Trump (@Donald J. Trump) 1594066302.0

Republicans won the fight over re-opening. States with Democratic governors did so more cautiously--with stricter rules in place and populations that are on average more accommodating to wearing masks in public--but re-open they did. In most cases, they did so at a time when most epidemiologists said it was still too soon, and that was in large part due to coercion by the federal government.

As I wrote last week, the GOP, which has long championed local control of government and states' rights when it was convenient, gave them little choice:

Trump and his party have steadfastly refused to include aid to state and local governments in the $3.6 trillion in Covid-19 relief funds doled out by the federal government to date.

The lockdowns have decimated state revenues even as their healthcare and other safety-net costs spiked. States are limited in their ability to borrow, so they’ve faced intense pressure to try to get their economies moving again to avoid massive layoffs that economists say would turn a crippling recession into another Great Depression.

Pushing to re-open without adequate planning in place to contain new outbreaks has proven disastrous.  California, Georgia, Florida and states across the Southwest State face staggering numbers of new infections. But state and local budgets remain a historic mess and the regime still believes that it can wish away Covid-19, get back to normal and have a decent shot at winning a second term in November. So they're going back to the playbook they used to force states to go along with their strategy.

It's not hard to see how this will play out. Republicans will try to turn opening schools into a political football. They'll argue that the harms of keeping kids at home outweigh the risks instead of developing any serious plans for opening schools back up safely or making the necessary investments to do so. The public, which polls consistently found to be opposed to re-opening the economy before the outbreak was contained, will not be on their side--certainly not with their kids' health in the balance.

And then, because policies grounded in delusion are inevitably overtaken by reality,  it will become apparent that we're nowhere near ready to re-open schools and Republicans will have no choice but to reluctantly acquiesce.  Some states with low infection rates and decent governance may be able to pull it off, but most kids will remain stuck at home, and their parents will be stuck with them.

When that happens, it's important to remember that nobody ever wanted to keep schools closed for a moment longer than necessary, and to connect the hardship of home-schooling one's stir-crazy children with Republicans' steadfast refusal to manage anything other than the politics of this pandemic.