Trump’s ‘magical thinking’ has been getting one reality check after another: conservative 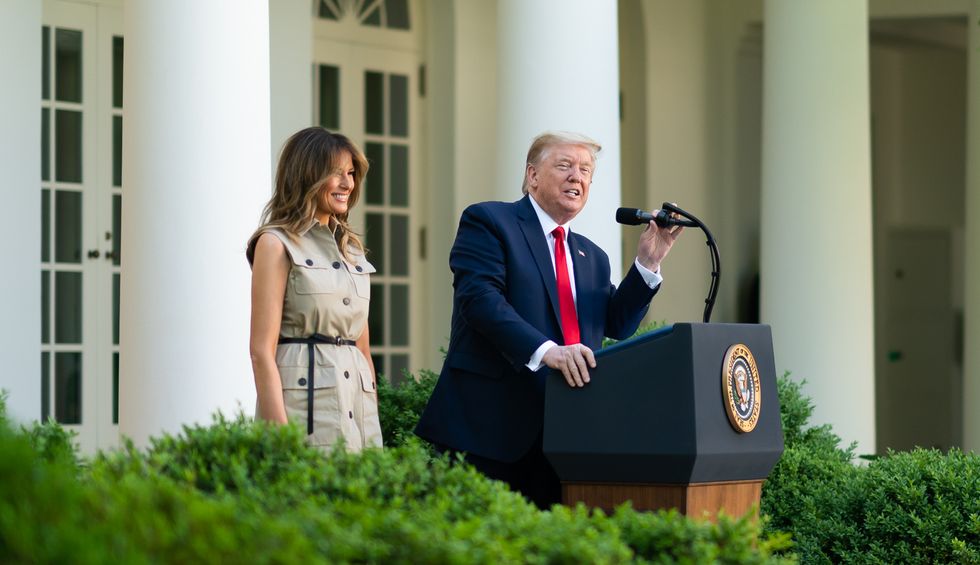 After months of insisting that the Republican Party would hold a massive convention despite the coronavirus pandemic, President Donald Trump delivered a bombshell announcement during his Thursday, July 23 White House press briefing: the Jacksonville event has been canceled. The president, Never Trump conservative Amanda Carpenter stresses in a July 24 article for The Bulwark, got a reality check. According to Carpenter (former communications director for Sen. Ted Cruz of Texas and now a CNN contributor), reality is something Trump has often tried to ignore during the coronavirus pandemic — but reality is still there whether he likes it or not.

“President Trump is making history again — not the kind of monumental, glorified achievements he envisions, though,” Carpenter writes. “This time, he’s become the first president in modern history to foul up not one, but two, of his own conventions. In the same summer. That’s gotta be a record.”

“You may also recall that in early June, Trump pulled the Republican convention out of North Carolina because the governor (Roy Cooper) would not guarantee that the event could be held at full capacity because of the need for social distancing in the midst of a pandemic,” Carpenter recalls. “Trump did not like this. Not one bit…. And you may finally recall that Trump then took his convention to Jacksonville.”

“I mean, really, who could have possibly known that packing thousands of people indoors — not just in an arena, but in restaurants, hotels and taxis — was never going to work?,” Carpenter says with biting sarcasm. “Our great president may understand the science behind the coronavirus better than anyone, but he’s not a fortune teller.”

"Trump is making history again. Not the kind of monumental, glorified achievements he envisions, though. This time… https://t.co/OJ8FlX4gTN
— Charlie Sykes (@Charlie Sykes)1595602233.0

Carpenter goes on to say that Trump has spent months being totally unrealistic during the pandemic. At a White House press briefing on March 24, for example, he predicted that the U.S. would “reopen” by Easter.

“The country was never going to ‘reopen’ by Easter any more than someone was going to host a massive political convention this summer,” Carpenter stresses. “But this is what Trump does. He and his enablers in the media used the ridiculous Easter miracle prediction as a cudgel to beat on people who were trying to take public health seriously and stop the spread of the virus — right up until the moment that reality positively forced them to concede that they were being fatuous.”

Carpenter recalls that in an April 6 tweet, Trump “mocked” former Vice President Joe Biden for wanting the 2020 Democratic National Convention to be held online — and now, he has come around to Biden’s way of thinking and realizes that the GOP’s convention will have to be an online event.

“When Trump and his people construct their alternate realities, it’s other people who always end up footing the bill,” Carpenter writes. “With the coronavirus, we’re closing in on 145,000 Americans who paid for Trump’s magical thinking with their lives. In regards to the two aborted conventions, thankfully, the price has been less steep: just the planning costs and debts incurred by local municipalities and businesses to hold events that everyone knew — or should have known — were never going to happen.”