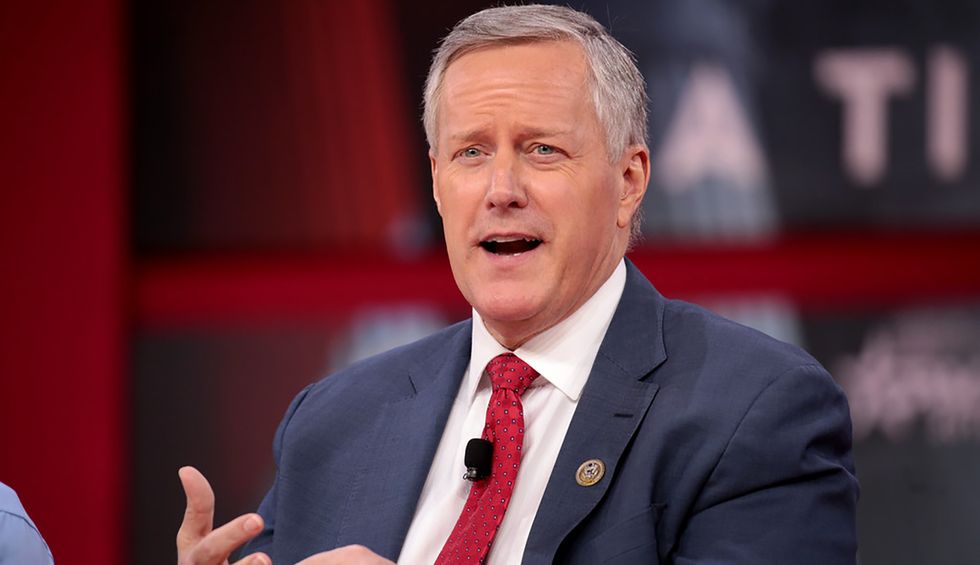 According to a report from Politico, White House sources claim that Donald Trump’s latest chief of staff, Mark Meadows, has found the job of policing the activities of the president not as easy as he had anticipated and stated he will only stay on for one more year at best should Trump be re-elected.

The report notes that White House officials are saying Meadows is frustrated in the job, which has been a revolving door since Trump’s first chief of staff, Reince Priebus, who was then followed by Gen. John Kelly and then Mick Mulvaney.

According to the report, Meadows left his previous job as a House Republican and brought a smattering of staffers along with him to help implement changes in White House operations but, like his predecessors, has been stymied by an unpredictable president.

“Meadows has yet to establish a strong power base in a White House known for backbiting — and he has not been able to execute on many conservative priorities, according to interviews with a dozen current and former senior administration officials and Republicans close to the White House,” Politico reports, adding, “Several administration officials, Republicans close to the White House and conservatives have been underwhelmed at the Meadows tenure so far.”

Faced with that, Meadows has told associates he already has plans to leave — if not after a Trump defeat, sometime in 2021, with the report stating, “he’ll only stay in the role for an additional year, if that long.”

According to Chris Whipple, who has written extensively about White House chiefs of staff, the failure of Meadows to bring order to the White House is no surprise.

“Look at what has happened on Meadows’ watch: the walk to Lafayette Square, the complete mishandling of the Covid-19 crisis, the defense of the Confederate flag and the botched handling of the intelligence on the Russian bounties on U.S. soldiers. We could go on and on. It has been one of the worst stretches of the Trump presidency,” Whipple explained. “He took the job, so he owns it. That was his first big mistake.”

The report goes onto to note that Meadows has run into the same obstacle — outside of Trump — that dogged the previous Trump chiefs of staff: Jared Kushner.

“Meadows also sought to exert his control early on by overseeing and approving all staff promotions, raises, presidential commissions and detailees to White House to make sure the chief’s office had a handle on personnel. That worked fine until Kushner complained and told Meadows his staff was off limits. Meadows eventually acquiesced to Kushner’s demands, according to four people familiar with the matter,” Politico reports before adding that their relationship has improved and Trump’s son-in-law tasked him with finding leakers in the White House.

Politico also reports that Meadows has no regrets about taking the job, before adding that conservatives are displeased with him for not “living up to his reputation as the former chairman of the House Freedom Caucus” and implementing their agenda from the White House.