Trump admits he’s ‘not a good loser' and will ‘have to see’ if he accepts election results: ‘Not going to just say yes’ 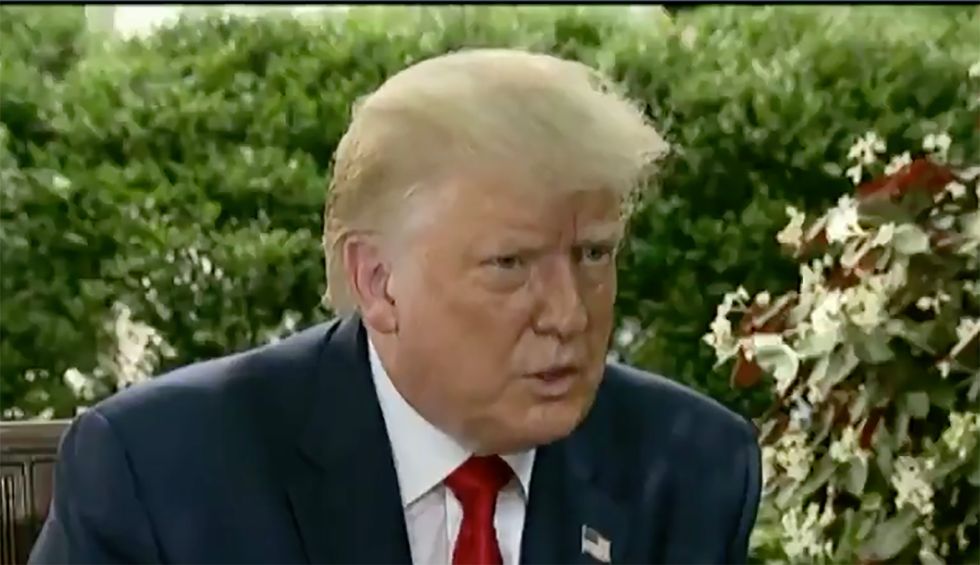 President Donald Trump is refusing to say if he will accept the results of the November 3 presidential election. In a wide-ranging Fox News interview the president would not give a straight answer, dodged the question, and insisted the election would be “rigged” due to mail-in voting.

Wallace asked Trump if he is “gracious.”

The President shrugged, his right eye seemed to close, and then he refused to give a straight answer to that question also:  “You don’t know until you see. It depends.”

He did not say on what, but falsely claimed mail-in voting “is going to rig the election.”

Wallace pressed Trump, asking if he was “suggesting” he would not accept the results.

“No. I have to see,” the president replied.

Wallace then reminded the President that during the 2016 debates he told Trump about the peaceful transition of power.

“Can you give a direct answer? You will accept the election?”