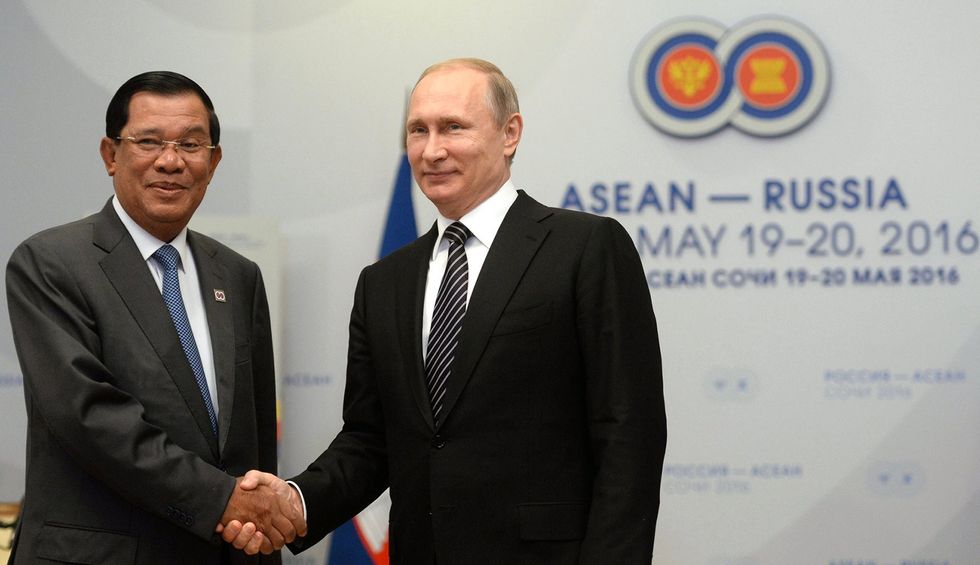 While the world was focused on President Donald Trump’s overnight blindsiding of the Pentagon and U.S. allies, announcing he is pulling troops out of Syria so Turkey can crush Kurdish forces that have helped the U.S. fight ISIS, the Trump administration was quietly laying plans to pull out of a key and critical compact, the Open Skies Treaty.

First proposed in 1992, since 2002 the Open Skies Treaty has allowed the now 34 signatory nations to fly over each others’ territory for the purpose of monitoring and recording military deployments and movements.

In the real world, the Open Skies Treaty allows the most powerful nations on earth to monitor Russian military movements.

And President Trump wants to end that.

Experts are perplexed and outraged.

Investigative journalist and expert on Russia, Ukraine, and Eastern Europe says “Trump is acting like a kamikaze pilot destroying America in any way he can and in a hurry”:

Trump is considering pulling out of the open skies treaty. Definitely a birthday weekend for Putin At this point t… https://t.co/sRtLG6OYpL
— Olga Lautman (@Olga Lautman) 1570485377.0

Dr. Michael Carpenter’s résumé says all you need to know:

“Dr. Carpenter previously served in the Pentagon as Deputy Assistant Secretary of Defense with responsibility for Russia, Ukraine, Eurasia, the Balkans, and Conventional Arms Control. He also served in the White House as a foreign policy advisor to Vice President Joe Biden as well as on the National Security Council as Director for Russia. Previously, Dr. Carpenter was a career Foreign Service Officer with the State Department.”

He says pulling out is a bad idea:

I've been very critical of Russia's cheating on the Open Skies Treaty and I do believe we need a serious discussion… https://t.co/WWJvvQL7Te
— Michael Carpenter (@Michael Carpenter) 1570484062.0

The Trump administration is pulling out of the Open Skies Treaty, which allows the United States and our allies and… https://t.co/GmHOoa2Xgn
— Julia Davis (@Julia Davis) 1570484260.0