The blowback over masks is just the latest faux conservative outrage 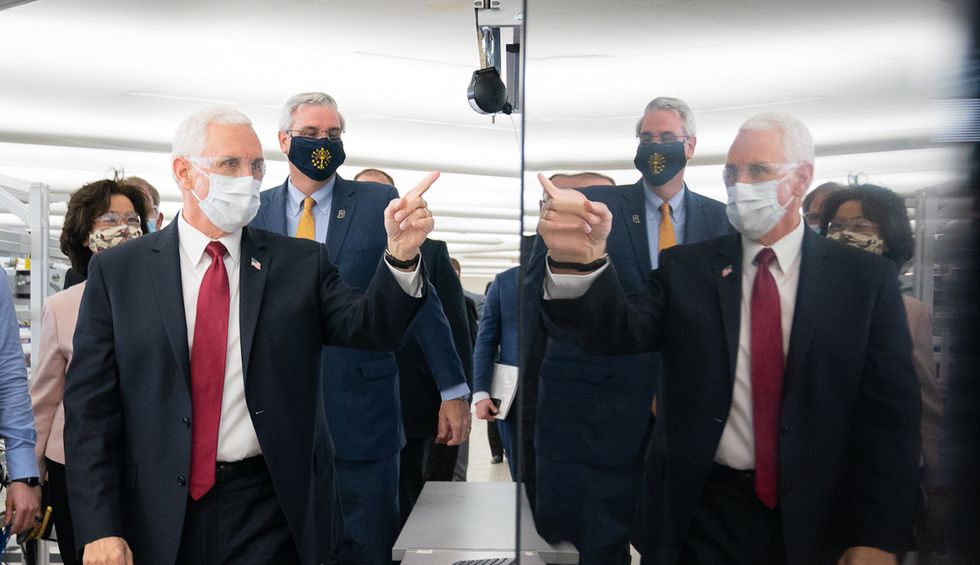 The bizarre “conservative” idea of “freedom” has struck again.

Margaret Sullivan reported in the Washington Post on a new study that shows what we all intuited: people who get their news from Fox and right-wing hate radio—both promoting the idea that the economy is more important than your health—are less likely to understand the reality of COVID-19 and therefore more likely to get sick and cause themselves and others to die.

This bizarre dynamic of putting profits over public health has played over and over again throughout the years.

In the 1960s, when I was a teenager, a friend drove his car into a ditch in rural northern Michigan. Although he couldn’t have been going more than 20 or 30 miles an hour, when we found his car the next morning, he was impaled on the steering column and long dead. His car had not been equipped with seat belts—they weren’t standard then.

Ralph Nader took on the auto industry on the lack of seat belts and other “unsafe at any speed” aspects of the American car industry in 1965, and conservatives set up a howl heard from coast to coast. Lewis Powell cited Nader in his infamous 1971 memo, saying that Nader’s efforts were “aimed at smashing utterly… corporate power” because, Powell said, Nader “thinks, and says quite bluntly, that a great many corporate executives belong in prison.”

When a national seat belt law was being debated in 1967 (and passed in 1968), there were protests all across the nation, with people refusing to wear them “on principle” and ending up dead in higher proportion to those who buckled up. (The movement persists to this day.)

In the 1970s, it was returnable bottles. I lived in Michigan, the fourth state to pass a bottle deposit law, and I remember well the pitched political battles around the issue, with conservatives asserting it was treason, a betrayal of America’s founding principles, to charge a 10 cent deposit on beer cans and soda bottles.

Also in that decade, the national speed limit was lowered to 55 mph to save oil after the 1973 Arab oil embargo; based on some reactions, you’d have thought the National Maximum Speed Law called for executing the occasional accidental speeder.

In the 1980s, the tobacco lobby launched a group called the Tea Party, declaring bans on smoking in restaurants and on airplanes were an existential threat to liberty and the first steps down the road to godless communism. People lit up just to get arrested, and the arrests always made the papers.

Over the past three decades, we’ve been treated to a never-ending string of conservative eruptions of faux outrage.

The store can only give me a paper bag to take my groceries home? I’m the victim of naked Stalinism!

Phasing out incandescent light bulbs? It’s got to be part of a plot to destroy America!

Did you just say, “Happy Holidays”?! You must hate Jesus and want to force me to renounce Christianity.

And G-d forbid a restaurant should serve a conservative a drink with a paper straw in it: Trump is offering plastic straws with logos on them, to keep freedom alive.

The outrage du jour is masks.

Ever since the post-Civil War days of Lister and Pasteur, we’ve known that wearing masks prevents us from contaminating open wounds or sickening other people with our breath. But don’t tell conservatives about more than 150 years of science: face coverings during the pandemic are a liberal plot, and nothing is more important than “owning the libs.”

The possibility of getting lifelong dementia or becoming psychotic (even in your 20s) from COVID-19 isn’t enough; nor is the dramatically increased risk of heart attack among young, healthy adults.

Strokes, even in children? It’s more important to piss off Democrats by showing up in the store maskless.

How about meningitis inflaming your brain? Or conjunctivitis damaging your eyes? A bigger worry is whether American banks are suffering.

The common through-line in all these examples of ginned-up conservative outrage is that poorly informed people get sucked into believing that government trying to do something to save lives and protect society is nefarious, insidious and evil.

This is, of course, the thinking of billionaires who make their money selling tobacco (like the guys who paid Mike Pence to write articles saying cigarettes don't kill) or running refineries, mines or other businesses that dump toxins into our environment.

They have a vested interest in Americans distrusting our government, so when they binge on deregulation, we’ll think it’s because they love freedom, not just profits.

But the simple fact is that the people promoting all this outrage—and their predecessors for the past 50 years—really just don’t give a damn about you or me; they’re just garden-variety sociopaths who only care about how many more millions or billions they can stuff into their already-bulging money bins.