'Teetering on the edge of autocracy': Trump critics warn of a 'coup in the making' 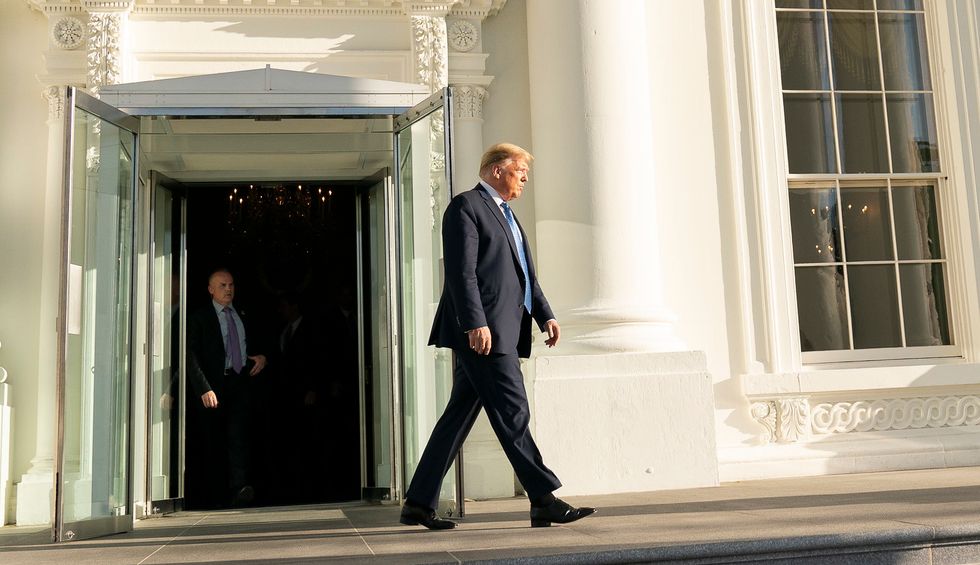 "This is a coup in the making," warned Robert Weisman, president of Public Citizen, in response to Trump.

"Voting by mail will not create a risk of fraud," Weisman said. "In fact, voting by mail is an absolute necessity to ensure Americans can exercise their franchise amid a pandemic—which Trump has made dramatically worse through his utter incompetence and callous indifference to human life."

The president of the United States is broadcasting that he is considering a coup to hold on to power. Make no mista… https://t.co/6sX6mTfPXJ
— Public Citizen (@Public Citizen) 1596115860.0

Groups like Common Cause noted that the president does not have the power to postpone the election date.

Reminder: President Trump doesn't have the constitutional authority to delay the election. If he tries, we will see him in court.
— Common Cause (@Common Cause) 1596114942.0

Minnesota Attorney General Keith Ellison pushed back on Trump's tweet, responding, "This is how democracy dies in the USA. Don't let it happen."

"These messages from Trump are intended to promote chaos and confusion, and undermine confidence in our elections. We REJECT all of it," tweeted Kristen Clarke, president and executive director of Lawyers' Committee for Civil Rights Under Law.

According to Stand Up America founder and president Sean Eldridge, the president's tweets shouldn't be brushed aside.

"As his latest comments show, Trump poses an existential threat to our democracy. While he has no authority to delay the election, we cannot ignore his escalating lies and attacks on our democracy," Eldridge said in a statement.

"Americans need to be ready to mobilize if Trump contests the results or refuses to concede—and 'Protect the Results' is building a network of millions of Americans to meet the moment if we need to take to the streets in protest," he added.

Some critical observers wondered whether Trump's tweet was an effort to stir up controversy or distract the media on the same day that data released from the Commerce Department showed the U.S. economy suffered its largest contraction in the country's history last quarter.

"If Trump truly cared about our elections," said Public Citizen's Weisman, "he would demand Congress provide the $3.6 billion in funding that states and localities need to properly and safely administer them amid the pandemic. The real issue for Trump, of course, is Trump. The economy is in free-fall and Trump is worried about what that means for his electoral prospects."

The president's tweet Thursday comes less than two weeks after Trump—who's trailing presumptive Democratic Party nominee Joe Biden in the polls—refused to commit to accepting the results of the 2020 presidential election if he is defeated.

Asked by Fox News' Chris Wallace whether he intends to accept the election results, the president responded, "No, I'm not gonna just say yes. I'm not gonna say it, and I didn't last time either."