Study shows 5.4 million have lost insurance amid pandemic. Under Medicare for All, that number would be: 0 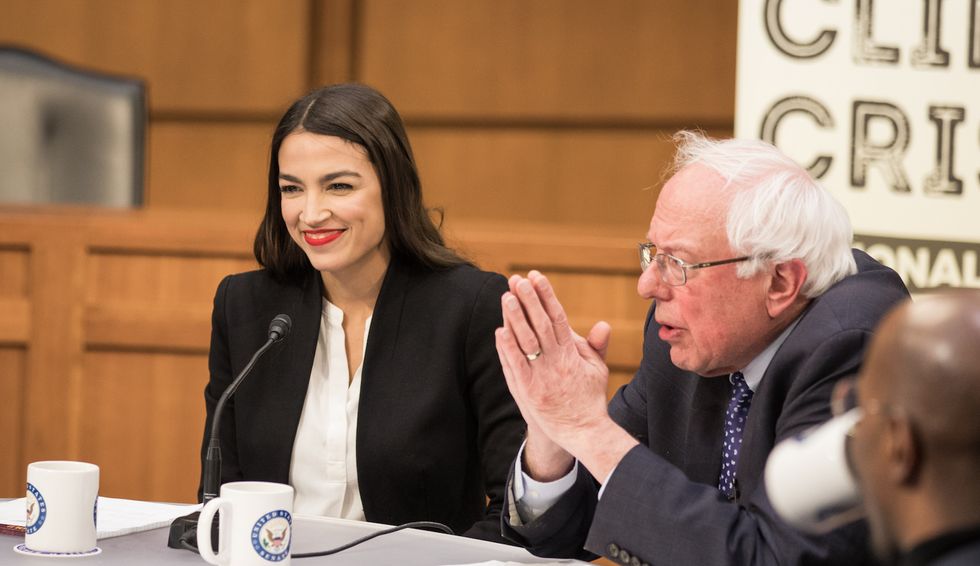 Amid the worst public health crisis in a century and a devastating economic downturn that has thrown tens of millions out of work, more than five million people in the U.S. lost their health insurance in just three months this year, shattering the previous record set during the entire annual period from 2008 to 2009.

The finding by advocacy group Families USA that at least 5.4 million Americans became uninsured between February and May was viewed by progressive activists and lawmakers as the latest evidence of the fundamental brokenness of a privatized system that ties healthcare to employment—and yet another reason Medicare for All is an urgent necessity.

"If we had Medicare for All, nobody would be losing their healthcare," Rep. Pramila Jayapal (D-Wash.), lead House sponsor of the Medicare for All Act of 2019, tweeted late Monday in response to the new figures.

Dr. Abdul El-Sayed, a public health expert and former Michigan gubernatorial candidate, echoed Jayapal. "5.4 million Americans would still be covered if we had Medicare for All," El-Sayed tweeted.

According to a report (pdf) released late Monday by Families USA, massive job losses caused by the Covid-19 pandemic sparked a sharp rise in uninsurance as millions of people were unable to move to alternative sources of coverage such as the Affordable Care Act (ACA) marketplaces, Medicaid, or a spouse's employer-provided insurance.

States that have not expanded Medicaid under the ACA saw a much larger rise in uninsurance, leaving millions of vulnerable people on the hook for exorbitant healthcare costs.

"These recent increases in the number of uninsured adults are 39% higher than any annual increase ever recorded," Families USA found. "The highest previous increase took place over the one-year period from 2008 to 2009, when 3.9 million nonelderly adults became uninsured."

Nearly half of the newly uninsured, according to the group, live in just five states: California, Texas, Florida, New York, and North Carolina.

Despite the alarming spike in the number of uninsured Americans in such a short period, Families USA senior fellow Steve Dorn noted that congressional Covid-19 relief efforts have not even "attempted to restore or preserve comprehensive health insurance."

"Now is the time to fill that gap by including protections for comprehensive health insurance in the next Covid-19 bill," Dorn wrote.

While Families USA endorsed House Democratic proposals to make the ACA more affordable, boost COBRA subsidies, and expand Medicaid, progressives have recommended broader and more ambitious solutions to a healthcare crisis that is only expected to get worse as coronavirus cases and hospitalizations surge across the country.

Jayapal and Sen. Bernie Sanders (I-Vt.), for instance, introduced legislation in April that would expand Medicare to cover all healthcare costs for the uninsured and all out-of-pocket expenses for the privately insured for the duration of the coronavirus pandemic.

"We have got to work together to make sure that anyone in America who is sick—regardless of their income or immigration status—can seek the medical treatment they need during this national emergency," Sanders said at the time. "With an estimated 35 million Americans in danger of losing their employer-provided health insurance over the coming weeks and months, this legislation is needed now more than ever."

Seriously, how can anyone not support Medicare for All after reading this? https://t.co/kw7y0aHWxL
— Public Citizen (@Public Citizen) 1594677918

"That means everyone in, nobody out. Also known as Medicare for All," Khanna wrote. "Covid-19 and mass unemployment have exposed the cruel folly of tying healthcare to employment. Talking about 'affordable' healthcare isn't enough. We can and must do much better: recognize healthcare as a human right and implement Medicare for All ASAP. Democrats must lead."