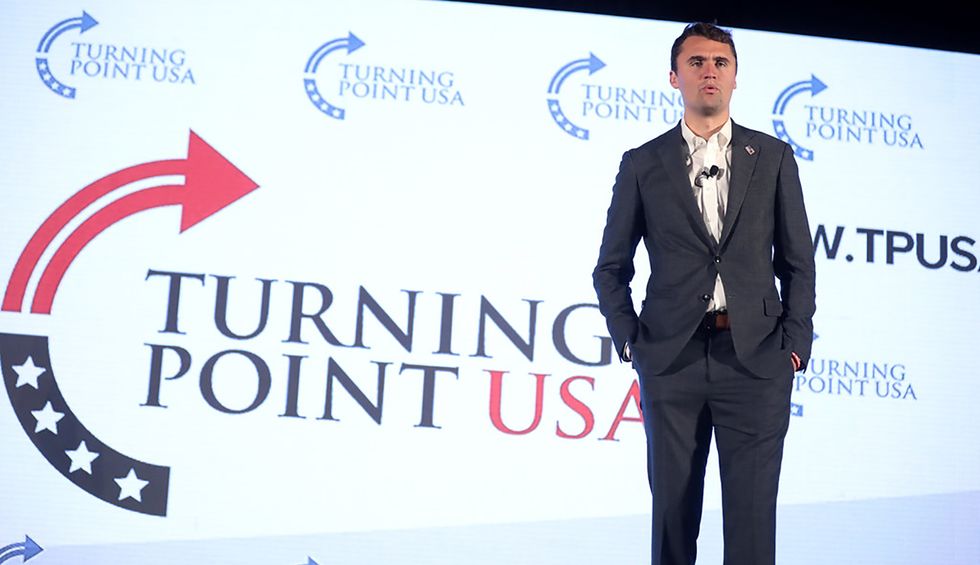 On Tuesday, July 28, Charlie Kirk — co-founder of the right-wing student group Turning Point USA and a supporter of President Donald Trump — announced on Twitter that the organization’s other co-founder, 80-year-old Republican activist Bill Montgomery, had died of complications from COVID-19. Earlier that day, TPUSA had posted a tweet mocking “leftists” for wearing face masks — and that tweet, according to Business Insider’s Tom Porter, was deleted following Montgomery’s death.

TPUSA, sadly, has a history of downplaying the importance of social distancing measures and ridiculing the use of face masks. In a tweet posted on July 22 — less than a week before Montgomery’s death — TPUSA tweeted a sign that read, “Imagine if everyone wearing a mask was carrying a copy of the Constitution instead” (as if trying to avoid getting sick with COVID-19 and possibly dying from it somehow limits one’s ability to defend the Constitution).

In a March 22 op-ed for Fox News’ website, Kirk acknowledged how dangerous COVID-19 is and encouraged young adults to be careful. However, Kirk has been critical of local governments that have mandated face masks in public places; on his podcast, Kirk recently declared, “Do not force me to wear a mask — it’s that simple. I’m not gonna do it, I’m not.”