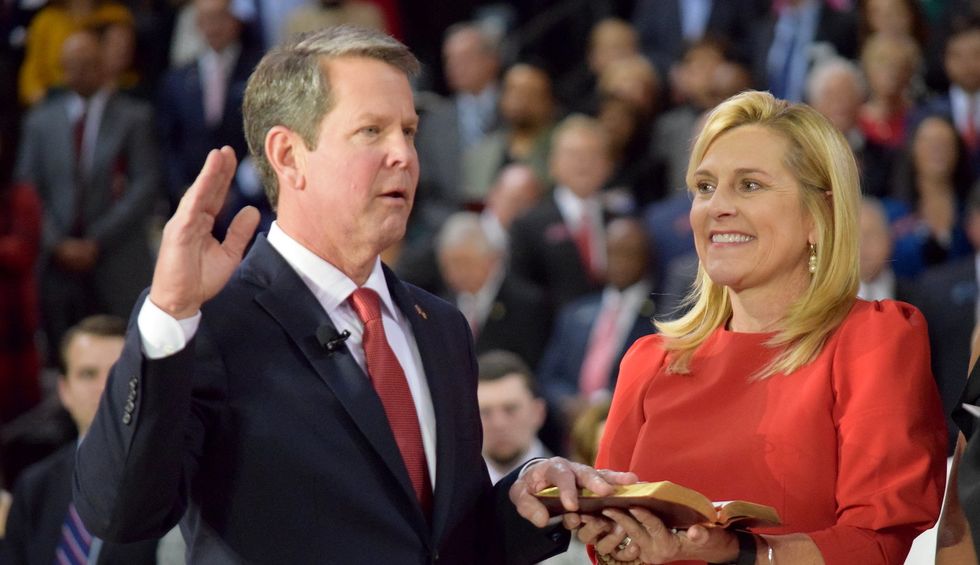 On Saturday, The Daily Beast reported that GOP officials in Georgia were not all on board with Gov. Brian Kemp's attack on local face mask orders.

"It's a mess. It's 2020, we have two Senate races, might as well be at the epicenter of face-masks lawsuits," said one unnamed strategist. "This governor is very, very stubborn. When he starts chewing on a bone he will not let any dogs near that bone, this is something he's really digging in on."

But another strategist, Heath Garrett, argued Kemp was just sticking to his principles. "I think he recognizes he's taking a short term PR hit, but I think he's confident that our data's different than Florida, Arizona, Alabama, Texas and these other Sun Belt states."

This week, Kemp filed a lawsuit against Atlanta mayor Keisha Lance Bottoms to block her from enforcing a local mask mandate.

So far, very few Republican governors in the South have moved to mandate masks. Govs. Kay Ivey (R-AL) and Asa Hutchinson (R-AR) moved to do so this week. Gov. Greg Abbott (R-TX) also issued an order mandating masks in most counties, although his party is in revolt over the decision and many county officials are not enforcing it.