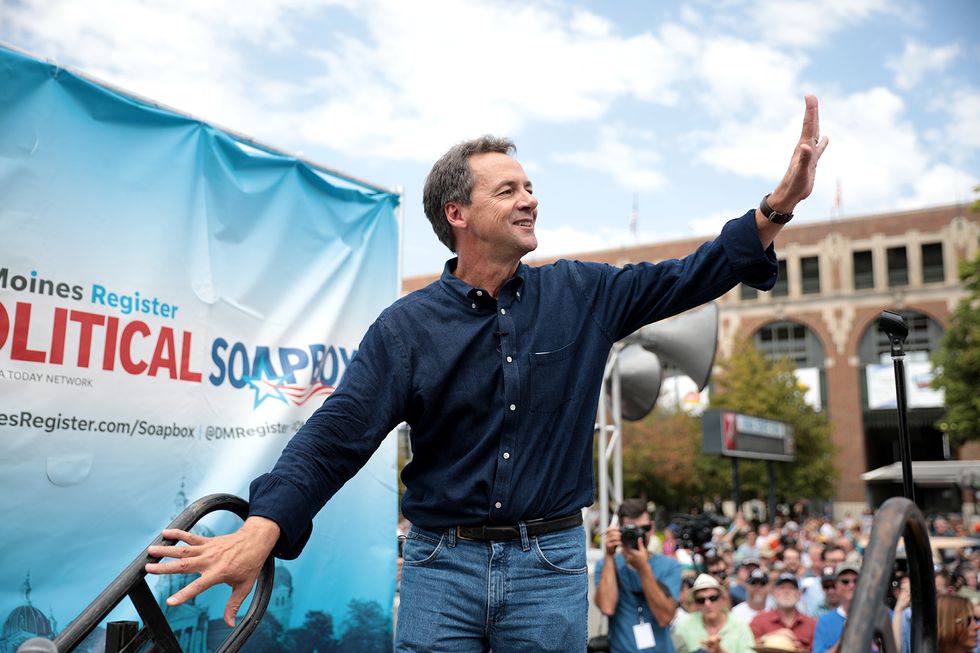 Priority #1 for progressives this fall is beating Donald Trump, but priority #1A is taking back the Senate. That’s why Daily Kos is proud to announce we’re endorsing a trio of candidates who are running to unseat vulnerable Republican senators in November:

If Joe Biden prevails but Sen. Mitch McConnell clings to his gavel, we’ll be in for at least two more years of extremist bad faith obstruction of literally everything Democrats might hope to accomplish. This we cannot let happen. Our country is in dire straits and demands a new direction. It’s up to us to make sure we can start turning around our ship of state come January.

In spite of everything, however, Trump’s towering malfeasance has brought us a ray of good news by putting Republicans on defense everywhere. That means the GOP is suddenly forced to worry about Senate seats in red states—seats they were sure wouldn’t be at risk. But the tides have shifted dramatically, and a whole boatload of Republican senators could get washed away.

In Montana, Gov. Steve Bullock is running against Sen. Steve Daines, a reliable Trump supporter who’s repeatedly voted to repeal the Affordable Care Act and supports the pending lawsuit seeking to overturn it.

Bullock, by contrast, worked to expand Medicaid under Obamacare to 90,000 low-income Montanans. And while Daines voted to limit unemployment benefits for those who’ve lost their jobs because of the coronavirus, Bullock has earned widespread praise for his response to the pandemic that has resulted in Montana having one of the lowest infection rates in the country.

Try telling that to Greenfield, who was tragically widowed at the age of 24 while pregnant with her second child and relied on Social Security for her family’s survival. The differences run deep: Greenfield has sworn off corporate PAC donations and wants to overturn Citizens United; Ernst, meanwhile, has benefited from a secretive dark money group with ties so close to her own campaign that it “potentially violates the law,” according to the AP.

And in Georgia, investigative journalist Jon Ossoff is ready to battle Sen. David Perdue, a man Politico called “the co-pilot of Trump’s first term.” When it comes to using their offices to enrich themselves, Trump and Perdue are a lot alike: In January, Perdue bought stock in a company that manufactures personal protective equipment on the same day the Senate received a classified briefing on the coronavirus.

Ossoff couldn’t be more different: He’s devoted his career to investigating corruption worldwide, exposing crooked judges, thieving officials, and war criminals. And while Perdue has called claims of voter suppression “a lie right out of the pit of hell,” Ossoff is fighting for a new Voting Rights Act to ensure everyone can be heard at the ballot box, as well as a new Civil Rights Act to address our nation’s deep racial inequities.

Amazingly, even though Trump carried all of these states four years ago, polls have shown each of these Senate races to be neck-and-neck. You know what happens when Republicans get desperate, though: They grow nastier than ever—and they beg their Koch overlords to spend as much as possible so that they can cling to power.

But there’s no better way to fight dark money than with grassroots energy. With our combined might, we can make sure that Bullock, Greenfield, and Ossoff all have the resources they need to weather the coming typhoon. And if we can flip these seats, not only will we be electing three excellent new senators, we’ll also be sending Mitch McConnell back home—forever.