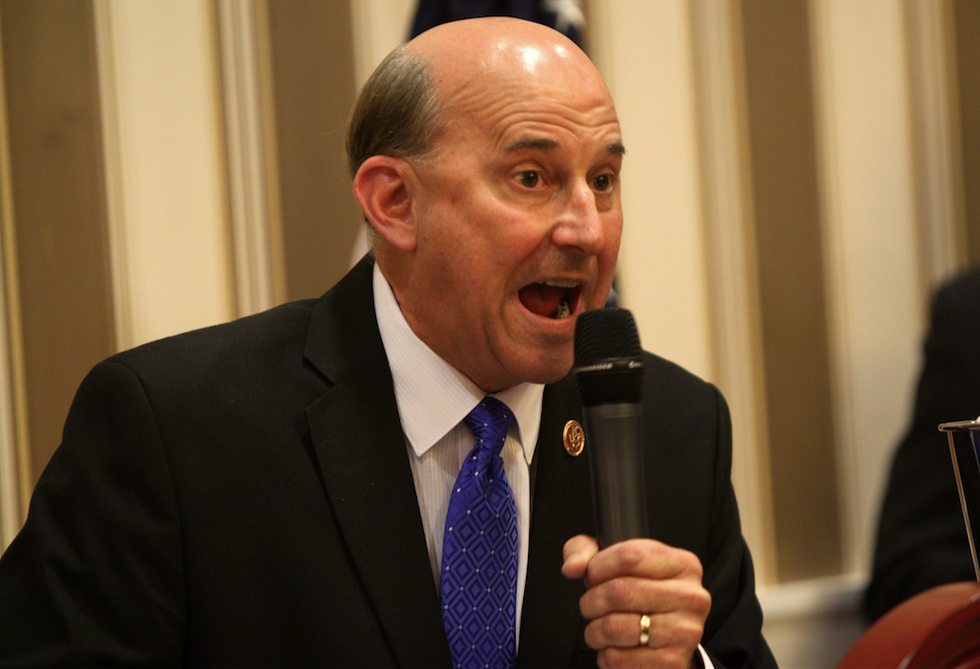 Republicans and allies of President Donald Trump have made the coronavirus pandemic deadlier than it had to be — for example, Texas Rep. Louie Gohmert, who tested positive for COVID-19 this week and, according to Politico’s Jake Sherman, repeatedly “berated” staffers for trying to protect themselves by wearing a mask.

The far-right Texas congressman has been highly critical of wearing face masks, which countless medical experts have stressed can slow down the spread of coronavirus. And Gohmert isn’t unique in that regard: after the media reported that Gohmert had COVID-19, Sherman said he received a “flood” of e-mails from GOP staffers who complained that they were being berated for wearing face masks.

Sherman received an e-mail from a Gohmert staffer that read, “Jake, thank you for letting our office know Louie tested positive for the Coronavirus. When you write your story, can you include the fact that Louie requires full staff to be in the office, including three interns, so that ‘we could be an example to America on how to open up safely.’ When probing the office, you might want to ask how often were people (were) berated for wearing masks.”

PLAYBOOK PM: After we reported that @replouiegohmert was positive, we got an email from a Gohmert aide. https://t.co/x31CSOdkLf
— Jake Sherman (@Jake Sherman) 1596043155.0

After tweeting that text, reporter Jerry Lambe notes in Law & Crime, Sherman reported that he had “gotten a flood of e-mails from Republican staffers who say they too are being forced to come to the Hill without a mask now.”

Ever since PM came out, Ive gotten a flood of emails from republican staffers who say they too are being forced to… https://t.co/qcGx6geFuq
— Jake Sherman (@Jake Sherman) 1596045717.0

But Gohmert, instead of having the decency to acknowledge that his critics were right about the benefits of wearing a face mask, doubled down on his idiocy and even went so far as to say that perhaps wearing a mask was the thing that caused him to be infected with COVID-19. Gohmert argued, “I can’t help but wonder if by keeping a mask on — keeping it in place — if I might’ve got some germ, some of the virus, on the mask and breathed it in.”

@replouiegohmert LET’S BE REAL: The Capitol has superspreader written all over it. People are coming off planes, ou… https://t.co/ByznMfhyXc
— Jake Sherman (@Jake Sherman) 1596043224.0

On July 22, Washington, D.C. Mayor Muriel Bowser, a Democrat, issued an executive order making face masks mandatory in a variety of public situations, ranging from offices to stores to hotel lobbies. But employees of the federal government are exempt from the order while working, and that includes Trump as well as members of Congress such as Gohmert.