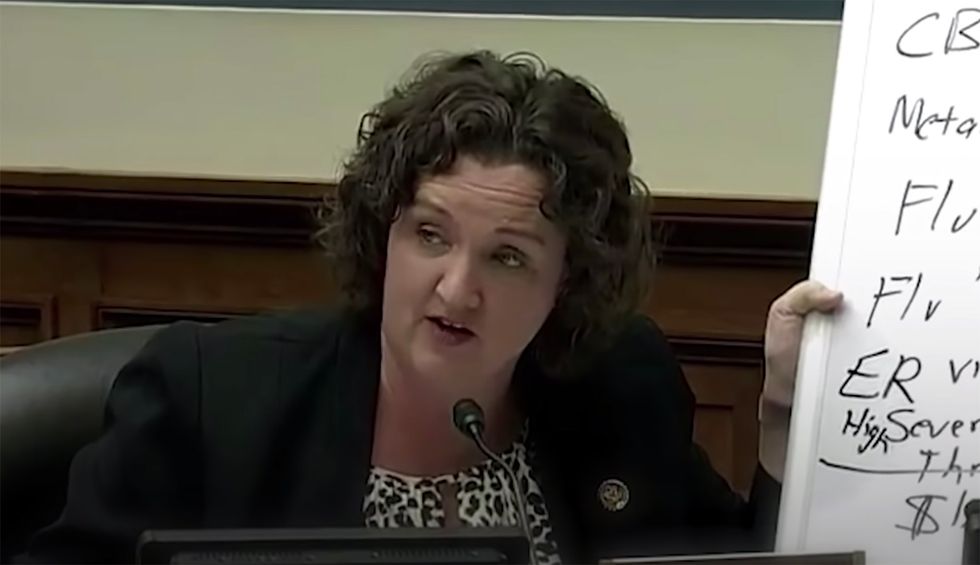 California Congresswoman Katie Porter is demanding the resignation of the Trump administration's small business chief for enabling "abuse" and "waste" of coronavirus relief funds and refusing to comply with basic government oversight efforts.

Porter's call came after the Government Accountability Office (GAO) said in a report last week that it "encountered the most difficulty trying to obtain information from the Small Business Administration (SBA)" during the process of examining the Trump administration's handling of the $650 billion Paycheck Protection Program (PPP).

"Because of the number of loans approved, the speed with which they were processed, and the limited safeguards, there is a significant risk that some fraudulent or inflated applications were approved," the GAO said. "In addition, the lack of clear guidance has increased the likelihood that borrowers may misuse loan proceeds or be surprised they do not qualify for full loan forgiveness."

In an interview on MSNBC Thursday, Porter argued the GAO's findings demonstrate that SBA administrator Jovita Carranza is "unfit to continue in that role."

"The PPP program, that $650 billion, this is one of the biggest government programs in our country's history, and she is fighting with the nonpartisan GAO on basic data that lets them do their job of transparency and accountability," said the California Democrat. "That is the wrong mindset for somebody whose title is administrator."

In a series of tweets last week, Porter warned that the SBA "has essentially no plans to review 99% of PPP loans."

"According to the [GAO] report, small businesses that didn't need the money returned at least 3,800 loans," Porter wrote. "How are you going to know if the other 4,576,388 loans are legitimate? Any answers, [Treasury Secretary] Steve Mnuchin or Jovita Carranza?"

"Carranza has mismanaged this program from start to end, refused to comply with lawful oversight, and enabled waste, fraud, and abuse of taxpayer dollars," said Porter. "She should take responsibility and resign."

The SBA and the Treasury Department have both come under fire for resisting calls to disclose basic information about recipients of small business loans. On June 11, as Common Dreams reported, Mnuchin told the Senate Committee on Small Business and Entrepreneurship that information about PPP loan recipients is "proprietary" and "confidential."

In response to widespread backlash—including from Porter and other lawmakers—Mnuchin and the SBA agreed to disclose the names of borrowers who received loans of $150,000 or more.

On top of Trump administration intransigence, advocacy groups have warned that oversight of Covid-19 relief funds has been lax because the commission created by Congress to monitor the money remains without a chair nearly 100 days after its inception. House Speaker Nancy Pelosi (D-Calif.) and Senate Majority Leader Mitch McConnell (R-Ky.) must agree on the appointment.

"Without a head, the commission has been severely constrained in its critical work of overseeing the economic stabilization efforts that the Treasury and Federal Reserve were charged with in the CARES Act," Lisa Gilbert, executive vice president of Public Citizen, said in a statement Wednesday. "Filling this seat must be a top priority for congressional leadership so that the American public can be reassured that there is robust oversight of our money as it goes out the door."