Portland mayor teargassed by federal agents during night of protests in his city: report 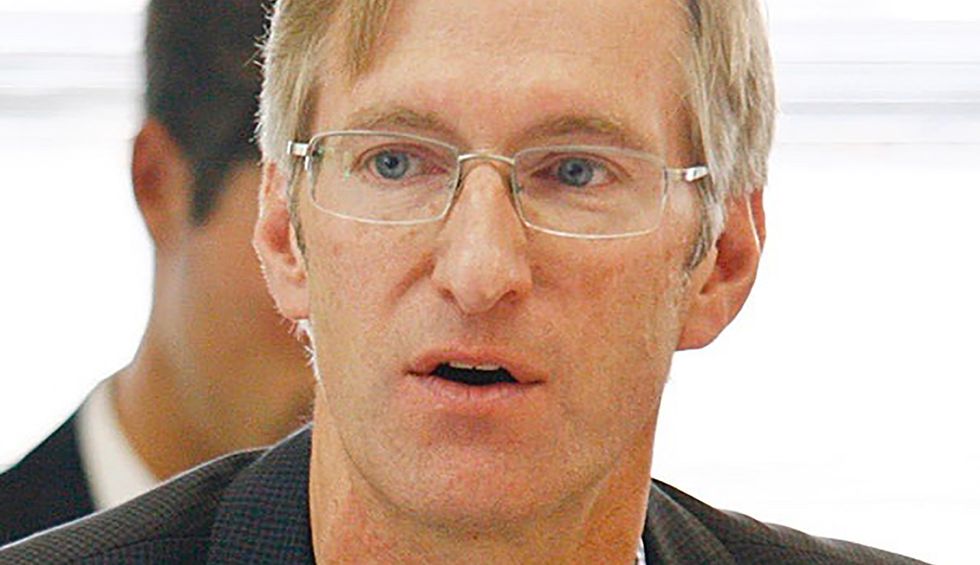 In Oregon, everyone from Gov. Kate Brown to Portland Mayor Ted Wheeler to Sen. Ron Wyden has lambasted President Donald Trump for the use of federal Department of Homeland Security officers against protesters in Portland. And Wheeler himself has become a victim of the very thing he has been speaking out against: the Portland mayor, according to the Associated Press, was teargassed by federal agents on Wednesday night, July 22, while standing near a courthouse during another night of protests.

AP reports that Wheeler “said it was the first time he had been teargassed” and “appeared slightly dazed as he put on a pair of goggles someone had handed to him, coughed and drank water.” According to AP, “It was not immediately clear if the agents knew Wheeler was in the crowd when they used the teargas.”

Speaking during the protests on July 22, the Democratic mayor told protesters, “I want to thank the thousands of you who have come out to oppose the Trump Administration’s occupation of this city. The reason this is important is it is not just happening in Portland.... We’re on the frontline here in Portland.”

Wheeler has maintained that it is up to local law enforcement, not the DHS, to police demonstrations in his city. However, some fellow Democrats in Portland have criticized him for allowing the Portland police to use excessive force against demonstrators during the George Floyd protests.

AP notes that some members of the Portland City Council have “accused Wheeler of not reining in local police, who have used teargas multiple times before federal agents arrived early this month, in response to nearly two months of nightly protests since the killing of George Floyd.”

Oregon Attorney General Ellen F. Rosenblum has filed a lawsuit against several federal agencies — including DHS, the U.S. Marshals Service, U.S. Customs and Border Protection, and the Federal Protection Service  — and accused them of arresting nonviolent demonstrators in Portland without probably cause.