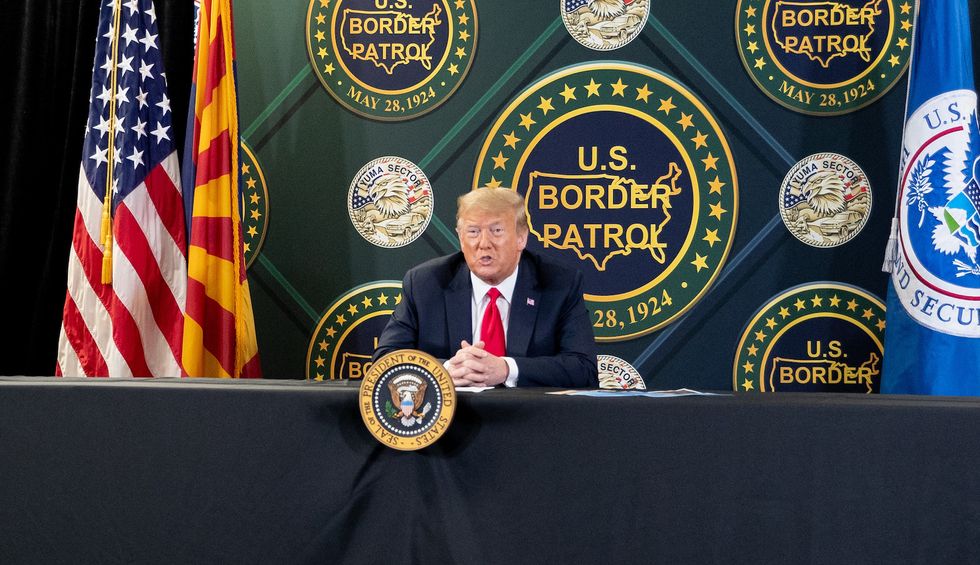 Much of the analysis of President Donald Trump’s use of federal Department of Homeland Security officers against protesters in Portland, Oregon has discussed Trump’s actions from a legal or constitutional standpoint. But Daniel W. Drezner, a professor of international politics at Tufts University in Massachusetts, contemplates Trump’s possible political motivations in an op-ed published this week in the Washington Post.

“The official version is that federal officers from the Department of Homeland Security are protecting federal buildings that have been the focus of Black Lives Matter protests,” Drezner explains. “The more disturbing version is that unidentified U.S. Customs and Border Protection personnel are wearing camouflage gear, assaulting protesters and driving around in unmarked vans picking up random people. These actions have raised questions about the legality of what is being done…. I’ll confine my response to a more concrete question: what is the political gain that Donald Trump and his administration perceive they will garner from these actions?”

“This is not actually about anarchy in Portland because the city seems both ordered and copacetic with what’s happening,” Drezner argues. “This is about something else. What political gain does Trump see from escalating and nationalizing this situation?”

Drezner goes on to say that Trump is motivated by either “incompetence” or “malevolence,” although he isn’t sure which one and finds the latter to be the more frightening possibility.

If it’s “incompetence,” Drezner argues, Trump has made a political miscalculation because he fails to realize that that using DHS officers against protesters is only giving his detractors yet another reason to vote for former Vice President Joe Biden, this year’s presumptive Democratic presidential nominee.

“It is possible that Trump mistakenly believes that this is a winning political move,” Drezner writes. “But there is another, darker possibility. As 2020 has progressed, two things have become increasingly clear: (1) Donald Trump is losing the presidential race to Joe Biden. (2) Trump is doing everything in his power to consolidate and expand his power over the executive branch. From loyalty tests to D-list appointments to his attraction to legally dubious executive orders, Trump has tried to surmount his fundamental weakness as a political leader and augment the awesome powers of the presidency.”

Drezner writes that although he isn’t sure, he is inclined to see “incompetence” as the president’s motivation with DHS and the Portland protesters — quickly adding that if he is wrong, that possibility “scares the bejeezus out of me.”

“With Trump, I tend to choose incompetence over malevolence in explaining his actions,” Drezner writes. “It is likely that he thinks this will be a winning political move, even if it is not. This is one of those instances, however, in which one should absolutely be prepared for malevolence. Democrats in Congress, the Biden campaign, the courts, the governors, civil society organizations, and even the U.S. military need to start preparing for the contingency of an immature president who refuses to leave the office. Because this is all too plausible an explanation for why Trump and his toadies are doing what they are doing right now.”