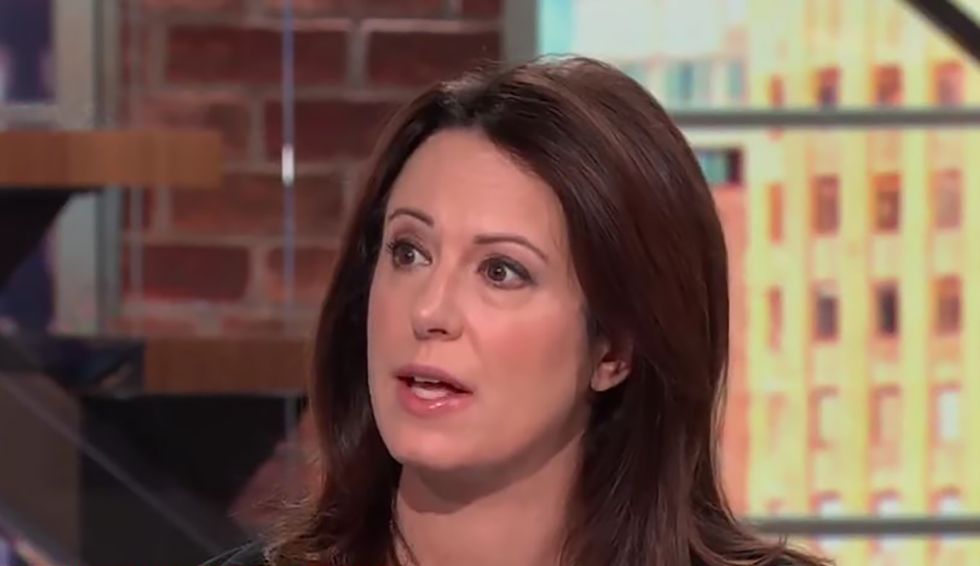 President Donald Trump has been aggressively doubling down on culture war issues in recent weeks, defending the public display of the Confederate Flag and statues and slamming liberals and progressives who want them removed. New York Times reporter Maggie Haberman discussed the state of Trump’s reelection campaign during a Tuesday morning, July 7 appearance on CNN’s “New Day” and addressed claims that Trump — with such boneheaded actions — is trying to lose the election on purpose.

“There are a lot of people around the president who question whether he is actively trying to win anymore — and there are reasons to question that,” Haberman told “New Day” hosts Alisyn Camerota and John Berman. “I think that he would react pretty angrily if somebody said that to directly to him. But the reality is: he’s taking a number of incredibly self-damaging actions, and this is one of them.”

Haberman was referring specifically to Trump’s defense of Confederate images and symbols — which, she stressed, is not going to broaden his appeal among suburban voters.

“This is not how somebody who is running a careful, controlled (campaign behaves),” Haberman told Camerota and Berman.

The Times reporter asserted that although the top issue on voters’ minds in 2020 is the coronavirus pandemic, Trump is choosing to focus heavily on culture war issues instead.

Haberman explained, “It’s absolutely true that the president would rather be talking about issues of race and issues of culture than he would about the coronavirus — or that he would about police brutality. Because neither of those are issues he is going to do very well on.”

Haberman’s “New Day” appearance came after an appearance by Peter Navarro, one of Trump’s top economic advisers. When Camerota asked Haberman what “jumped out at” her during that interview, the Times reporter responded, “Peter Navarro really wants to talk about hydroxychloroquine still. That’s what jumped out at me…. He’s been an evangelist for the chloroquines for a while in the administration.”

Another thing that Haberman said “jumped out at” her during that interview was Navarro not wanting to criticize Trump’s defense of Confederate symbols.

“There is really nobody in the administration who seems to want to take up the mantel of what the president himself said and explain why it is that the president thought it was a mistake that NASCAR got rid of the Confederate Flag at its events,” Haberman asserted.