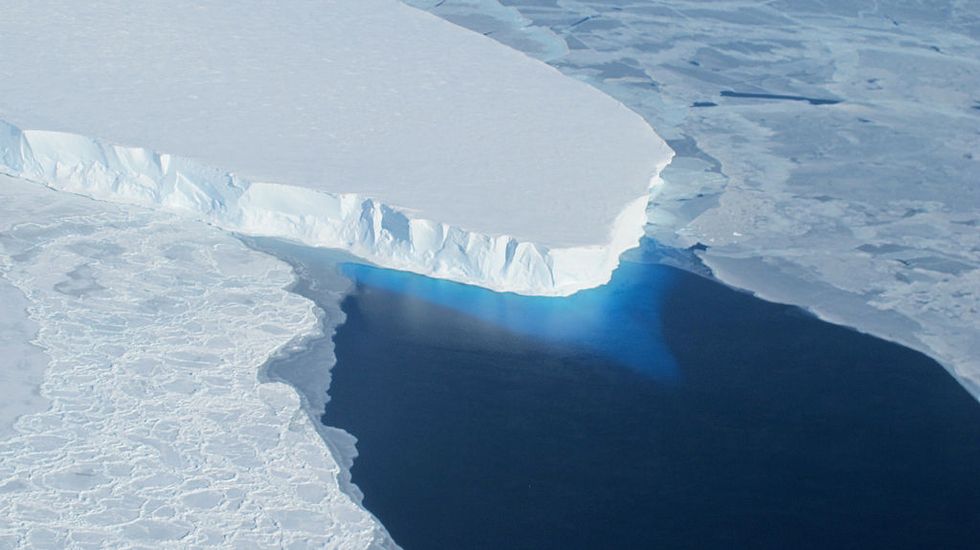 Scientists have for the first time identified an active leak of methane gas from the sea floor in Antarctica, increasing the possibility that the planet is close to one of the "tipping points" that would put the impacts of global heating out of humans' control.

According to The Guardian, researchers led by Andrew Thurber at Oregon State University found the methane leak in a region known as Cinder Cones in McMurdo Sound, within the Ross Sea. The site is 30 feet below the surface of the ocean.

In addition to finding methane dissolved in the water there, the scientists found that microbes which usually consume the gas before it reaches the atmosphere had only formed in small numbers five years after they first began to study the site.

"It is not good news. It took more than five years for the microbes to begin to show up and even then there was still methane rapidly escaping from the sea floor," he told The Guardian. "The methane cycle is absolutely something that we as a society need to be concerned about."

Scientists have warned for years that the climate crisis could lead to the "tipping point" of methane leaks in the sea floor and the thawing of permafrost regions.

"At some point in a warming world, greenhouse gas emissions from nature will go way beyond anything we can control," tweeted Australian immunologist Peter Doherty.

The Ross Sea has not yet warmed significantly from the climate crisis, so the research did not directly link the methane leak to global heating.

But climate models have not yet accounted for significant delays in the development of microbes, which help to keep methane from leaking into the atmosphere.

"The big question is: how large is the lag [in microbe development] compared with the speed at which new leaks of methane might potentially form in the wake of retreating ice?" Prof. Jemma Wadham of the University of Bristol in the UK, who reviewed the study, told The Guardian.

"Methane is the second-most effective gas at warming our atmosphere and the Antarctic has vast reservoirs that are likely to open up as ice sheets retreat due to climate change," he said in a statement.

Other tipping points identified by climate scientists include the disintegration of the ice sheet in West Antarctica, "dieback" in the Amazon which would transform the rainforest into a dry ecosystem, and the dying off of the coral reefs.

Scientists raised alarm earlier this year about unusually warm water beneath a massive glacier in West Antarctica, and researchers warned in February that the third major bleaching event in five years at the Great Barrier Reef would put the reef "on a knife edge."