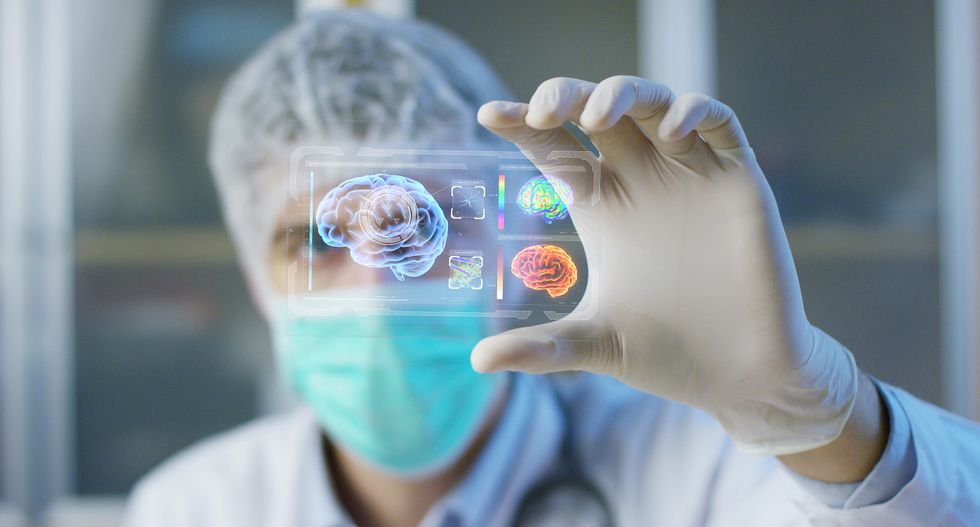 "My worry is that we have millions of people with COVID-19 now. And if in a year's time we have 10 million recovered people, and those people have cognitive deficits ... then that's going to affect their ability to work and their ability to go about activities of daily living." Dr. Adrian Owen, Neuroscientist

Multiple news outlets are reporting on a new study, published in the scientific journal Brain, that COVID-19 impacts the human brain include stroke and nerve damage, delirium,  and brain inflammation. Researchers found a rare and sometimes lethal condition known as ADEM. The condition is sometimes mistaken for Multiple Sclerosis.

Acute Disseminated Encephalomyelitis (ADEM) is a brief but intense attack of inflammation (swelling) in the brain and spinal cord and occasionally the optic nerves that damages the brain’s myelin (the white coating of nerve fibers). Other terms used to refer to ADEM include post-infectious encephalomyelitis and immune-mediated encephalomyelitis.

ADEM is sometimes difficult to distinguish from multiple sclerosis (MS) because the symptoms common to both "demyelinating" disorders include loss of vision, weakness, numbness and loss of balance. Both ADEM and MS involve immune-mediated responses to myelin in the brain and spinal cord.

From the IB Times:

A likely wave of COVID-19-related brain damage may be in the offing as new evidence suggested coronavirus infection could lead to severe neurological complications, scientists warned.

Researchers from the University College London (UCL) said they found evidence that showed COVID-19 can cause delirium, inflammation of the brain, and, in worst cases, psychosis. Their study detailed 43 patients with COVID-19 who suffered either nerve damage or strokes. Some of them also experienced temporary brain dysfunction or other serious brain damages.

The study added to the growing body of evidence that claimed the disease may cause damage to the brain. Michael Zandi, a professor at the Institute of Neurology at UCL and co-author of the study, however, said, for now, there was much uncertainty on the extent of a possible epidemic.

"Whether we will see an epidemic on a large scale of brain damage linked to the pandemic perhaps similar to the encephalitis lethargica outbreak in the 1920s and 1930s after the 1918 influenza pandemic remains to be seen," he said.

From the University College London presser:

The study provides a detailed account of neurological symptoms of 43 people (aged 16-85) treated at the National Hospital for Neurology and Neurosurgery, UCLH, who had either confirmed or suspected Covid-19.

The researchers identified 10 cases of transient encephalopathies (temporary brain dysfunction) with delirium, which corresponds with other studies finding evidence of delirium with agitation. There were also 12 cases of brain inflammation, eight cases of strokes, and eight others with nerve damage, mainly Guillain-Barré syndrome (which usually occurs after a respiratory or gastrointestinal infection).

Most (nine out of 12 cases) of those with brain inflammation conditions were diagnosed with acute disseminated encephalomyelitis (ADEM). ADEM is rare and typically seen in children and can be triggered by viral infections: the team in London normally sees about one adult patient with ADEM per month, but that increased to at least one per week during the study period, which the researchers say is a concerning increase.

The virus causing Covid-19, SARS-CoV-2, was not detected in the cerebrospinal brain fluid of any of the patients tested, suggesting the virus did not directly attack the brain to cause the neurological illness. Further research is needed to identify why patients were developing these complications.

In some patients, the researchers found evidence that the brain inflammation was likely caused by an immune response to the disease, suggesting that some neurological complications of Covid-19 might come from the immune response rather than the virus itself.