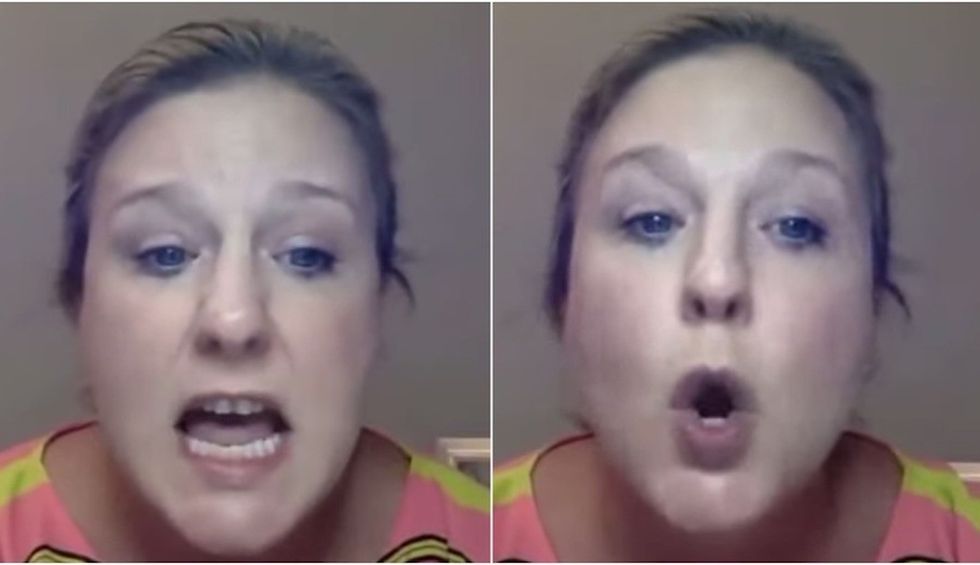 A white District of Columbia school board member used a 3-year-old child to push racist messaging Wednesday aimed at fighting a resolution to remove police from public schools, according to the DCist. Ashley MacLeay, a member of the D.C. State Board of Education and the granddaughter of a former Metropolitan Police Department officer, said in her time on the board children have brought “knives, guns and other deadly weapons to schools.”

”In fact, just a couple months into my term, a Black 3-year-old brought a gun into a school and it was found none other, but than by an SRO,” he said referring to a school resource officer.

She added: “It’s well-known that at least one school east of the river, that known gang members and human traffickers, a.k.a. pimps, hang out during school because members of this board have chose to ignore [it].”

Markus Batchelor, the board member who introduced the resolution MacLeay so vehemently opposed, said the woman was in effect "weaponizing a Black 3-year-old." “When schools that I represent were categorized as havens for weapons trafficking and pimps, they’re pulled out of a deep, age-old book that, quite frankly, has allowed the state and decision makers to dehumanize and attack the lives and humanity and freedom of Black people for 400 years,” Batchelor said.

MacLeay, who made the reprehensible comments during a virtual school board meeting, also accused her peers of trying to “capitalize” on the death of George Floyd in Minneapolis police custody May 25. Floyd, a Black man, begged for an officer who kneeled on his neck for more than eight minutes to spare him. “I can’t breathe,” he said in what ultimately proved to be his last words. MacLeay, however, disregarded the man’s death as “an incident that took place half a nation away.”

Alex O’Sullivan, a student member on the District of Columbia board, called the woman’s comments “the most disgusting things I've ever heard.” “She made a comment about George Floyd’s killing being half a nation away. But this is not half a nation away to Black people everywhere in the United States. This is personal,” O’Sullivan said.

MacLeay stood by her words in a later statement to the DCist. “I stand behind everything I said and believe removing SROs will lead to a marked increase in violence. An increase in violence will mean families will speak with their feet,” she wrote. “Those who can will move out of the city. Those who can’t will, unfortunately, pay the price.”