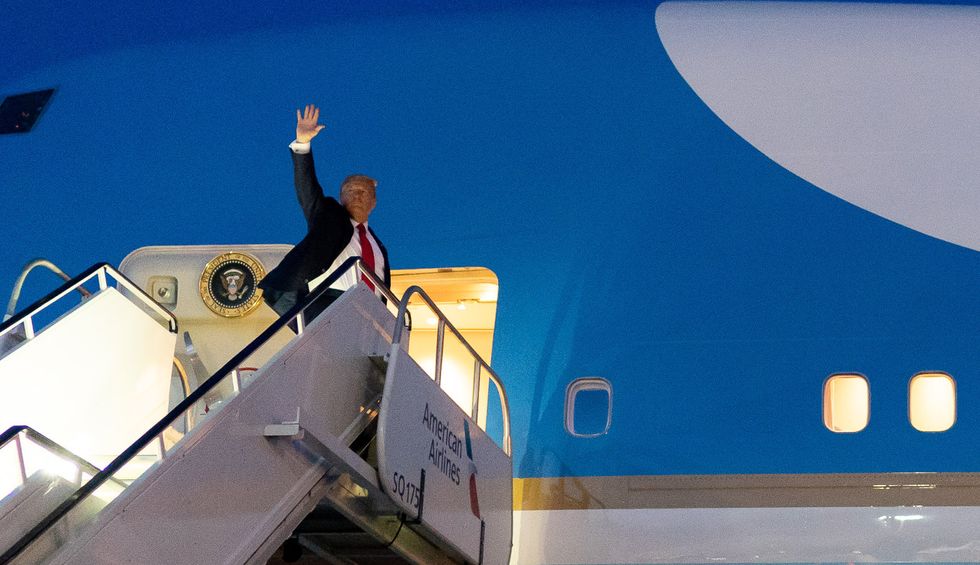 While a lot of bombshell stories in the Trump era have been unpredictable, this one was not.  Tulsa City-County Health Department Director Bruce Dart said on Wednesday that the president's recent rally in the city "likely contributed" to the surging outbreak of COVID-19, the Associated Press reported.

“In the past few days, we’ve seen almost 500 new cases, and we had several large events just over two weeks ago, so I guess we just connect the dots,” he said.

The president's campaign had hyped that more than 1 million people had expressed interest in attending the event; in the end, only about 6,000 people reportedly attended the indoor arena that could seat nearly 20,000. Despite the lackluster showing, the crowd was more than large enough to spread the virus and result in many new infections.

Dart explained that the department's policy prevents it from identifying areas where the virus has been contracted — a baffling practice that would seem to limit the ability to warn people about their potential exposure. But it's already been reported that members of President Donald Trump's team were exposed to the virus in connection with the event.

Herman Cain, an ally of the president who attended the rally, was also recently hospitalized with COVID-19. This suggests it's possible he either contracted the virus at the event or he attended it while potentially infectious himself. A statement on his Twitter account said: "There is no way of knowing for sure how or where Mr. Cain contracted the coronavirus."

At Wednesday's White House press briefing, a reporter asked Press Secretary Kayleigh McEnany about the president's refusal to require masks at his rallies.

"The director of the Tulsa Health Dept said that the president's rally very likely contributed to a surge of coronavirus cases in the city," he said. "I'm wondering first, why the president continues to not require masks at rallies, considering we've seen the public health outcomes that come from it?"

"The president's been operating in accordance with CDC requirements, recommended but not required," McEnany said. "But as he said recently, if he weren't tested every day, and if he was in a situation where he couldn't distance, he would wear a mask. We hand them out — they're handed out by the campaign, rather, at these events, and there's ample hand sanitizer, and it's people's individual choice as to whether to go."

"Do you have a response to the Tulsa health director?"

"I would just say that I have no data to indicate that on my end, but it's the decision of individuals whether to go," she replied. "We encourage the wearing of masks, as the president said if he couldn't distance he would, but it's the individual choice of the person."