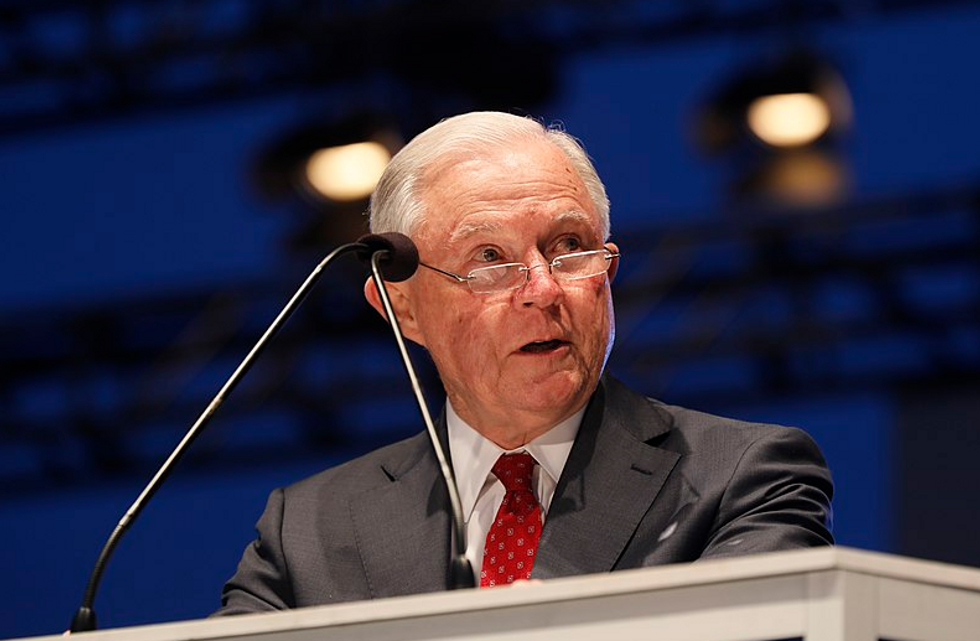 On Tuesday, July 14, Republican voters in Alabama will choose between two U.S. Senate candidates in a runoff election: former U.S. Attorney General Jeff Sessions and former football coach Tommy Tuberville. The winner will go up against incumbent Democratic Sen. Doug Jones in the general election. And of all the times Sessions has run for the U.S. Senate in Alabama, this is the 73-year-old Republican’s toughest fight yet.

The far-right Sessions never had a problem winning a U.S. Senate race in Alabama in the past. After his stint as Alabama attorney general in the 1990s, Sessions ran for the Senate in 1996 and defeated Democrat Roger Bedford by 7% — and when he was reelected in 2002, he defeated Democrat Vivian Davis Figures by 26%. Sessions went on to win a third term in 2008 and a fourth in 2014.

But that was before he served in the Trump Administration as U.S. attorney general. Although President Donald Trump was glad to have Sessions in his administration at first, their relationship quickly soured when Sessions insisted on recusing himself from former special counsel Robert Mueller’s Russia investigation. Trump fired Sessions after the 2018 midterms and has been railing against him ever since.

Trump, in fact, has done everything he can to hurt Sessions’ 2020 campaign — and it appears to be working. Although Sessions has insisted that he still supports Trump, the president holds a bitter grudge against his former attorney general and has been endorsing Tuberville — who has been leading in polls. An Auburn University at Montgomery poll, for example, found Sessions trailing Tuberville by 16%. And a Cygnal poll found Tuberville leading by 23%.

In his attack ads, Tuberville has been slamming Sessions as insufficiently Trumpian. One of Tuberville’s anti-Sessions ads complains that Sessions “wasn’t man enough to stand with President Trump.” And Trump, in a July 11 tweet, posted, “Big Senate Race in Alabama on Tuesday. Vote for @TTuberville, he is a winner who will never let you down. Jeff Sessions is a disaster who has let us all down. We don’t want him back in Washington!” And Sessions, responding to Trump’s tweet, attacked Tuberville but not Trump himself.

Big Senate Race in Alabama on Tuesday. Vote for @TTuberville, he is a winner who will never let you down. Jeff Sess… https://t.co/AebCMzLCKH
— Donald J. Trump (@Donald J. Trump) 1594470975

Of all the Democratic U.S. senators who is seeking reelection in 2020, Jones is widely regarded as the most vulnerable — as Alabama is a deep red state where Trump is still popular among Republican voters. If Jones loses, Democrats will need to flip at least five Republican-held seats in order to achieve a majority in the U.S. Senate. Incumbent GOP senators who are considered vulnerable include Maine’s Susan Collins, Iowa’s Joni Ernst, Colorado’s Cory Gardner, North Carolina’s Thom Tillis and Arizona’s Martha McSally (who has been trailing Democrat Mark Kelly in poll after poll).

A poll conducted by the right-wing Club for Growth in late June and early July found that if Tuberville won the runoff and went up against Jones in the general election, he would win by 10%. However, Jones’ campaign has asserted that its own internal polling shows a much closer race.