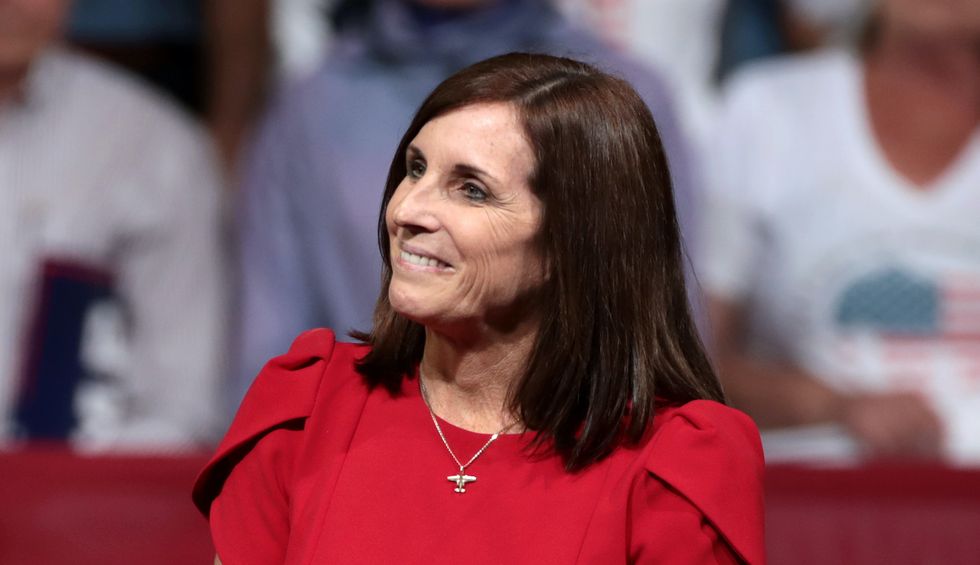 For those old enough to remember the 1980s and 1990s, the thought of Arizona ending up with two Democratic senators in 2021 is downright shocking. Arizona, for decades, was a deep red state that was synonymous with the Barry Goldwater school of right-wing conservatism. But Arizona has evolved into a swing state, and journalists Lauren Gambino and Maanvi Singh stress — in a July 20 article for The Guardian — that it could play an important role in deciding whether or not President Donald Trump wins a second term.

“With less than four months until the election,” Gambino and Singh explain, “polls show Democratic presidential candidate Joe Biden ahead of the president in Arizona — a state Trump won in 2016 by fewer than four percentage points, a far narrower margin than past Republican nominees. Then, in 2018, in November’s midterm elections, young Latino voters cast votes in record numbers, joining white moderates in the suburbs, to elect Kyrsten Sinema — the first Democrat to win a U.S. senate seat in Arizona in decades.”

Sinema, a very centrist Democrat, now holds the U.S. Senate seat formerly held by Republican Sen. Jeff Flake. And Arizona’s other U.S. Senate seat is presently held by Sen. Martha McSally — the same seat that, for many years, was held by Sen. Barry Goldwater and later, Sen. John McCain (who was proud to call himself a “Goldwater Republican” or “Goldwater conservative”). McSally is up for reelection this year, and poll after poll has shown her trailing Democrat Mark Kelly.

At this point, it would be premature to call Arizona a blue state: Arizona still has a far-right Republican governor, Doug Ducey. But it has definitely evolved into a swing state. And as Gambino and Singh point out, one of the key factors in that evolution has been Arizona’s large Latino population.

“While Trump’s embrace of hardline, anti-immigrant rhetoric seemed to rally his base in the Midwest,” Gambino and Singh point out, “operatives in both parties believe it has hurt him in Arizona — a border state where many Republicans were trying to move beyond the divisive politics that had tarnished their brand with Latino voters.”

Arizona is where Republicans in the state legislature, in 2010, unveiled the draconian Senate Bill 1070 — which, Gambino and Singh note, “included a provision requiring law enforcement to determine the immigration status of anyone officers had ‘reasonable suspicion’ to believe was in the country illegally. The political, economic and cultural backlash was swift: businesses, sports teams, musicians — even the City of Los Angeles — boycotted the state.”

During her 2018 campaign, Sinema aggressively courted Latino voters and aired a Spanish-language ad:

Marisa Franco, co-founder of the Latino group Mijente, believes that SB1070 played a key role in turning Arizona into a swing state.

“There was political overreach from the right, and SB 1070 was the straw that broke the camel’s back,” Franco told The Guardian. “It awakened an electorate that’s, I think, more justice-minded.”

Moreover, Franco believes that Arizona might be on its way to becoming a blue state.

“I think it’s very possible for Arizona to turn not just blue, but even a shade further,” Franco told The Guardian. “There’s potential for Arizona to support not just the most moderate Democratic agenda, but go beyond that.”