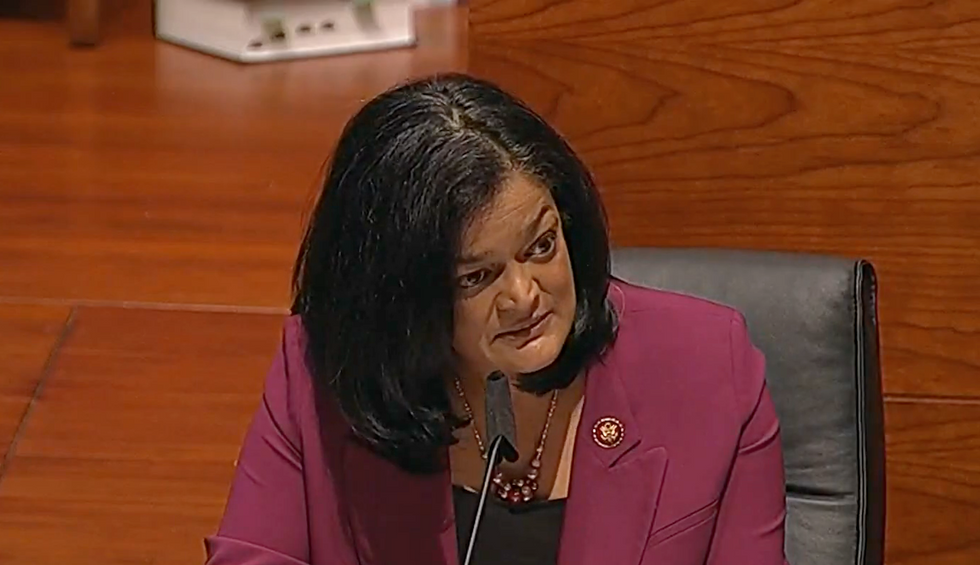 "This is how it's done," tweeted advocacy group Public Citizen of the back and forth.

Jayapal termed Barr's "aggressive approach to Black Lives Matter protesters" a distinct contrast to how the Justice Department is handling "right-wing extremists threatening to lynch a governor"—a reference to demonstrators in Kentucky this May who hung an effigy of Gov. Andy Beshear, a Democrat.

The congresswoman, who serves as the co-chair of the Congressional Progressive Caucus, also hammered Barr on the lack of a federal response to right-wing protests in Michigan where armed right-wing extremists stormed the state capitol.

"When white men with swastikas storm a government building with guns, there is no need for the president to 'activate' you, because they're getting the president's personal agenda done," said Jayapal. "But when black people and people of color protest police brutality, systemic racism, and the president's very own lack of response to those critical issues, then you forcibly remove them with armed federal officers [and] pepper bombs because they are considered terrorists by the president."

Barr attempted to push back, claiming that the protests were not near a federal building and thus not under his authority—perhaps forgetting that the demonstrations in Michigan were, as Politico's Zack Stanton noted, around "100 yards away from the Chamberlain Federal Building."

Progressives welcomed the harsh tone from Jayapal against Barr, whose tenure atop the Justice Department has been criticized repeatedly for kowtowing to the whims of the president.