Trump is trying to rig the election right before our eyes 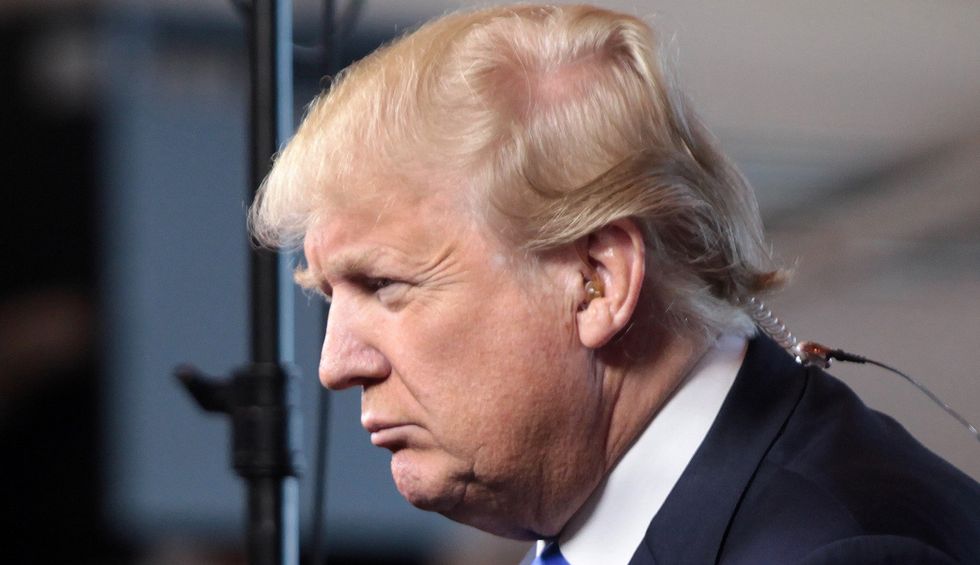 Donald Trump's disapproval rate in FiveThirtyEight's average has only dropped below 50 percent on a handful of days during his first term, and that was before almost 150,000 mostly avoidable deaths resulted from the pandemic. He can't win by persuading voters that he deserves another term or by turning out his dwindling base. But everyone knows he won't go down without a fight. Suppressing the anti-Trump vote is his best hope of clinging to power.

Trump and his allies are trying to rig the election right now. They're doing it in a fairly obvious way, right before our eyes. The good news is that if enough people see it coming, his scheme can be countered.

Here's the game. First, he's encouraging Republicans to cast their ballots in-person this fall. His attacks on voting via absentee ballot, which is how he and many within his inner circle habitually vote, "are driving suspicion among GOP voters toward absentee ballots," according to The Washington Post.

In several primaries this spring, Democratic voters have embraced mail ballots in far larger numbers than Republicans during a campaign season defined by the coronavirus pandemic. And when they urge their supporters to vote by mail, GOP campaigns around the country are hearing from more and more Republican voters who say they do not trust absentee ballots, according to multiple strategists.

This, per The Post, is "alarming Republican strategists, who say it could undercut their own candidates, including Trump himself." This would likely be true if state and local election officials all had the funding and the motivation to prepare now for a massive shift to absentee ballots. But a number of competitive states are not making those preparations, and Republicans are fighting on multiple fronts to prevent election officials from setting up a smooth and safe process for voting during a pandemic.

Meanwhile, the US Postal Service is facing a fiscal crisis created by Republicans, and Trump recently appointed a loyalist, Louis DeJoy, to serve as Postmaster General, causing an exodus of career officials from the agency. Last week, The Washington Post reported that DeJoy "established major operational changes Monday that could slow down mail delivery" by a day or more.

At present, all indications suggest that this election won't be that close, and if Republicans don't defy Trump's nonsense and vote by mail in large numbers--which is a distinct possibility--a few hundred thousand rejected ballots probably wouldn't swing the outcome unless the race tightens considerably.

But that's where things get a bit scary. We know Trump won't accept the results if he loses because he didn't accept them when he won, and he's already claimed that the election will be plagued by massive fraud. A logjam with absentee ballots could keep the outcome close, but perhaps more importantly, it could lead to him winning on election night on his way to a resounding defeat in the days and weeks that follow as the rest of the ballots are counted. (Days and weeks in which they'd attempt to get as many absentees rejected as possible.)

That would give him and the conservative media a window to delegitimize the results, which could potentially pave the way for a Constitutional crisis that either the Courts or the House of Representatives could resolve in Trump's favor.

Fortunately, this is all counter-able. Republicans in Florida and elsewhere who are worried about turnout are encouraging their voters to use absentee ballots. The Democrats have several groups spending tens of millions on promoting voting by mail and fighting to protect the results of the election in the courts and potentially in the streets. We can expect Democrats and their allies to educate their voters about the importance of requesting absentee ballots as early as possible and sending them in promptly.

The potential problems outlined above aren't going to catch anyone by surprise.