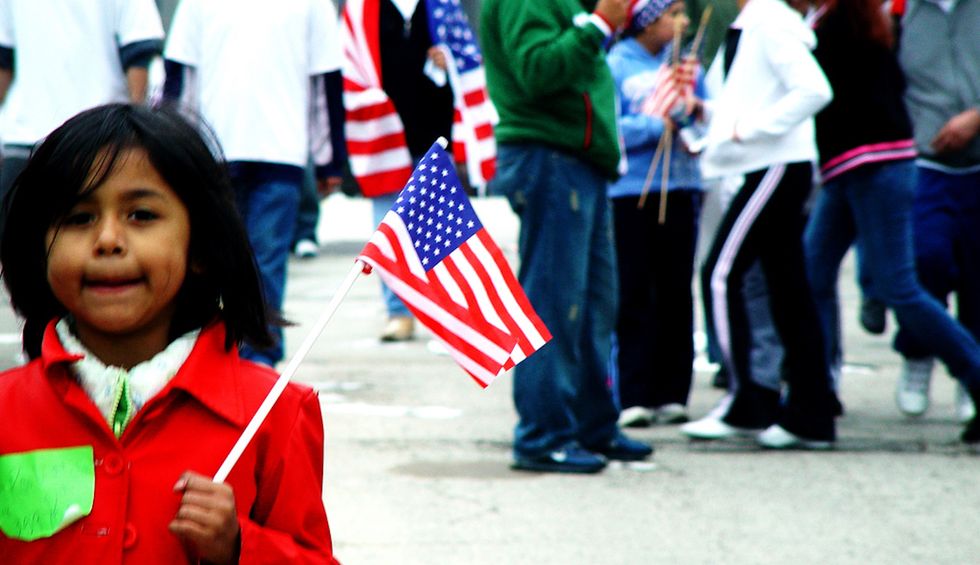 Journalist Jorge Ramos pays tribute in a Univision op-ed to the young undocumented immigrants who, through the sheer force of their relentless activism and courage, both won the Deferred Action for Childhood Arrivals (DACA) program in 2012 and help secure its survival, for now, at the Supreme Court last month.

“The story seems incredible,” Ramos writes. “A small group of undocumented young people has beaten the world's most powerful man, Donald Trump, in the Supreme Court of the United States. It was a long battle and, in the end, it was decided by just one vote.”

“They risked being returned to countries they know nothing about,” the op-ed stated. “But they also learned that mantra of U.S. culture: If you try hard, you can achieve anything. On the way they showed us all how to beat back their fears.”

Plaintiffs in litigation against the Trump administration were DACA recipients themselves, who placed so much on the line by publicly challenging this mass deportation president. “I felt despair” following the program’s rescission, plaintiff Eliana Fernández wrote in her own op-ed, “but, surrounded by other young people in similar situations, I found strength and resolve to fight back.” And they won.

“We marched through rain, sleet, and snow to make sure that the Supreme Court knew: Our home is here,” she continued, referencing the over 200-mile march that DACA recipients and their allies undertook late last year as the Supreme Court was set to hear oral arguments around the program’s termination. “Now I know they heard us. It is simply incredible to feel our community’s power in this moment.”

But as both Ramos and Fernández caution, the fight isn’t close to over. Trump has continued to threaten to end the program, and if he wins in November, he’ll certainly try again. “In contrast, Joe Biden, the Democratic candidate for the presidency, has said he would send a proposal to Congress on his first day in the White House to permanently legalize the Dreamers,” Ramos notes. “The election will be on Nov. 3.”

They write it’ll take our collective energy to again fight to protect not just DACA recipients, but all immigrant families everywhere. “In the meantime, the biggest lesson of this historic ruling by the Supreme Court is that the first step is always to recognize fear, in order to overcome it later,” Ramos continues. “When silence is not an option, marvelous things can happen.” Read Ramos’ entire op-ed here.