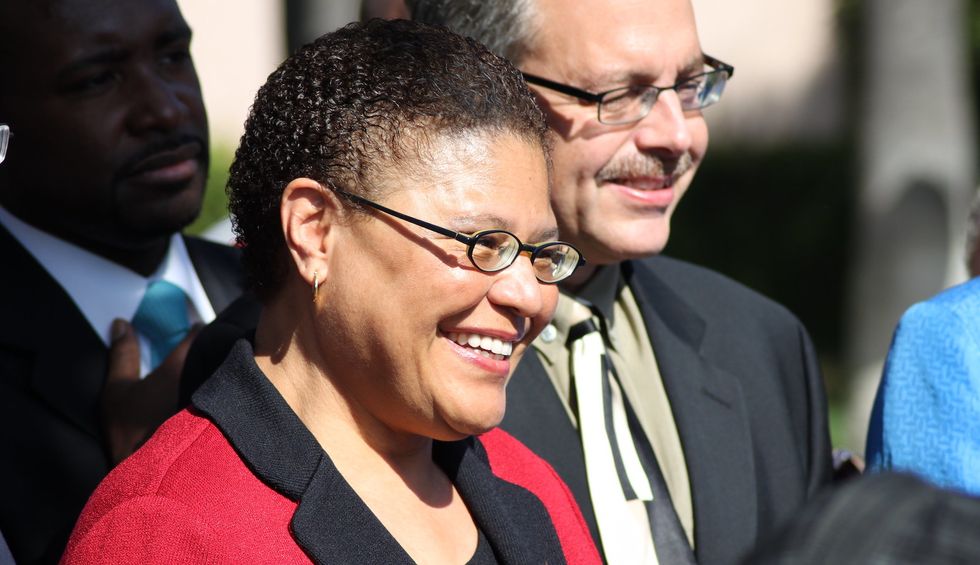 “In many ways, Karen Bass is the anti-Kamala Harris,” Cadelago and Korecki write. “And yet, the Californians have ended up in a similar spot: on Joe Biden’s vice presidential shortlist.”

The Politico reporters explain what they mean by calling the 66-year-old Bass “the anti-Kamala Harris.” Bass, they observe, is “content to let others grab headlines” — and “her personal qualities starkly contrast with Harris” because she is “persuasive but not flashy.”

Nonetheless, they note, Bass (who, in 2018, was chosen to chair the Congressional Black Caucus) “has seen her profile rise of late amid the twin crises of the coronavirus pandemic and national reckoning with racism. Her standing in the VP search has improved based on private assessments shared with Biden’s team.”

Former Los Angeles Mayor Antonio Villaraigosa weighed in on Bass’ appeal, telling Politico: “The reason she’s gone from a name bandied about to a serious contender is because the more you look at her, the more you realize what a perfect choice for the time she is.”

According to Cadelago and Korecki, Bass has “already undergone intense scrutiny from the campaign — including a half-day interview with Biden representatives that a friend described as ‘invasive’ — and has advanced deep into the vice presidential process, according to three people familiar with the vetting.”

Upon seeing Politico’s article, Bass disagreed with being called “the anti-Kamala Harris” and tweeted:

Senator Kamala Harris has spent her entire life fighting for the people. I would never want to be labeled the “anti… https://t.co/U8kF7gfYsf
— Karen Bass (@Karen Bass) 1595600535.0

Despite the attention Bass is receiving from Biden’s campaign, Cadelago and Korecki explain that she “would still have to overcome long odds: the extent of her personal rapport with Biden, whom she didn’t know well at the onset of the process, remains unclear. As does how she would handle the scrutiny and pressures of the role. She is a virtual unknown in most of the country, and unlike Harris, hasn’t been vetted or gone through the rigors of a national campaign.”

The liberal Bass has drawn praise from some conservatives, including Washington Post columnist George Will — who has spoken highly of her calm demeanor — and Jim Brulte, former chairman of the California Republican Party.

But she has also won the praise of progressives within the Democratic Party. In a recent letter to Biden, a group of California delegates for Sen. Bernie Sanders cited Bass as a strong potential VP, along with former Ohio State Sen. Nina Turner and Rep. Barbara Lee of California.