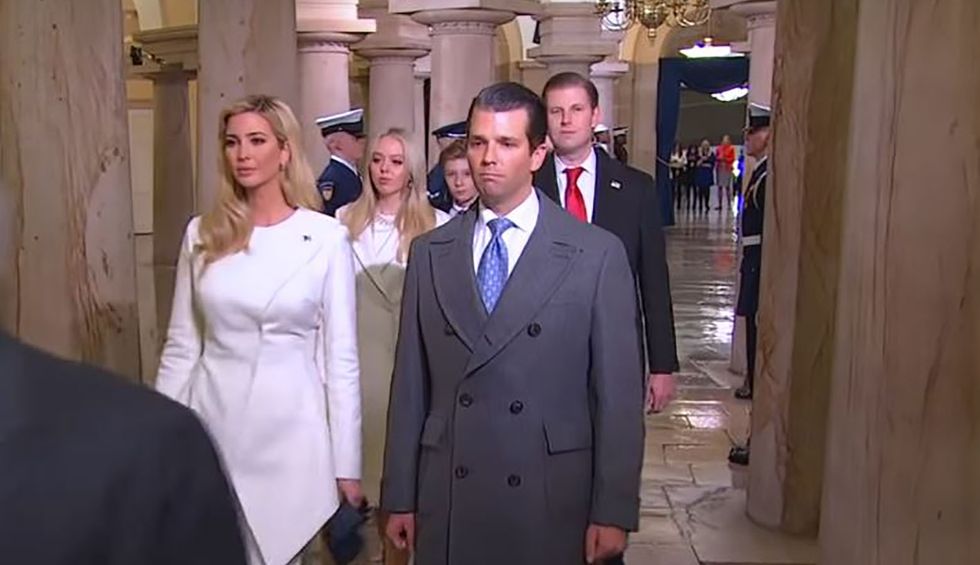 Impeached President Donald Trump is all about money. It’s what motivates him, validates him, makes him happy, if that’s at all possible. And once upon a time, he had a lot more of it than presumptive Democratic nominee Joe Biden. But those days are now over.

Because not only do Biden and his allies have more money, but they aren’t beset by all the problems that come with an association with any Trump organization—fraud, waste, grift, and abuse.

It wasn’t too long ago that Trump had a massive fundraising advantage over a hapless Biden, then stumbling through the Democratic primary on name recognition and latent affection from his eight years as President Barack Obama’s vice president. In March of this year, Trump had raised $212 million and had $240 million in the bank. For his part, Biden was $187 million behind that point. As a NY Times writer put it, “Joseph R. Biden Jr. and the Democratic Party could raise almost $1 million every single day between now and November, and he would still barely catch up to what President Trump and the Republican Party had in the bank at the start of April—let alone what Mr. Trump will have by Election Day.”

What a difference the four months since have made.

Today, Biden has raised $273.7 million, while allied super PACs have raised another $136.5 million, or a combined $410.2 million. Trump and his outside group allies have raised a combined $415.6 million, meaning that the Democratic effort has reached near-parity. Furthermore, Trump and his allies have $134.2 million in the bank, less than Biden and his allies at $146.9 million.

Given that Biden has outraised Trump the last two months, you don’t have to go out on a limb to predict that Democrats will have a healthy cash advantage in the stretch run of the race. But that’s just on the fundraising side. The expense side … well, Trump is going to Trump, which means, he’s grossly mismanaging his cash.

If you exclude outside groups, both campaigns have about the same cash on hand—$113 million for Trump, and $109 million for Biden. Yet the Trump campaign has spent $80 million more—$247.3 million versus $164.8 million. How does a campaign spend that much more to fall deeply behind his opponent?

I’ve discussed it before. His campaign has spent tens of million in TV ads in Iowa and Ohio, two states that won’t have any definitive say in who wins the election. Look at the Nate Silver tweet above—flipping just Florida, Michigan, Pennsylvania, and Wisconsin gives Biden a 307-231 Electoral College victory. Add Arizona and North Carolina, two more states that Biden leads in, and we’re talking 333-205. Iowa and Ohio don’t even factor in that calculation. By the time Biden flips those two states, he will have also flipped Georgia, the Maine rural electoral college vote, and the Omaha Nebraska electoral college vote, for a total of 351-187.

Yet not only had Trump spent heavily on those states when I wrote that original post two weeks ago, but Trump has doubled down on Ohio.

That’s nearly $20 million spending, second only to Florida, in a state that isn’t even a core battleground.

Meanwhile, as of two weeks ago he had spent $16.4 million on legal fees, for such failed efforts as suing CNN for running a poll, suing newspapers for reporting on Trump’s quid pro quo with Russia, suing tiny Wisconsin TV stations for airing Democratic ads, and so on. All those efforts fail, designed to make Trump happy, not to actually accomplish what campaigns are supposed to accomplish—win. Trump has gotten through life by suing his way out of his failures. The strategy is finally failing.

The Trump campaign has made a systemic effort to funnel as much campaign donor money into his pockets as possible. It’s almost as if they see their gravy train ending after this year, and need to suck up as much of that cash as possible to prop up their failing enterprises.

You don’t have to be a stable genius to see the pattern.

Here’s the thing to note about Guilfoyle—she’s credited in that piece above with raising $73 million, which sounds like a lot without context. But here’s the bottom line—despite working for the president of the party that represents America’s wealthiest elite, it is Joe Biden’s campaign that has raised more big-dollar checks.

And it is under her watch that GOP stalwarts like the Mercers and the Kochs have abandoned Trump, focusing instead down ballot trying to salvage what they can of the Trump-induced GOP wreckage.

This news is delicious:

[Former Trump campaign manager Brad] Parscale, reportedly called the $10 million man by Trump, has made no secret of the fact he got rich by working for Trump. He reported a monthly salary of $15,000 from the campaign but recently splashed out on a Ferrari and multiple homes. Trump’s anger apparently culminated after a report that Parscale had been running the campaign poolside from Florida. “They’re doing the full autopsy because the president is pissed,” one Republican close to the campaign and White House told Business Insider.

It was also funny hearing how the campaign spent $325,000 to promote Parscale’s Facebook page. Hilarious, right?

There’s a lot more of that where that came from, like the campaign paying an allowance to the romantic partners of both Trump sons, to the tune of $180,000 each. Don Jr’s girlfriend Guilfoyle, as we saw above, at least seems to have a job. But Eric’s wife Lara is doing … what? Who knows.

But even if Guilfoyle is working for her $15,000/month, should Trump donors really be paying for her $50,000 birthday party? Also, she apparently flies private jets everywhere she goes, and that’s not exactly economical. We don’t know how much that is costing the campaign, but consider this story from Politico’s story on chaos in her fundraising department: “In March, two staffers chose not to fly commercial and instead took the private jet of a major Trump donor to the president’s Mar-a-Lago resort for a finance event. The campaign had to reimburse the roughly $25,000 cost.”

So if one short flight from Virginia to Florida cost the campaign $25,000, how much is her regular private flights costing the campaign? “Guilfoyle herself has used private planes to travel to and from fundraisers. But people close to her argued that it amounted to a small sum given that the events often net millions of dollars,” Politico reported.

So will any of this nepotism, graft, and stupid spending end anytime soon? How could it? It’s baked into Trump’s very personality!

When we get to October, the cash race won’t even be close. Democrats will have far more money up and down the ballot to do what needs to be done to the GOP—utter and complete annihilation. Lucky for us, Trump himself is an ally in making sure they spend their money as poorly as possible.