'He is not permitted to enter': Sioux leader explains why Trump isn't welcome at Mount Rushmore 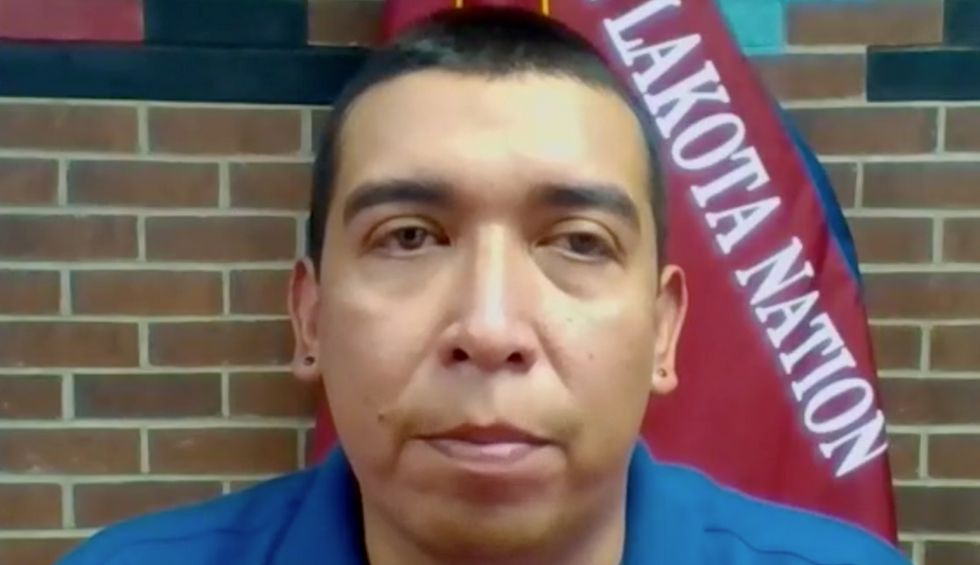 President Donald Trump and First Lady Melania Trump planned to visit Mt. Rushmore National Memorial on Friday for a Fourth of July celebration that was expected to draw an estimated 7500 people. When Julian Bear Runner, president of the Ogala Sioux Tribe, appeared on MSNBC’s “The Last Word” on Thursday night, he explained to host Lawrence O’Donnell why he believed the president’s plans for the event were disrespectful of Native Americans.

“I sent out a letter today to Mr. Trump advising him and stating reasons why he is not permitted to enter the treaty territory at this time due to the lack of consultation with the sovereign leaders of the Great Sioux Nation,” Runner noted. “There’s been no correspondence from his staff or himself to ever attempt to sit down, diplomatically, with the leaders of the Great Sioux Nation to obtain that permission or to contingently seek a plan on how to go about his Independence Day celebration. Right now, for me, it’s very hard for me to remain diplomatic in times like this due to the lack of consultation.”

Runner went on to tell O’Donnell, “My people, it is in our DNA to fight for these lands, to defend these lands — and to protect what is sacred. And Mt. Rushmore is carved on one of our most sacred mountains within the Black Hills, and the people are angry. All I can do as a leader is stand back and support them.”

In addition to criticism from Runner, the event has drawn criticism from health experts who are warning that an event of that size should not be held at a time when coronavirus is infecting so many Americans.