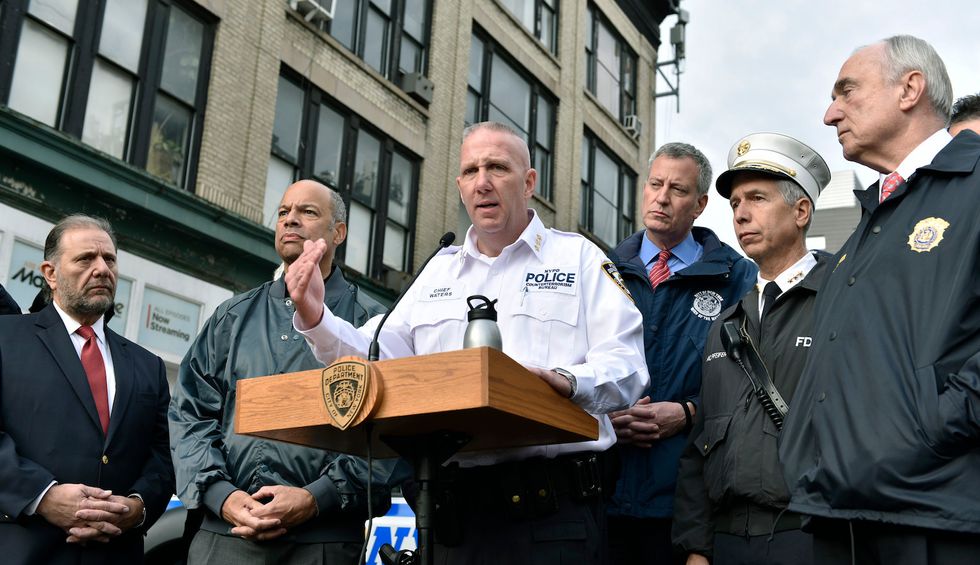 The Department of “But wait, I never expected that leopard to eat my face” has long been one of the busiest in Washington. Great power may be wedded to great responsibility in the comic books, but in real life … it’s a sure thing that extraordinary authority or ability will be, sooner or later, misused. Procedures designed for emergencies will be employed day to day. Laws created for the most severe circumstances will be deployed against the most trivial offenses. Systems built for the military will roll down city streets.

And, as we’re seeing right now in the streets of Portland, an agency gifted with extraordinary access to resources and information with the explicit intent of protecting the nation from the threat of international terrorists, will end up battering the faces of mothers and veterans in the cause of defeating … graffiti. That includes using intelligence resources and surveillance capability meant to dig Osama bin Laden out of a mountain fastness to monitor the activities of peaceful protesters in the United States.

Lawfare reported on Monday evening that they have obtained documents showing that the Department of Homeland Security is collecting information on protesters and planning “targeting monuments, memorials, and statues.” That collection includes drafting a legal cover to allow “expanded intelligence activities necessary to mitigate the significant threat to homeland security.” That’s right—spray paint is now a significant threat to the nation, one so severe that it allows DHS to draft legal cover created in the shadow of 9/11.

In a throwback to the worst actions of the FBI during the Civil Rights actions of the 1950s and ’60s, this document shows that parts of the intelligence community meant to deal with terrorism have been turned inward, not against the proven-violent threat posed by white nationalist organizations, but against protesters involved in the reaction to the police murder of George Floyd and the push to remove Confederate monuments from public sites.

Acting DHS official Ken Cuccinelli—who, like acting director Chad Wolf, has never been officially nominated for his position or subject to Senate review—insists that the government is aware of unspecified “intelligence about planned attacks on federal facilities.” But, as Lawfare makes clear, the assumed authority to conduct intelligence operations against Americans “covers significantly more” that just Cuccinelli’s claims. It includes, at least, monitoring planned marches and activities regarding Confederate symbols and monuments that are not on federal property. DHS has—in a document that is not even classified—made clear that it is deploying powers that were always subject to abuse, in defense of the symbols of racism, wherever they sneer down from their marble mounts.

But of course, the intelligence gathering aspect is just one way in which DHS is being misused. As The Washington Post reports,Trump is very proud of the brutality and chemical agents that the untrained forces have deployed in Portland. “In Portland, they’ve done a fantastic job,” said Trump. “They’ve been there three days, and they really have done a fantastic job in very short period of time. No problem. They grab them, a lot of people in jail. They’re leaders. These are anarchists. These are not protesters.”

This is how Trump presents what appears to be the random selection of people off the street, some of them far away from any federal facility, and throwing them into unmarked cars to be held without access to attorneys or any formal charges. DHS has admitted that the forces in Portland have no training with either dealing with protests or even normal criminal proceedings. And it shows.

Trump and Wolf have made it clear that the intention is to expand this occupation to other cities where Trump claims “dangerous anarchists” are in control. What may be the most extraordinary thing about this incredible step is just how openly Trump is handing out unchecked authority to deal with trivial offenses in defense of blatantly racist symbols. For as many times as Trump has raged about “MS-13” or drug lords on the southern border, it’s not those threats that have generated this massive expansion of federal authority—it’s people who think a century and a half of official veneration of slavery is more than enough.

But the extraordinary surveillance actions and invasion of federal forces into American cities isn’t the end of this assault. There’s another vital flank on Fox News, talk radio, and right-wing media. With edited photo, endlessly replayed clips, and footage lifted from completely unconnected incidents, the Fox audience has been sold the idea that American cities have descended into chaos for months. It wasn’t a part of Seattle occupied by people handing out free pizza and medical care, it was the entire city overrun by screaming anarchists firebombing buildings and shooting police. It’s not a wall of local moms trying to prevent Trump’s secret police in Portland from launching another random assault on protesters, it is, of course, an army of antifa terrorists ready to burn America to the ground.

There’s a reason that the gun-waving couple from St. Louis have become regularly interviewed stars on Fox. It’s not just that they’ve been made heroes of the Second Amendment, but that the fear and expectation of violence they displayed is exactly what the Fox audience has been sold. The fear of fellow Americans created on Fox is an essential support for Trump that is almost entirely invisible for anyone watching an actual news network.

As the Post makes absolutely clear, Donald Trump is, “leveraging a manufactured excuse to use military and quasi-military forces for his political benefit—just as the White House ordered a group of peaceful protesters to be cleared from a plaza in Washington so Trump could visit a church for a photo op.”

Washington, D.C. was the proof of concept. Portland is the beta test. What Trump has learned is that Republicans in Congress will still back his every play, and Fox is always willing to stand in support of racism. Now the rollout is coming across America.