'Deplorable': Trump condemned as US buys up nearly entire supply of COVID-19 drug 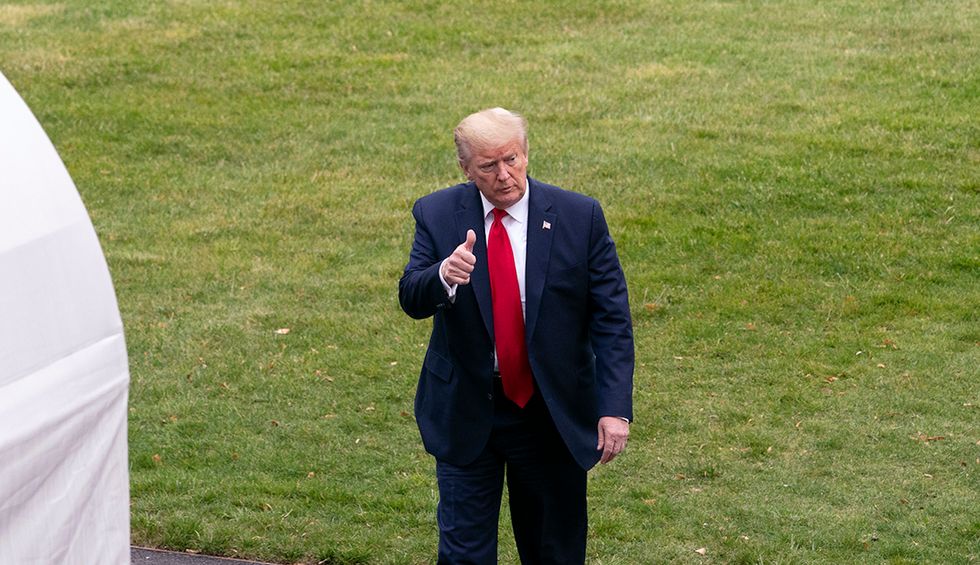 Most of the world will not be able to make use of a modestly effective Covid-19 treatment for at least the next three months because the Trump administration this week bought up nearly the entire supply of the drug, a move critics said exposes the potentially deadly consequences of the U.S. president's so-called "America First" approach in the context of a pandemic that has swept the globe.

The Trump administration's decision to purchase almost all of California-based Gilead Sciences' projected stock of remdesivir through September was also viewed by observers as a glaring example of the "dysfunctional character" of a patent system that gives pharmaceutical giants decades of monopoly control over a drug that could save lives in the near-term.

"This is what happens when the world relies on a broken system driven by greed and profit during a pandemic," tweeted U.K.-based advocacy group Global Justice Now, which is urging governments to override Gilead's patent through compulsory licensing.

"Governments have a right to override this ludicrous patent system under international law, and they should take the opportunity to do that now, saving the [National Health Service] and patients around the world from the profiteering of these dysfunctional corporations," Nick Dearden, director of Global Justice Now, said in a statement.

On Monday—the same day Gilead unveiled its pricing plan for remdesivir—the U.S. Health and Human Services Department (HHS) announced it "has secured more than 500,000 treatment courses of the drug for American hospitals through September." The company said it will charge U.S. hospitals around $3,120 per privately insured patient for a treatment course of remdesivir, a price consumer advocacy group Public Citizen condemned as "offensive" given that U.S. taxpayers poured more than $70 million into developing the drug.

HHS Secretary Alex Azar gushed in a statement that President Donald Trump "has struck an amazing deal to ensure Americans have access to the first authorized therapeutic for Covid-19" as infections continue to surge in dozens of states across the U.S.

But as The Guardian reported Tuesday, "experts and campaigners are alarmed both by the U.S. unilateral action on remdesivir and the wider implications, for instance in the event of a vaccine becoming available. The Trump administration has already shown that it is prepared to outbid and outmaneuver all other countries to secure the medical supplies it needs for the U.S."

Well, it's only gone and happened. Experts have been warning about the politics of drug/vaccine/diagnostic supplies… https://t.co/AUQcCeyA4V
— Sarah Newey (@Sarah Newey) 1593552223

Michael Smith, head of politics and international relations at the University of Aberdeen in Scotland, tweeted Wednesday that "we knew Trump was Mr. 'America first,' but this is still a deplorable act in the face of a global crisis."

The Guardian noted that the U.K. and other nations still have the option of purchasing the drug through "generic companies in Bangladesh or India, where Gilead's patent is not recognized."

Gilead ignored calls from civil society organizations around the world to relinquish its exclusive control over remdesivir and take steps to ensure that the treatment is widely available to those in need regardless of where they live or their ability to pay.

"An exclusivity and monopoly-based approach will fail the world in combating the Covid-19 pandemic," more than 150 organizations and experts warned in an open letter in March. "Gilead must act in the public interest now."

Dr. Deborah Gleeson, a senior public health lecturer at La Trobe University in Australia, told a local news outlet Wednesday that "it's quite outrageous that the U.S. government has bought up almost the entire next three months supply of remdesivir."

"It's a very concerning precedent because if we see the vaccine coming from a U.S. company, we're likely to see the same type of behavior and hoarding by the U.S. and other developed countries," said Gleeson. "With a pandemic like Covid-19, the problem won't be solved until it's sold for the whole world."