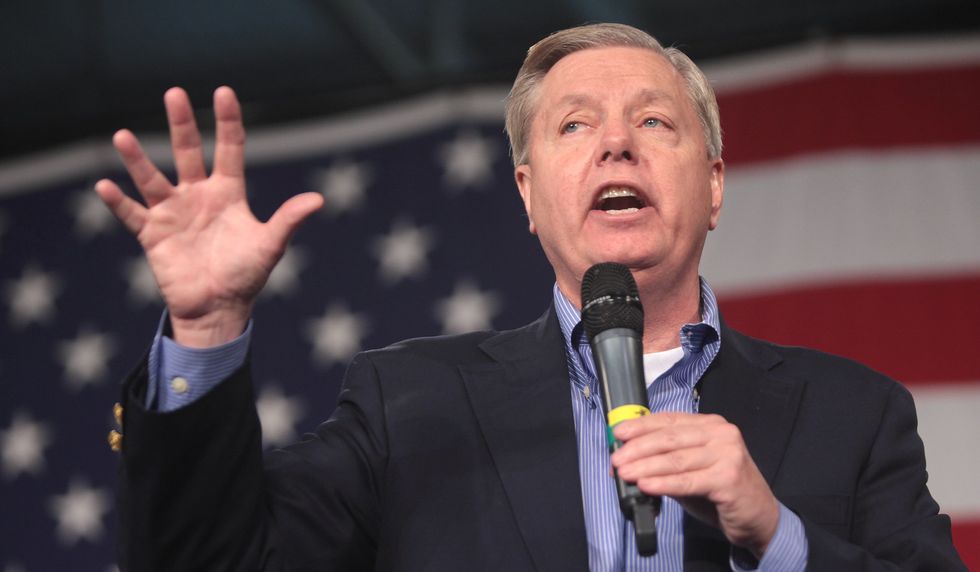 According to a report at the Daily Beast, some Republicans, as well as advisors to Donald Trump, are questioning Sen. Lindsey Graham's decision to relitigate the investigation by special counsel Robert Mueller into the Trump administration's connections to Russia so close to the election saying it could come back to haunt both the president and Graham himself.

Last week Graham, who heads up the Senate Judiciary Committee, stated that he was willing to call Mueller back to testify again about his investigation and that has some conservatives nervous.

In an interview with the Beast this week, Graham admitted, "I was reluctant to call him because it was hard to watch [him testify] in the House. I just think, if he decided to comment on the Stone case... OK, let’s hear what you’ve got to say.”

While the White House has been silent about Graham's plans, some Trump allies --including one of the president's former attorneys --are wondering if it is not all a big mistake.

"Republicans and even prominent figures in pro-Trump media are split, not just as to whether Mueller should be called back to the Hill but whether it’s a good idea at all to re-litigate his probe at a time when the president is struggling both to respond to the coronavirus pandemic and with his re-election bid against former Vice President Joe Biden," the report states, adding that Fox News personality Tucker Carlson, a confidant of the president thinks Grahams needs to back off of his plans.

"In a recent episode, Carlson decried how many GOP bigwigs, including some on-air at his own network, were so intensely focused on Russiagate at the expense of policies that could affect millions of Americans," the Beast reports, quoting Carlson saying, "Who cares how many Benghazi hearings we have? We are supposed to care, but why should we? How did Peter Strzok’s text messages become more important than saving American jobs from foreign nationals who are taking them? It is lunacy! We fall for it every time.”

Add former Trump attorney John Dowd to the list of critics of the recalling of Mueller, saying he's not sure Graham is up to the job of pressing the former special counsel.

“I don’t quite understand Sen. Graham… I’m never quite sure what he’s up to,” he told the Beast. "When he called [Rod] Rosenstein, he didn’t even ask him… ‘What was the factual basis to appoint a special counsel?’ So, I’m not sure how reliable any [hearing of his] would be…I’m not sure what he’s about. But I thought his examination of Rosenstein was poor.”

The report also notes that Graham that some Republicans feel Graham needs to focus on his own re-election where he faces a stiff challenge from Democrat Jaime Harrison, who has amassed a $29 million campaign chest.