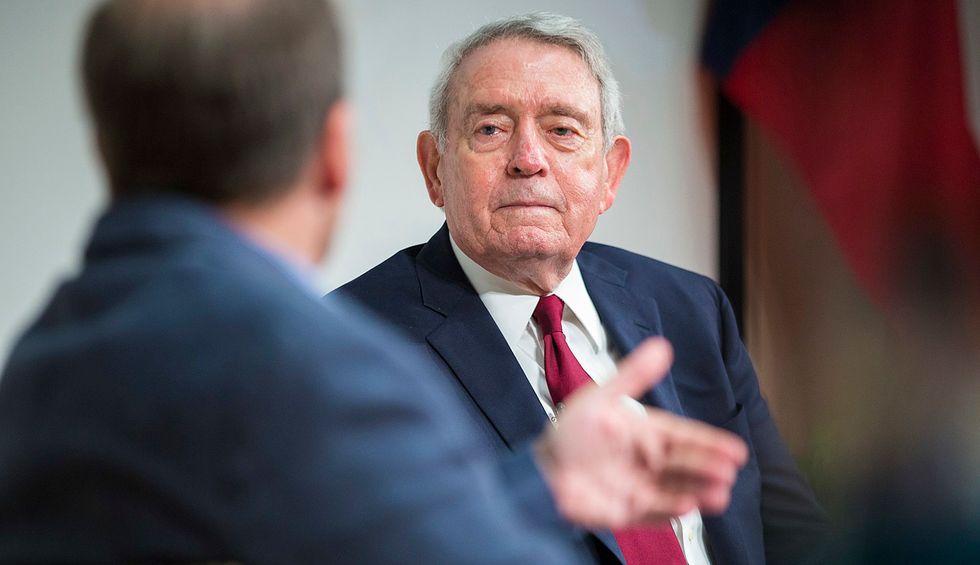 I hesitate to even write about the silly debate over "cancel culture" while the Trump regime is actively working to suppress multiple books critical of the president*--going so far as throwing Michael Cohen in prison in the midst of a pandemic for moving ahead with his tell-all--and while unidentified paramilitaries kidnap Americans suspected of protesting on the streets of Portland and elsewhere. With police across the country violently suppressing dissent, it's almost surreal that we're even talking about "Twitter mobs" and private companies firing people for expressing their opinions in a country with at-will employment.

I will leave it to others to write about power imbalances and counter-speech and the delicate balance between the liberal exchange of ideas and enforcing social norms against bigotry.

Instead, I want to focus on the central, obvious mendacity at the heart of this whole discourse: That attaching professional and social consequences to the expression of ideas people disagree with is a dynamic of the left. It isn't just an egregious lie because the right engages in the same behavior. It's egregious because if anything, the left is co-opting tactics long employed by the right to police "the marketplace of ideas."

The most damaging example of this is arguably McCarthyism, with its blacklists that made people who had expressed "un-American" viewpoints unemployable.

In the 1960s, they called Martin Luther King a communist, among other smears, and then murdered him. He was the most prominent of countless civil rights activists whose political expression was violently suppressed by reactionary forces both inside and outside the government. Reed Irvine’s Accuracy in Media was founded in 1969 to birddog reporters and bring pressure to punish them to their employers.

While “cancel culture” may be a recent phenomenon, public scapegoating, shaming and silencing tactics are not.

Throughout the 1980s and 1990s, church youth groups coordinated book burnings and music bonfires to purge their world of evil art. On any given night of the week, televangelists and Christian activists could be found on cable news attacking their enemies by name and blaming them for the “moral decay” of America.

Evangelicals tried their level best to smear and shame any person or organization who didn’t behave or believe appropriately in order to forcibly craft a society according to their Christian values.

When the target of their wrath wasn’t vulnerable to their smears, they used the foremost tool of cancel culture: the boycott. In 1997, the 16 million-member Southern Baptist Convention boycotted the Walt Disney company, which they perceived to be too gay-friendly.

Two years later, Jerry Falwell Sr., founder of the Moral Majority, famously led an effort to boycott “The Teletubbies,” a children’s television program, because he got an inkling that its Tinky-Winky character was covertly gay.

In 2012, the evangelical group “One Million Moms,” part of the American Family Association, led a boycott of JCPenney after comedian Ellen DeGeneres, an out lesbian, was named the department store chain’s spokesperson.

The current debate over cancel culture requires a sort of mass amnesia. One must forget about conservatives burning Dixie Chicks records for the crime of calling George W Bush a warmonger, or getting Dan Rather fired over an error in an otherwise accurate report about Bush's effort to avoid serving in Vietnam, or the "self-censorship" of MSNBC literally cancelling Phil Donahue's top-rated show out of fear of a potential right-wing backlash over his opposition to the invasion of Iraq.

We must ignore the right's long campaign to blacklist professors whose views they disagree with. David Horowitz wrote a whole book about academics whose opinions he deemed "dangerous." There are organizations devoted to encouraging conservative college students to report their professors' "wrongthink," as Bari Weiss put it in her whiny resignation letter.  (Weiss is infamous for trying to get pro-Palestinian speakers cancelled and academics fired from Columbia University. Those who insist that she shouldn't be called out for her hypocrisy because she was a young person at the time ignore the fact that she endorsed a campaign to have a talk by cartoonist Eli Valley cancelled just last year.)

We must pretend that conservatives with big Twitter followings aren't constantly unleashing their flying monkeys on liberals who violate their code of political correctness with as much or more venom as any "social justice warriors." We must elide the fact that the only professional organization whose sole purpose is to generate "Twitter mobs" is the conservative group, Twitchy. We must act as if conservatives aren't constantly calling for boycotts and counter-boycotts over politics.

In the past year, conservatives have ginned up outrage over old tweets by a New York Times photojournalist, costing him his job, CNN's Caitlin Collins and Josh Dawsey, whose "offensive" tweet was clearly sarcastic. Max Boot writes about the campaign to purge Republicans who have criticized Trump across the conservative media. (Here's a Federalist writer apologizing to his readers for defending Bill Kristol back in 2017.)

CNN published a long list of people and organizations Trump has attempted to "cancel" in recent years. And I could easily go on. One only needs a few minutes on Google to understand that the discourse over "cancel culture" as a phenomenon of the left is a total myth.

It's unfortunate, as we could be having an honest conversation about how social media and political polarization are narrowing the space for healthy disagreement across the political spectrum. I have yet to see anyone in the center or on the broad left decry Tucker Carlson's top writer losing his job for posting wildly racist and misogynistic content to a private list, and I have yet to see anyone defend the firing of David Schor ostensibly for tweeting out the results of a study. Taken together, these incidents prove that there's no principled objection to people being "cancelled," and we could and should be having a much more productive discussion about where to draw the line.

We could have a healthy debate about whether and to what degree the left should adopt the right's cancel culture. But unfortunately, we have instead engaged in a months-long discourse over the widely mocked thesis of Jonah Goldberg's silly 2008 book, Liberal Fascism. It's a reactionary propaganda campaign against the left, and decent people need to stop falling for it.