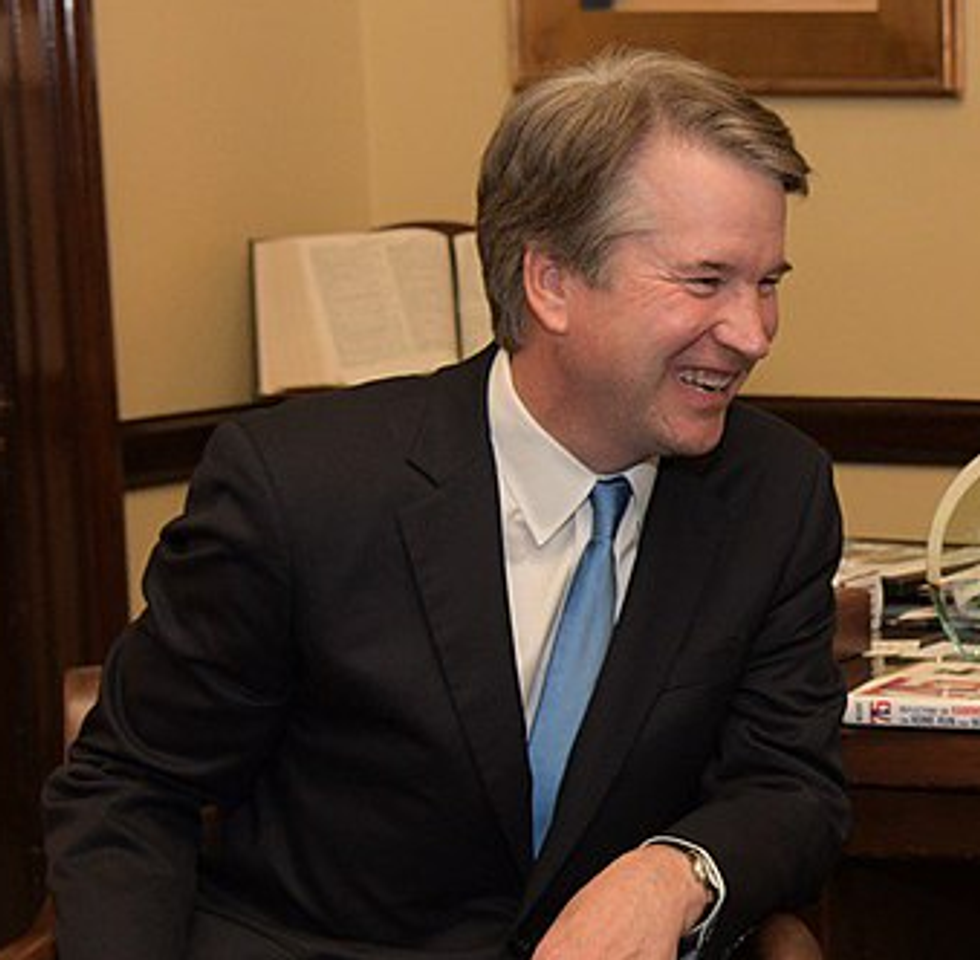 According to Jonathan Lemire of the Associated Press, Donald Trump is reportedly focusing his ire on Supreme Court Justice Brett Kavanaugh, along with Neil Gorsuch,  for siding with the majority of justices who ruled on Thursday that the state of New York must be given his tax returns as part of a criminal investigation.

Appearing on MSNBC's "Morning Joe" with co-host Willie Geist, Lemire was asked how the president -- and the White House -- are reacting to the setback for the president.

"You're at the White House, it's either a witch hunt or a big win depending on who you ask," host Geist began. "[Trump attorney] Jay Sekulow is also calling it a win. The president doesn't want his tax returns, financial records to see the light of day particularly before election day. What's the concern now with the two 7-2 decisions?"

"You're right that the West Wing's response was somewhat schizophrenic to these rulings yesterday," Lemire replied. "The president's real anger was on Twitter in the immediate moments after the announcement and then it evolved as the day went on."

"Politically we'll see what sort of fallout we have here, there's a sense the tax returns are not going to see the light of day, won't be made public until after the election," he continued. "So in that sense there was a sigh of some relief from the White House, if that holds true. But the anger from the president was that the court itself, in particular according to our reporting, the justices that he appointed, Kavanaugh and [Neil] Gorsuch, who, as you said earlier, he demands loyalty from his appointees, from his staff in his circle even though he doesn't always exhibit it in return."

"As he is fighting for re-election here and is down in the polls, one of the arguments his campaign has made time and again is they have two justices, they got two conservatives on the court; Gorsuch, a relatively smooth process and Kavanaugh decidedly less so."

"He's had a series of setbacks from the Supreme Court in recent weeks, and to this point, though some of his anger has been directed at Chief Justice [John] Roberts who has frustrated him according to our reporting more or less since he took office, in the last few weeks, and particular yesterday, it was on Gorsuch and Kavanaugh, a real sense of betrayal, as one person close to the president put it to me," he added.