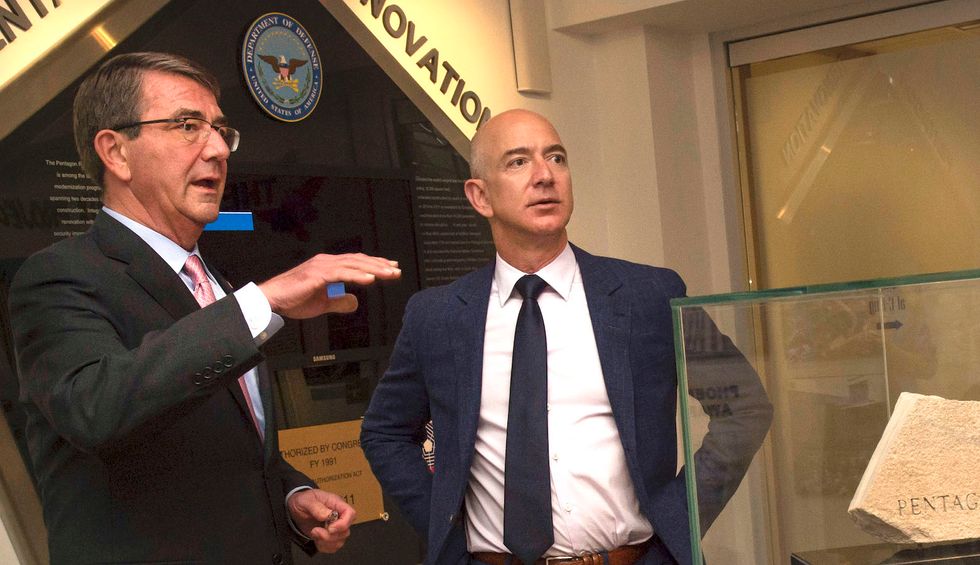 Days before the expiration of federal unemployment benefits is expected to bring about a wave of evictions, food insecurity and widespread economic pain for millions of Americans, Amazon founder Jeff Bezos—the world's richest person—added $13 billion to his personal wealth on Monday.

The rise in Bezos' assets represents the largest single-day net worth increase for an individual since Bloomberg began its Billionaires Index, a daily ranking of the world's richest people, in 2012.

"In ONE DAY Jeff Bezos made well over 4,000 times what the average American earns in their ENTIRE LIFETIME," tweeted Maura Quint, executive director of Tax March.

While the coronavirus pandemic of 2020 has led to an historic increase in unemployment and a new reliance on food banks and SNAP benefits for millions of Americans, Bezos is among the elite set of American billionaires who have seen their net worth skyrocket since the pandemic began. With many people forgoing shopping trips and buying products online instead—often using Amazon—the wealth of the company's CEO has grown by $74 billion since the beginning of the year and now sits at approximately $189 billion.

Such exponential growth in an individual's wealth "should not be legal," tweeted People for Shahid, a grassroots group working to elect democratic socialist Shahid Buttar to replace House Speaker Nancy Pelosi (D-Calif.) in November's general election.

Despite the success of the expanded unemployment benefit—which was passed as part of the CARES Act in March as 10 million people lost their jobs in the days after the public health crisis was declared a national emergency, forcing the closure of businesses across the country—President Donald Trump said Monday in a private meeting that the benefit should never have been offered.

The pandemic has also ushered in a crisis of housing insecurity, with nearly a third of Americans missing their mortgage or rent payments in June. Twenty percent of renters didn't pay their rent on time in May and 31% weren't able to in April.

As Common Dreams reported Monday, the Supplemental Nutritional Assistance Program (SNAP) also saw unprecedented growth in demand this spring, and proved successful in providing a safety net for laid off and furloughed workers. Republicans are planning to cut the expansion of aid through the program as well as allowing unemployment benefits to expire.

While Amazon reported $13.9 billion in income in 2019, Bezos' company managed to pay just $162 million in federal taxes last year—a 1.2% tax rate despite the United States' 21% federal tax rate for corporations. The previous two years, according to the Institute on Taxation and Economic Policy, Amazon paid $0 in federal income tax.

After seeing Bezos' huge single-day increase in wealth, Patriotic Millionaires, which advocates for reducing inequality on behalf of wealthy individuals, repeated their perennial demand to "tax the rich."

Grassroots group People for Bernie wrote that Bezos "stole," rather than earned, $13 billion in a single day.

While setting a new record on Bloomberg's Billionaires Index, the group wrote, Bezos' company also cut a $2 per hour temporary raise given to warehouse employees when the pandemic began and in May Amazon reportedly told workers its paid sick leave policy doesn't apply to its warehouses.