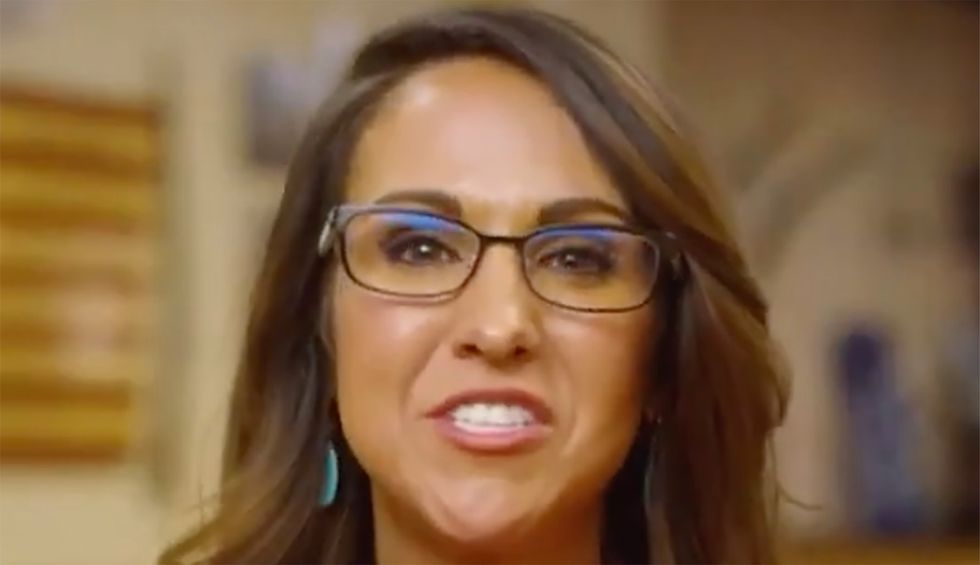 There was no reason to think the ultra-conservative congressman would have any issues winning renomination: Shortly after Boebert launched her campaign in December, Tipton earned a coveted Trump endorsement tweet—usually more than enough to ward off any trouble. Like a classic Republican outsider, Boebert attacked the incumbent for his supposed eagerness to compromise with Democrats and his allegedly insufficient loyalty to Trump, despite that tweet. And like a classic Republican outsider, she raised almost no money, just $133,000 to Tipton's $1.1 million.

But Boebert had a flare for capturing the attention of the media. Last year, she confronted Beto O'Rourke at an event in Colorado during the former Texas congressman's short-lived presidential bid. Challenging O'Rourke's plan for a mandatory buyback of high-powered rifles, Boebert declared, "I was one of the gun owning Americans who heard you speak regarding your 'Hell yes I'm going to take your AR-15s and AK-47s.' Well, I'm here to say 'Hell no you're not.'” The encounter predictably garnered her an appearance on "Fox & Friends."

More recently, Boebert defied local and state health ordinances aimed at mitigating the spread of the coronavirus to re-open her restaurant, Shooters Grill, which is located in a town named Rifle (yes, really). The authorities shut down the establishment, prompting a court fight that led to more headlines. Unsurprisingly, Boebert's campaign was the only one in the state to tell the Colorado Sun that it would be hosting an in-person party on election night.

Tipton had always presented himself as a fairly typical Republican and had never so much as struggled in a previous primary. Boebert's promise to provide a purer strain of extremism—she's even embraced the bonkers QAnon conspiracy theory—isn't anything unusual. What stands out is that she was able to communicate her grievances with a large enough proportion of the primary electorate to actually get heard.

In that she may have been helped by Tipton's apparent complacency: According to a Republican media buying firm, he didn't spend a penny on the airwaves ahead of the primary and only resumed advertising on Facebook after a long hiatus a week before the primary. Tipton's largest expense, in fact, was for fundraising consultants. Boebert, meanwhile, aired a TV ad that accused Tipton of "teaming up with AOC and her squad to give Boulder a bailout" and siding with Nancy Pelosi "to give amnesty to millions of illegal immigrants."

It's a dispiriting end for Tipton, who arrived in Congress after an upset win of his own during the 2010 Republican wave. Tipton had challenged Democratic Rep. John Salazar four years earlier but was crushed 62-38. Though he won a seat in the state House seat two years later, Tipton looked like he'd be the underdog against Salazar during their rematch. But 2010 was a very different year, and Tipton unseated Salazar 50-46. Democrats made several attempts to defeat him over the following decade, but Tipton always decisively won.

Yet while Boebert celebrates tonight (and helps spread the coronavirus), Republicans in D.C. will be shaking their heads in distress. Colorado's 3rd Congressional District, covering a huge swath of the state from Pueblo to the Western Slope, is red but not implacably so: After voting for Mitt Romney by a 52-46 margin, it moved to the right four years ago, handing Trump a wider 52-40 win. But in 2018's race for governor, it snapped back a considerable distance, giving the Republican candidate just a 50-46 edge.

Despite that contraction, Tipton managed to fend off Democrat Diane Mitsch Bush, a former state representative, by a slightly larger 52-44 spread that same year. But Mitsch Bush, who earned the Democratic nomination again on Tuesday by decisively winning her own primary, will now see increased interest in her candidacy, and with almost $1 million raised so far this cycle, she's already proven herself a vastly superior fundraiser to Boebert. With Republicans already facing long odds to retake the House, Lauren Boebert just made them longer.