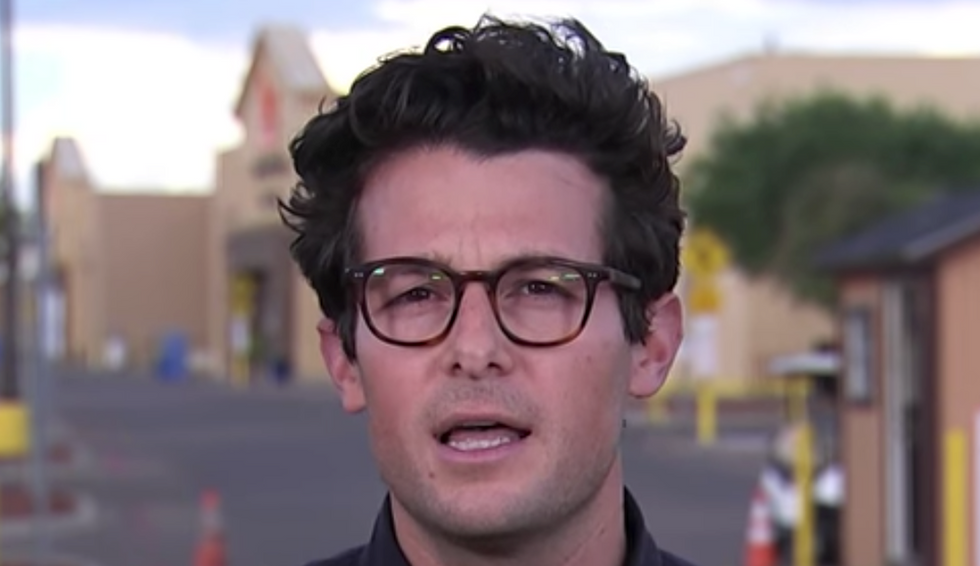 MSNBC's Jacob Soboroff revealed a conversation he had with an aide to Vice President Mike Pence in his new book "Separated: Inside an American Tragedy" that gives a disturbing glimpse of the kinds of people working in the Trump administration.

Soboroff has been one of the most dogged reporters pursuing the story of President Donald Trump's immigration policy, and his new book centers on the administration's horrific decision to systematically separate thousands of migrant kids from their families as they crossed the U.S.-Mexico border. This policy caused widespread chaos, trauma, and harm that continues to this day.

At one point in the book, as revealed on "The Rachel Maddow Show" Monday night, Soboroff confronted Pence staffer Katie Miller, who had been a spokesperson at the Department of Homeland Security during the crisis.

"My family and colleagues told me that when I have kids, I will think about the separations differently," Katie Miller, who later married Trump's infamously anti-immigrant staffer Stephen Miller, told Soboroff. "I don't think so. DHS sent me to the border to see the separations myself to try to make me more compassionate, but it didn't work."

"It didn't work?" Soboroff said, noting he was "exasperated." "I will never forget what I saw. Seriously. Are you a white nationalist?"

Most people, asked that question, would be horrified and offended. But what was Miller's reply?

"'No, but I believe if you come to America, you should assimilate," she reportedly responded. "Why do we need to have 'Little Havana?'"

It's a jarring response. First, the idea that anyone in government would respond to the question "Are you a white nationalist?" by saying, "No, but..." is galling enough on its own. But her further explanation is even more baffling. Whatever you feel about finer points of immigrant assimilation patterns and cultural habits in the United States, it's hard to see how they could at all be relevant to the cruelty of tearing kids away from their parents and imprisoning them, often in cruel conditions.

The fact that she connects her reaction to this cruelty with her feelings about Little Havana shows exactly who she is. But then, so does the fact that she married Stephen Miller.