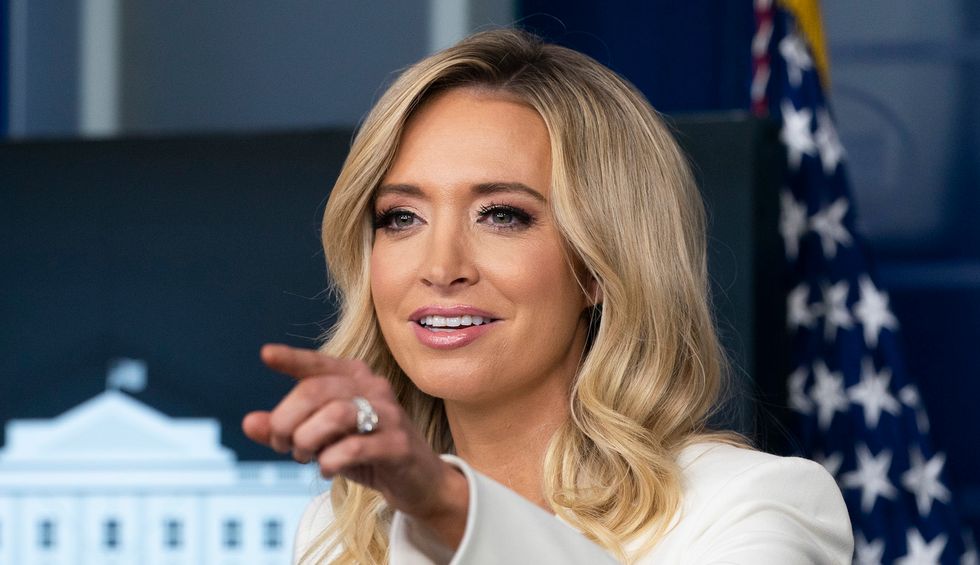 During her Friday press briefing, White House Press Secretary Kayleigh McEnany informed her viewers of news that was sure to devastate millions of kids. "Paw Patrol," a beloved children's show, was canceled, she said.

Except, as the show would later point out, this was just another one of McEnany's many lies and falsehoods.

So how did McEnany come to spread false information about a popular kids' program? Unsurprisingly, no reporter asked her about "Paw Patrol." She brought it up herself in a screed against "cancel culture," a nebulous idea that the president has latched on to in hopes that he can use the culture wars to win re-election.

McEnany was correct that "Cops" and "Live PD" were canceled. She's wrong about Lego, which is still selling police station sets, and she was wrong about "Paw Patrol," as the show made clear on Twitter:

It's a small thing to get wrong, and of course, we can all make mistakes. But McEnany's briefings are frequently filled with error-laden rants and ideologically driven attacks on the media, showing little interest in actually informing the American people about important issues affecting their daily lives. The incident highlights that she doesn't think of her job as communicating vital news to the public, but propagandizing purely for the president's benefit.  Meanwhile, she often has convenient lapses in her knowledge on key political issues of the day.

"The sad part is that someone in the White House wrote up this random piece of misinformation for the press secretary to read from her binder," said CNN reporter Kevin Liptak, "but no one thought to check whether Trump had raised Taliban bounties or election interference with Putin ('I was not on that call.')"