Why Trump's lawsuit against John Bolton is pointless, incompetent and weak 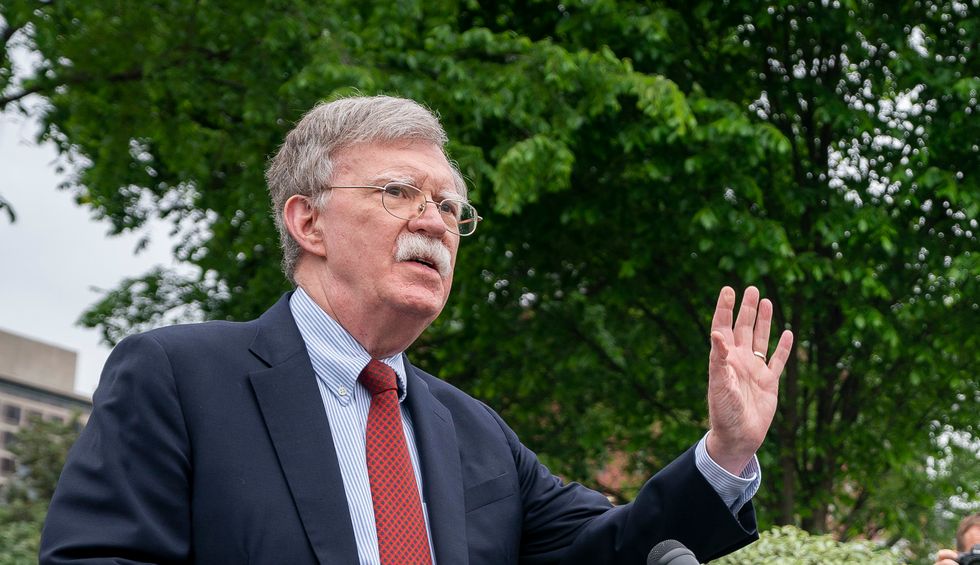 A million years ago, in the time before the coronavirus pandemic—a time also known as January—former National Security Advisor John Bolton had a chance to do this nation a solid. In both the House and the Senate, testimony in Donald Trump’s impeachment made it clear that Bolton was a key witness to the events during which Trump had attempted to suborn false statements from the Ukrainian government in an attempt to get a political edge over Joe Biden. Bolton then exacerbated the calls for his appearance at the hearings by leaking excerpts from an upcoming book and promising that there was blockbuster info both in connection to Ukraine and to Trump’s other foreign entanglements.

Even with Republicans putting on a genuinely history show of cowardice in voting to listen to no witnesses at all, Bolton had an opportunity. He didn’t have to testify in the Senate, he just had to … testify. He could have gone on any news show in America and made a genuine impact by revealing the information he knew about Trump’s lies, attempted bribery, incompetence, and profiteering. Instead, Bolton stayed silent, choosing to wait for the moment when his book was released to maximize his own profits while simultaneously assuring that he would not be there when his nation needed him most. So now Bolton’s book is here. Or almost here. Because despite months of review and revision to remove anything that could be considered classified, Donald Trump has now declared that everything is considered classified. Every single word that ever dropped from Trump’s lips has been retroactively classified by Trump. And now he’s suing Bolton to block the release of his book.

Even the title of Bolton’s book, The Room Where It Happened, suggests that Bolton was witness to a crime. And he’ll share the salacious details with the rest of us … for a price. On the one hand, there would be a definite satisfaction if Bolton, who found he liked teasing the nation more than providing vital testimony, never got to profit from his book. His abdication of his responsibilities, not just as a former government official, but as a citizen, was so egregious that watching Bolton and Trump locked in a fruitless legal snarl from now until both have shuffled off, would seem like justice of a sort.

As The New York Times reports, Trump’s suit claims that Bolton has broken an agreement for review of the manuscript and that he’s unilaterally deciding that it’s okay to go forward with the material in the book. Bolton handed over draft copies of the manuscript for review in 2019, and Bolton made changes in response to a set of initial requests. But after that, the response from the Trump White House was to simply not respond. Bolton never got the standard written release to mark the end of the review.

The suit charges Bolton with “breach of contract” in proceeding with publication and distribution of the book without securing that White House approval. Since the Justice Department now acts as Donald Trump’s personal law firm, the DOJ has asked a federal judge to both claw back Bolton’s payment for the book, and tell Bolton to get Simon & Schuster to pull copies from the shelf. The fact that the suit doesn’t name the publisher directly is an indication of just how fragile Trump’s suit really is. There are a semi-infinite number of previous cases that can be referenced when it comes to trying to block the publication of material that’s deemed to be classified, and very few of them are helpful to Trump’s position. So instead the suit skates around trying to extract either money or action directly from the publisher and attempts to both go after Bolton’s pocketbook and force him to act to block sales of the book.

On the one hand, the careful tiptoe made by the DOJ in framing the suit to skirt the publisher is a sign that even William Barr understands how tenuous this attempt to block the book really is. On the other hand, the suit includes claims that Bolton leaked classified information. Leaking classified information is a federal crime. Bolton hasn’t been charged with that crime, but including that claim in the lawsuit certainly suggests that if he doesn’t agree to a further delay of the book, those charges could appear.

But … overall the effort from the DOJ seems to be halfhearted. Everything points to this being more an exercise in Barr making Trump happy than a serious attempt to block publication. Simon & Schuster has actually printed and distributed hundreds of thousands of copies of Bolton’s book to warehouses, and even book stories, across the nation. There’s not so much as a request for a restraining order—even a temporary order—that would stop the publisher from simply giving stores the thumbs-up to begin sales.

Trump’s suit seems to be a good deal of smoke, but there’s little sign it contains any fire. Bolton’s book is going to be released. That doesn’t mean it should be bought.

Dare we hope: Will Special Counsel Jack Smith do what Robert Mueller would not?