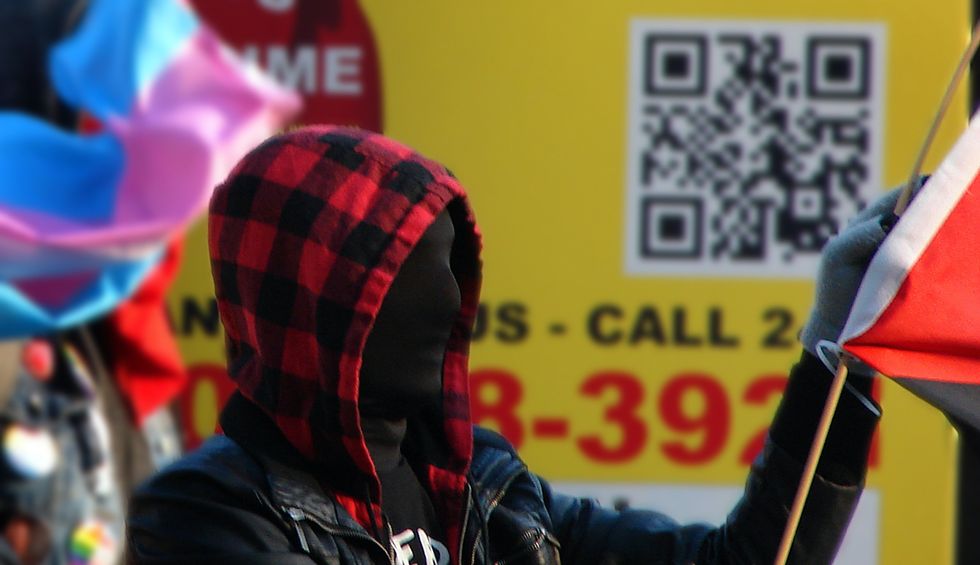 During the civil unrest that has rocked the United States following the death of George Floyd in Minneapolis on May 25, President Donald Trump has, without evidence, been blaming Antifa for riots and looting. But according to Business Insider’s Aaron Holmes, some tweets that have been attributed to Antifa were actually a false flag operation.

A Twitter spokesperson, Holmes reports, told Business Insider that a troll account falsely identifying itself as Antifa really belonged to the far-right white nationalist group Identity Evropa. The account, @ANTIFA_US claimed to be part of the Black Lives Matter movement.

One of the hoax tweets on Sunday read, “ALERT. Tonight’s the night, Comrades. Tonight we say ‘Fuck the City’ and we move into the residential areas…. The white hoods…. and we take what’s ours. #BlacklivesMaters. #Fuck America.” With hindsight, this clearly looks like a white nationalist's fantasy of what an Antifa account would say.

Trump has called for Antifa (which stands for anti-fascist) to be designated a terrorist organization. But as Holmes explains, Antifa isn’t an organization, but a broader movement and collection of tactics.

“The Antifa movement is a loosely affiliated group of anti-fascism activists, but does not have a national organization, defined structure or leader,” Holmes notes. “President Donald Trump designated Antifa as a terrorist organization Sunday and has blamed it for organizing the property destruction seen at some protests nationwide, but there’s little evidence of any such coordinated effort.”