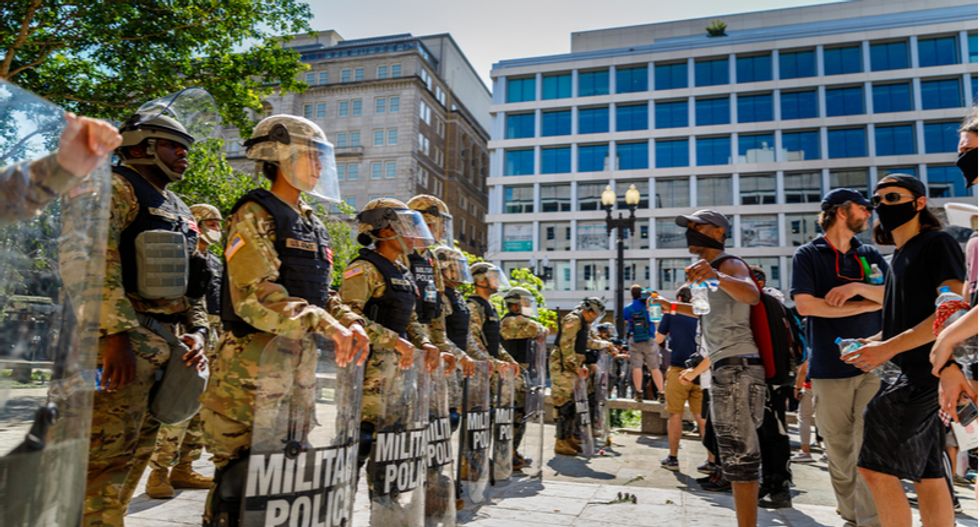 Following worldwide outrage against police brutality and the death of George Floyd, the United Nations (U.N.) Human Rights Council will hold an “urgent” debate on “systemic racism, and police brutality against peaceful protesters” that continually takes place in the U.S. on Wednesday, the U.N. body announced. Floyd, a Black man, was violently killed by the police on May 25, when an officer put his knee on Floyd’s neck for nearly nine minutes. The decision to hold the debate follows a request made by a group of African countries, led by the permanent representative of Burkina Faso, Désiré Sougouri.

On behalf of 54 African countries, Sougouri told the council Monday that Floyd’s death is “not an isolated incident. The numbers of previous cases of unarmed people of African descent who met the same fate because of uncontrolled police violence are legion.” He added that: "After the widespread indignation over this situation it would be inconceivable that the Human Rights Council not deal with these questions, which are very relevant in accordance with its mandate.”

In addition to the 54 African countries calling for justice, a group of U.N. leaders identifying as from African descent including World Health Organization Head Tedros Adhanom Ghebreyesus issued a statement demanding for world leaders to be more proactive. “We owe it to George Floyd and to all victims of racial discrimination and police brutality to dismantle racist institutions,” the statement reads. “As leaders in the multilateral system, we believe it is incumbent upon us to speak for those whose voices have been silenced, and advocate for effective responses that would contribute to fight systemic racism, a global scourge that has been perpetuated over centuries.”

African countries and individuals who identify as African are not alone in this fight; racial injustice is a worldwide issue. According to UN News, more than 600 human rights groups have called for an investigation into police violence after Floyd's death.

“This is a topic which is not just about one country, it goes well beyond that,” Elisabeth Tichy-Fisslberger, Austria’s ambassador who serves as the current president of the council said. The meeting Monday to discuss the debate came as the council’s first meeting in three months due to the coronavirus. "As you have seen with demonstrations all over the world, including here in Geneva, so this is a topic that is not about just one country, it goes well beyond that," Tichy-Fisslberger said. "When I said it's not against the United States, I mean there are complaints about a lot of racism in many countries of this world, of course in Europe, but not only; you find it all over the world."

The U.S. is not a member of the 47-member state council in Geneva. Two years ago, after claiming that the council had a bias against Israel, then U.S. Ambassador to the U.N. Nikki Haley called the council “hypocritical and self-serving,” before announcing the U.S.’s withdrawal from membership. Because the U.S. is no longer a council member, it will not be able to vote on the matter of any resolution, however, it will be permitted to participate in the debate. The draft resolution calls for an international commission of inquiry to investigate the “deaths of Africans and people of African descent” in the U.S., The Washington Post reported.

Floyd’s family has shown support for U.N. involvement and advocacy efforts toward ending police brutality and racial injustice. “I want people across the world and the leaders in the United Nations to see the video of my brother George Floyd, to listen to his cry for help, and I want them to answer his cry,” Floyd’s brother Philonise Floyd said in a statement shared by the American Civil Liberties Union. In addition, Ben Crump, the lawyer representing Floyd’s family, also tweeted that his legal team has submitted an appeal to the U.N. to intervene, including "encouraging the U.S. government to press federal criminal charges against involved officers and making recommendations for systemic police reform."

The conversations and actions needed to end police brutality and racial injustice go beyond the border of the U.S. Racial inequality exists worldwide in various forms including microaggressions and colorism that perpetuate injustices against African and Black folk. Urgent action is needed now. Black folks have faced generations of oppression and violence and we cannot remain silent.

The debate on racism and police brutality will be available to view via livestream on the U.N.'s website.