Trump's polling collapse puts Ohio back on the map 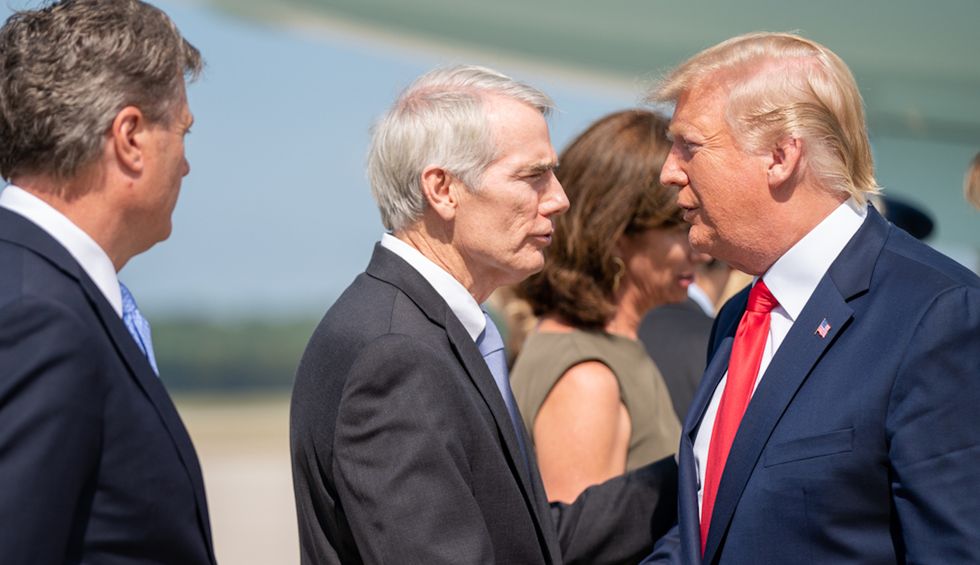 Once upon a time, Ohio was the ultimate swing state. President Barack Obama won it as recently as 2012! But then, non-college whites turned sharply in favor of bunker-hiding Donald Trump, and Ohio was both (82% non-Hispanic white, and ranked 35th in college graduates). Trump won it easily by over 8 points.

So Ohio wasn’t included in the early tally of 2020 battleground states. Early polling wasn’t encouraging for Democrats, and there were seven other states that would clearly decide the November contest: Arizona, Florida, Georgia, Michigan, North Carolina, Pennsylvania, and Wisconsin.

But, you can now officially add Ohio to that list.

As I wrote in my last story, we’re seeing clear correlation between Trump’s personal ratings, and his head-to-head matchups. In other words, whatever his favorability rating is, that’s what he’s pretty much getting against presumptive Democratic nominee Joe Biden. Here are the four last Civiqs state polls:

Also, in the last story, I wrote about Trump’s overall collapse in his personal approval ratings. Well, Ohio has had a more exaggerated collapse compared to the country at large.

During impeachment, Trump had a +4 favorability rating in Ohio, or 51-47. That’s important because it meant he was likely over 50% in head-to-heads against Biden. We were right to keep the state off the battleground map.

However, those approvals have dropped a net total of 12 points, to an anemic 45-53. So what other states have approval ratings in that -8 range?

Trump’s ratings in Ohio are a hint worse. Trump’s Ohio ratings are still better than they are in Georgia and North Carolina, two states we know that he is narrowly losing. But they’re all in the same range, with Trump getting roughly 45-46% of the Trump versus Biden vote. He’s slipped away from that 50% mark. The state is in play. And it makes that Fox News poll last week showing Biden leading in Ohio 45-43 make plenty of sense.

Now Ohio won’t be deciding this election. If Biden wins the state, it’s because he already won the other seven battlegrounds. There is no scenario imaginable in which Ohio casts any deciding Electoral College votes. (Iowa and Texas are in a similar situation, as well as Minnesota and Nevada for Trump. If he wins those last two states, he’s already won the election.)

What it means is that a panicking Trump campaign is already spending money trying to shore up the state.

Over the past few weeks, the president’s operation has spent about $1.7 million on advertising in just three states he carried in 2016 — Ohio, Iowa and Arizona — that it had hoped would not be competitive at all this year. Much of that sum went to a concentrated two-week barrage in Ohio [...]

As I wrote last week, this spending is proof that Trump’s campaign is either being driven by Trump’s whims—he likely hates the idea that he’s losing Ohio, or his campaign manager Brad Parscale is utterly incompetent. Again, if they lose Ohio, they already lost the election, so why waste money there when Arizona, Michigan, Pennsylvania, and Wisconsin have all fallen seemingly out of reach?

(To spare you the math, picking up just those four states—Arizona, Michigan, Pennsylvania, and Wisconsin is a 289-249 Biden victory. Including North Carolina, which also has a Trump double-digit approval deficit, makes it 304-234 Biden.)

But whatever the motivation to piss away millions in Ohio, it again proves that the state is in serious play. And that is, quite simply, remarkable. There’s nothing about the state that suggests it should be competitive. It seemed headed into Missouri territory—a once competitive state relegated by demographics to solid red status. And yet, here we are.

Ohio, welcome back to swing-state status!