Trump's effort to seize Pentagon funds for border wall dealt huge blow in federal court: 'No one is above the law' 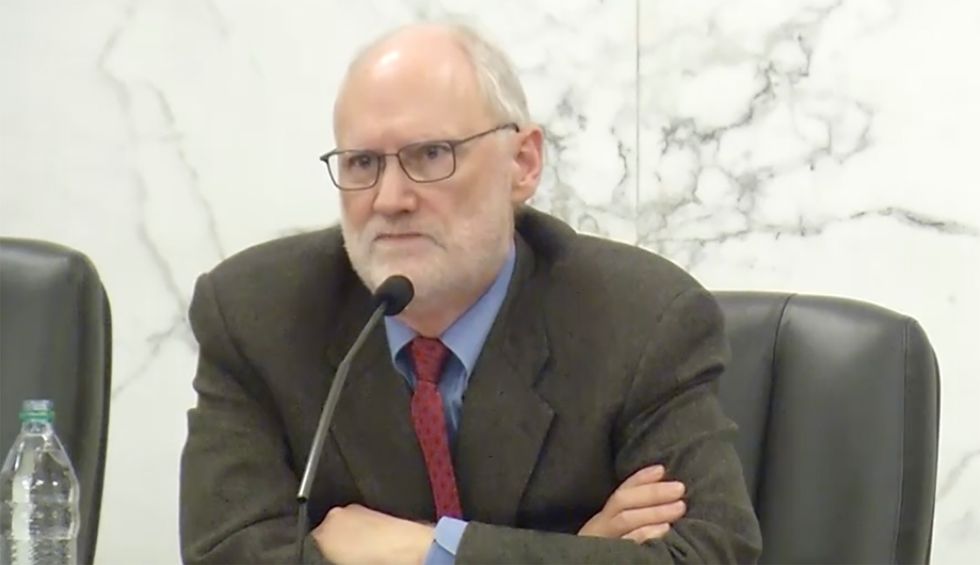 The Ninth Circuit Court of Appeals handed President Donald Trump another rebuke Friday by ruling that the administration's efforts to redirect previously appropriated Pentagon funds towards his border wall was an unlawful violation of the Constitution.

"These funds were appropriated for other purposes, and the transfer amounted to 'drawing funds from the Treasury without authorization by statute and thus violating the Appropriations Clause,'" wrote Chief U.S. Circuit Judge Sidney Thomas in the majority opinion."Therefore, the transfer of funds here was unlawful."

According to the 2 to 1 decision authored by Thomas, "the border wall was not an unforeseen military requirement, and that funding for the wall had been denied by Congress. Absent such statutory authority, the Executive Branch lacked independent constitutional authority to transfer the funds at issue here."

California Attorney General Xavier Becerra, among those who have challenged the legality of Trump's redirection of the funds, welcomed the decision, saying the "court reminded the president—once again—that no one is above the law."

The ruling came in a lawsuit, Sierra Club v. Trump, which was filed by the American Civil Liberties Union (ACLU) on behalf of the Sierra Club and Southern Border Communities Coalition. Though the Trump administration is certain to appeal the ruling, the ACLU said the court's decision was a clear vindication for the merits of the legal challenge brought.

"This ruling is a win for the rule of law, the environment, and border communities," Dror Ladin, staff attorney with the ACLU's National Security Project, said in a statement. "President Trump's xenophobic wall is already leveling protected lands, desecrating cultural sites, and destroying wildlife. There's no undoing the damage that's been done, but we will be back before the Supreme Court to finally put a stop to this destructive wall."

Gloria Smith, managing attorney at the Sierra Club, applauded the ruling as "monumental for our border communities and desert wildlands" the stretch along the U.S.-Mexico border.

"We should be protecting communities, our democracy, and the environment, not tearing these things apart as Trump hoped to do," said Smith.  "We rise with border communities to stop this administration from further inflicting its relentless agenda-- harming the people and places we know and love."