Trump’s advisers and aides fear he is sabotaging his own reelection campaign: report 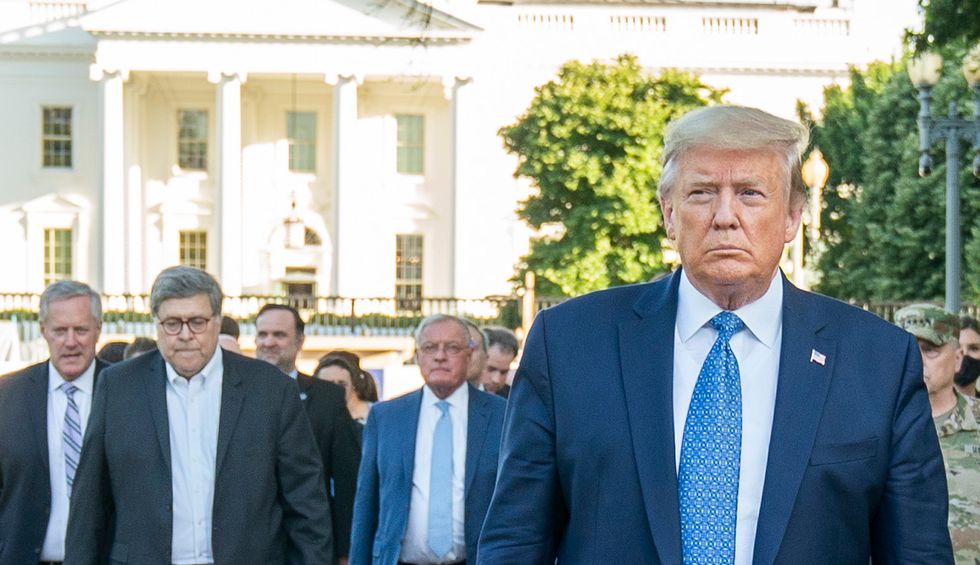 A common defense of President Donald Trump that one hears from his supporters is: sure, he’s brash and impulsive and sometimes tweets too much, but look at how much he is getting done. However, New York Times reporters Maggie Haberman and Annie Karni — in an article published on June 17 — stress that some of Trump’s aides and advisers fear that he has been sabotaging own reelection campaign during the coronavirus pandemic and the George Floyd protests.

“The president’s customary defiance has been suffused with a heightened sense of agitation as he confronts a series of external crises he has failed to contain — or has exacerbated — according to people close to him,” the Times journalists explains. “They say his repeated acts of political self-sabotage — a widely denounced photo-op at a church for which peaceful protesters were forcibly removed, a threat to use the American military to quell protests — have significantly damaged his reelection prospects. And yet, he appears mostly unable or unwilling to curtail them.”

For example, Trump recently set off yet another controversy when, on Twitter, he said of protestors: “when the looting starts, the shooting starts.” According to Haberman and Karni’s sources, Trump’s aides were worried about that tweet — and the president’s response was, “I have to be myself.”

“He has complained that nothing he does is good enough, bristling at criticism that he hasn’t sufficiently addressed the death of George Floyd — a black man killed by the police in Minneapolis,” Haberman and Karni report. “The remarks he made about Mr. Floyd when he attended the launch of the SpaceX spacecraft should have been enough, the president told aides.”

Haberman and Karni note that the Times “interviewed more than a dozen people who speak or interact with the president frequently, including current and former White House aides, campaign advisers, friends and associates. Most spoke on condition of anonymity to candidly discuss internal White House affairs, and to avoid retribution.” And many of them believed that Trump’s behavior is benefitting former Vice President Joe Biden, the presumptive 2020 Democratic presidential nominee. Trump has been trailing Biden in recent polls; for example, a Reuters/Ipsos polls released this week found Biden ahead of Trump by 13%.

One interviewee who didn’t request anonymity from the Times is Rep. Peter King, a New York Republican. Comparing the crises of 2020 with what Trump faced during former special counsel Robert Mueller’s Russia investigation, King told the Times, “Mueller, in a way, was easy. It was a variation of what he’s had to deal with his whole career. He’s always fighting, and there’s always at least 40 or 50% of people who start out on your side….. This is different.”