Trump stuns viewers by saying the concept of 'chokeholds' is 'so innocent, so perfect’ 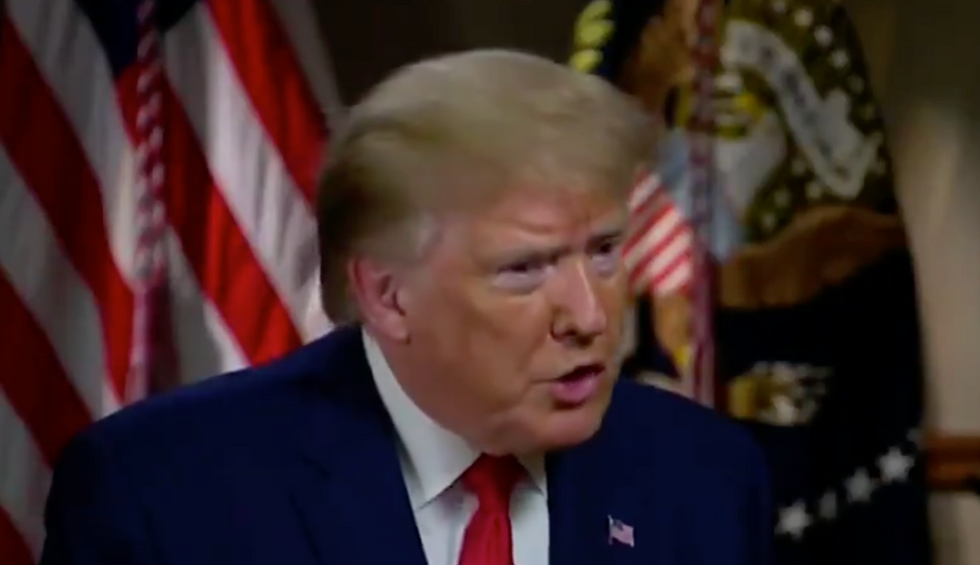 President Donald Trump is weighing in on critical issues in the national conversation, by defending police chokeholds as “innocent,” “perfect,” and at times necessary, while suggesting that perhaps they should be banned, yet offering hypothetical examples of when they are necessary. He also says the nationwide protests against the killing of George Floyd, by a white police officer who pressed his knee into the unarmed, handcuffed, Black man’s neck for nearly nine minutes, are not only “unnecessary,” but “riots.”

“I think the concept of chokeholds sounds so innocent, so perfect,” Trump told Fox News host Harris Faulkner in a pre-recorded interview that aired Friday afternoon, “and then you realize if it’s a one-on-one now if it’s a two-on-one that’s a little bit of a different story – depending – depending on the toughness and strength, you know we’re talking about toughness and strength, we are talking there’s a physical thing here also.”

“But if a police officer is in a bad scuffle, and he’s got somebody in a chokehold –”

“What if it’s a one-on-one?” Faulkner interjected.

“Yeah – and that does happen, that does happen,” Trump replied. “So you have to be careful. With that being said, it would be, I think, very good thing that generally speaking, it should be ended.”

In a different part of the interview, Trump described the nationwide demonstrations that have been going on for nearly three full weeks as “riots,” calling them “unnecessary,” while making the case for why he should be re-elected.