Trump lashes out at James Mattis with a laughable lie 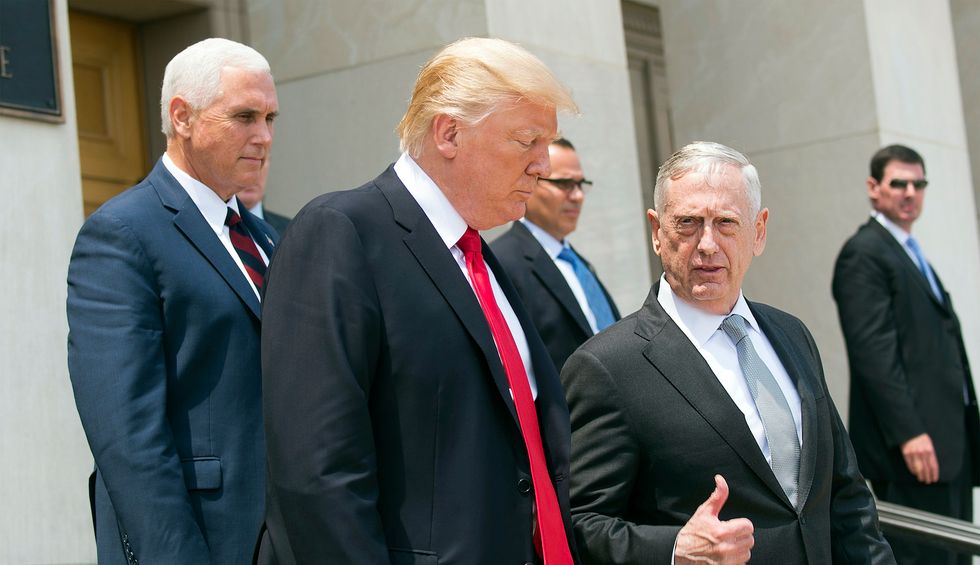 President Donald Trump clearly wasn't pleased on Wednesday when he learned that his former Defense Secretary James Mattis had spoken out against him. So the president responded in his usual and predictable way: lashing out on Twitter.

"Probably the only thing Barack Obama and I have in common is that we both had the honor of firing Jim Mattis, the world’s most overrated General," Trump wrote. "I asked for his letter of resignation, & felt great about. His nickname was 'Chaos', which I didn’t like, & changed it to 'Mad Dog'."

This was an obvious and laughable lie. At the time Trump announced Mattis as his new Defense secretary during the presidential transition, it was widely known that Mattis had been called "Mad Dog" for years. Trump seemed especially enamored with the nickname then. The Military Times reported that Trump previously made this odd claim about Mattis' nickname in March, though reports of the name can be found as far back as 2004.

When Mattis testified before the Senate for his confirmation hearing, he explained: "That nickname was given to me by the press, and some of you may have experienced similar occasions with the press where perhaps they didn't get it quite right." CNN reported that the nickname wasn't used by people who are actually close to Mattis.

Trump's claim that he asked for Mattis' resignation also doesn't hold up. Mattis' departure was widely covered at the time in December of 2018, and his resignation letter made a huge impact because it seemed to sharply criticize Trump. What is true, though, is that while Mattis intended to stay on for another two months, Trump forced him out much more quickly than he intended.

In addition to distorting the past, Trump also disparaged Mattis's job performance, despite the fact that he let the general lead the Pentagon for two years and personally appointed him.

"His primary strength was not military, but rather personal public relations. I gave him a new life, things to do, and battles to win, but he seldom 'brought home the bacon'," Trump added. "I didn’t like his 'leadership' style or much else about him, and many others agree. Glad he is gone!"

When he was running for president, Trump repeatedly said he'd succeed by hiring the best people. But over and over, top officials leave the administration in disgrace or disgust, and Trump suddenly seems to think they're not so great after all.