Trump itching to get back to Mar-A-Lago because there he's treated like a ‘king’: sources 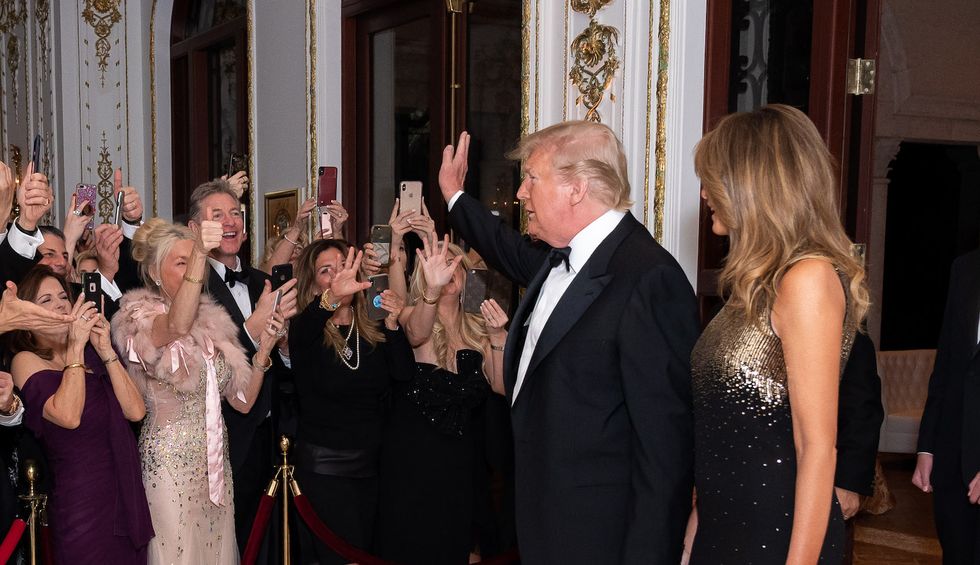 President Donald Trump is eager to turn the page on coronavirus and return to his pre-pandemic life, and he’s resuming some of those activities despite rising infection rates and widespread protests over police brutality.

Three sources familiar with the situation said the president expects to be criticized either way — he’s faced accusations that he’s “hiding” from protesters inside the newly fortified White House, and he’s been criticized for golfing during the unrest — so he’s going to do what he wants, reported Politico.

“If he’s telling the world it’s okay to get back to your life,” said one Republican who speaks to Trump, “at some point he has to get back to his life.”

Trump will fly to Dallas for an event Thursday on racial justice and then a $10 million fundraiser, and he will then fly to his Bedminster, New Jersey, golf course for his first visit to one of his namesake resorts since stay-at-home orders went into effect in March.

He will next deliver a commencement address over the weekend in New York, and next week he will hold his first campaign rally, in Tulsa, Oklahoma, since the shutdowns began, and he’s planning rallies in Arizona, Florida and North Carolina.

“I think we need to get going,” said developer Hossein Khorram, a Trump Victory Washington State finance co-chair. “I think this whole thing is overdone. It’s time to resume life. It’s past due. It’s about time.”

Trump is especially eager to return to the golf courses and Mar-A-Lago resort, where he mingles with fawning club members and longtime friends.

“Going to Mar-a-Lago or going to Bedminster, those are the settings where he’s most comfortable,” said Mike Ferguson, a former GOP representative who has golfed with Trump at Bedminster. “It’s not just familiarity of surroundings, it’s the people he’s with. He sees members of the club who he has known for many years from before. These are actual friendships, these are actual relationships. He can ask their frank advice and get an unvarnished view. It’s an important perspective for any public official.”

Trump has visited his own properties more than 350 times since his inauguration, and he’s itching to get back to the places where he’s most comfortable.

“He’s the president,” said Mississippi physician and Mar-A-Lago guest Sampat Shivangi, “but he’s the king when he goes there.”