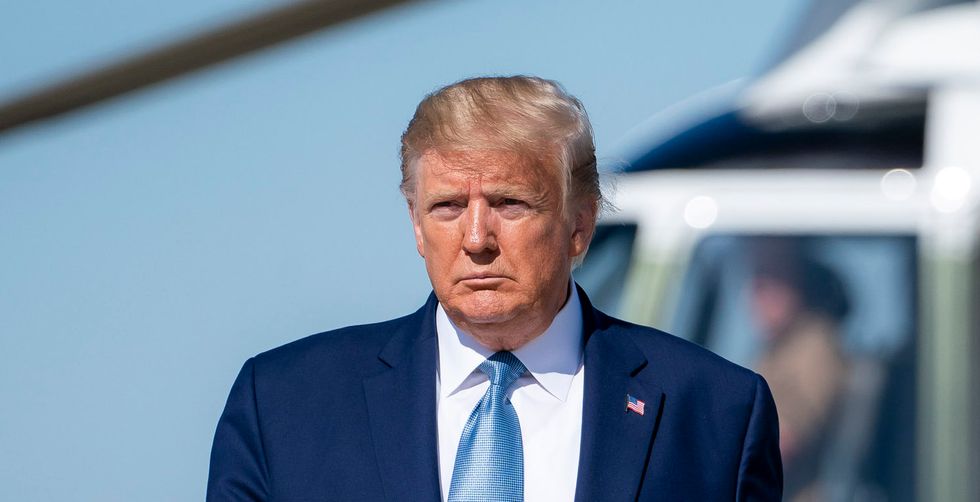 President Donald Trump appears to be fuming over a series of polls that show him losing by a wide margin to the presumptive Democratic nominee, Joe Biden. One poll in particular, CNN’s shows Biden beating Trump by 14 points.

Monday morning he tried to trash the CNN poll as “Fake,” and Monday afternoon he claimed he had hired a “highly respected pollster” to analyze CNN’s work.

“They are called SUPPRESSION POLLS, and are put out to dampen enthusiasm,” Trump claimed of the CNN poll. “Despite 3 ½ years of phony Witch Hunts, we are winning, and will close it out on November 3rd!”

There is literally zero evidence of that. As NCRM reported earlier Monday, out of the 134 polls over the past 15 months that RealClearPolitics has recorded, Trump beat Biden in only 4, and by at most just 4 points.

But what’s striking is the President of the United States chose to hire a polling firm, McLaughlin & Associates, whose results are ranked as a “C” or a “D” by FiveThirtyEight.

NBC News’ Benjy Sarlin offered up some headlines and articles about McLaughlin & Associates:

In 2017 The Daily Beast called them the “GOP’s Worst Pollster.”

Many on social media mocked Trump for being obsessed with the polls instead of doing a good job, and for the pollster he chose to refute the CNN poll.

@realDonaldTrump This guy? “McLaughlin is known in the industry as someone who sometimes tells his clients what th… https://t.co/qkrV1YtY9C
— Katie Phang (@Katie Phang)1591644960.0